Why African Leadership Matters to Health

Why African Leadership Matters to Health 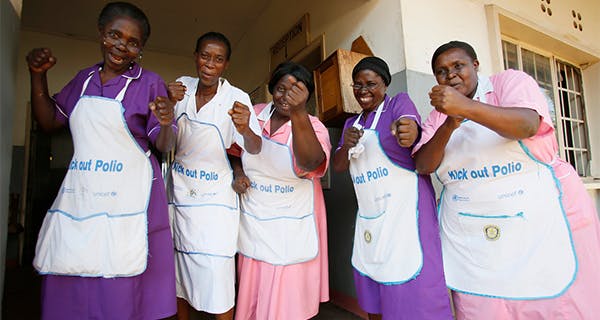 This week, over 40 leaders from across Africa will come together in Washington, DC for the first U.S.-Africa Leaders Summit.  And perhaps nowhere is leadership more important on the continent than an issue like health.

The unprecedented Ebola outbreak is one example.  To date, there have been nearly 1400 cases in 4 West African countries – spreading more rapidly across borders than any Ebola outbreak in memory. Tackling such an emerging threat requires both the tireless and fearless dedication of thousands of frontline health workers, coupled with political leadership.  On Friday, the presidents of Guinea, Liberia, and Sierra Leone met with WHO Director-General Margaret Chan to launch a $100 million Ebola Virus Disease Outbreak Response Plan that will intensify the international, regional, and national campaigns to control the outbreak. This task may take several more months, and the commitment of high-level officials will be critical to ensuring that these efforts are ultimately successful.

While polio eradication efforts may not be making headlines like Ebola, this work is another important example of how strong African leadership can work effectively and in close coordination with international organizations to confront major health threats.  Globally, tremendous progress has been made towards ending polio; since 1988, cases have decreased over 99 percent to only 416 in 2013.  Nigeria is now one of only three countries – and the only African nation – where the disease remains endemic.  Thanks in part to the leadership of President Goodluck Jonathan, cases in Nigeria have decreased from 40 this time last year to just 5 thus far in 2014.  However, outbreaks in the Horn of Africa and Central Africa are important reminders that the virus does not respect borders and continued vigilance is essential to wipe out the disease.  A polio-free Africa is attainable, but requires leaders across the continent to reaffirm their commitment to eradication efforts.

Under the framework of the Millennium Development Goals (MDGs), we have witnessed unprecedented efforts to meet the needs of the world’s poorest populations. We have seen the mortality rate of children under 5 cut nearly in half. We have seen millions of lives saved through prevention and treatment of diseases such as malaria, TB and HIV/AIDS. And in large part this is due to smart leadership – from frontline health workers, civil society, the private sector, and governments – across the continent of Africa.  How the continent takes that leadership forward – through the last 500 days of the current MDGs and into the next global development agenda – will be up to today’s leaders, as well as the next generation of Africans.

Last week, I had the privilege of speaking to some of those future leaders at a summit of the Young African Leaders Initiative Network. This group of bright, motivated, talented individuals reminded me that we cannot simply think about the next 500 days; we cannot simply think about today’s leaders. This week’s summit offers a starting point for a conversation about sustainable development in Africa – including sustainable progress on health – that will continue beyond the MDGs and beyond the presidents of this day, one that will extend past 2015 and to the future leaders of tomorrow.