Where Children Go When They Have Nowhere Else To Go

Where Children Go When They Have Nowhere Else To Go 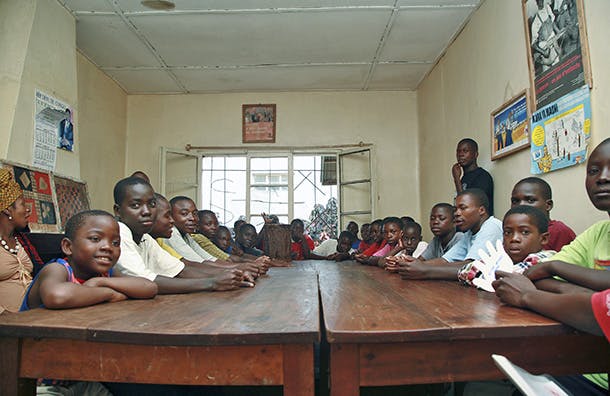 It took everything I had to avoid bursting in tears yesterday during a visit to a UNICEF children’s center in Kinshasa, the Democratic Republic of Congo. But tears wouldn’t have helped the situation.

When I walked into the small group of low-slung buildings down a dirt alley strewn with garbage, Dorcas and Christian-vie grabbed my hand. They immediately called me Pa Pierre; they were starved for attention. But why wouldn’t they be?

Dorcas, Christian-vie, and 30 other girls under the age of 12 had been tossed out of their homes by their parents because they were suspected witches. Yes, you read that right, witches.

In some families in DR Congo going through difficult situations – sudden unemployment, the death or sickness of a family member, or even bad luck – a child can been blamed and forced to live on the street in one of the poorest countries in the world, with no social safety net.

Dorcas and Christian-vie are no more than 6 years old, and Christian-vie has lost all her hair. UNICEF ensures these girls have a place to sleep and food to eat. Education will have to wait – there are no resources available. 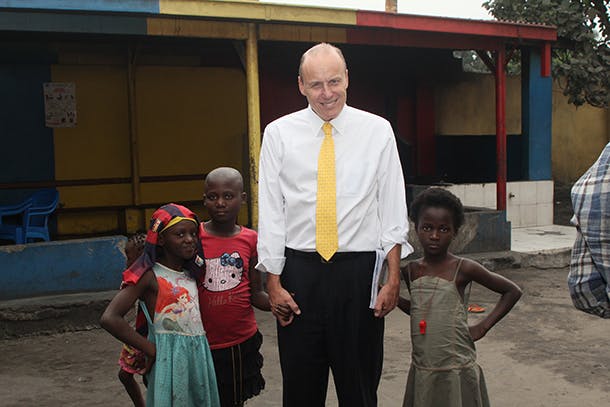 But it’s better than living on the street, like the boys we met at the next UNICEF center focused on street kids. Showers and food were available, but most boys spent the night on the street. A 6-year-old named Moses was being watched after by a 9-year-old boy. Shocking. And yet I was happy that Moses was not alone.

As a parent of two boys, I am so thankful that the UN and UNICEF are doing what they can to provide meals and reunite girls and boys with sympathetic family members until something can be worked out.

I know I will give my boys a big hug when I return home on Saturday, and I will continue to fight for UNICEF funding.

I will also continue to support the UN Foundation’s Girl Up campaign, which works closely with the UN to ensure that the people trying to help girls around the world get the resources they need.

To learn more about UNICEF and support its work, visit unicef.org.