Where are the Innovators to Address Climate Change? Everywhere

Where are the Innovators to Address Climate Change? Everywhere 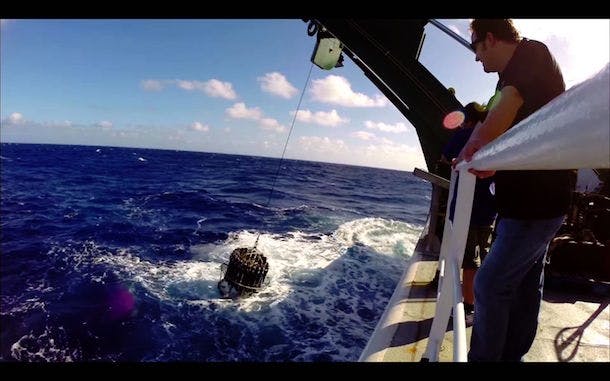 By Dr. Paul Bunje, Principal and Senior Scientist at the XPRIZE Foundation

What do a team of mechanical engineers from Missoula, Montana know about ocean acidification? Turns out, a whole lot.

This summer, as I was standing on the deck of the R/V Kilo Moana in the North Pacific for the deep sea trials of the Wendy Schmidt Ocean Health XPRIZE, I was humbled not just by the incredible achievement of the finalists aboard the ship, but also what can happen when a global community of innovators focus time and resources on solving a Grand Challenge.

In today’s interconnected world, access to information is decentralized and innovation can come from anywhere. It can come from a from a high school student in Texas who recently invented a $30 device that turns a car’s CO2 emissions into oxygen. It can come from a fruit vendor in India who is driving his prototype solar car 6,000 kilometers to Delhi. Or from a young innovator in South Africa who grew up in the small village of Mthatha and began experimenting with rocket fuels in his mother’s kitchen before founding a company that makes micro fuel cells.

And it can come from the land-locked state of Montana where Sunburst Sensors created a breakthrough to address ocean acidification by developing incredibly accurate and affordable pH sensors that can measure the ocean from the coast to its deepest depths. Sunburst Sensors was part of a huge expansion of innovators though; there were dozens of teams from around the world competing in that XPRIZE, and together they tripled the number of tools for measure ocean acidification, a lesser-known “twin” of climate change caused by CO2 emissions.

As governments from around the world meet in Paris at COP21 to discuss climate change, there is real, refreshed optimism that a critical mass of nations will agree to act boldly. While government action is absolutely critical, it isn’t sufficient alone.

We know there’s no silver bullet to address climate change. But rather than making us feel hopeless, this should inspire us. Imagine if 100, 1,000, or 10,000 innovators like the team from Montana each brought us one important step closer to solving this global problem. Imagine if we made climate change everyone’s Grand Challenge.

That’s why XPRIZE recently launched the $20M (USD) NRG COSIA Carbon XPRIZE, a global competition to incentivize technologies that convert CO₂ emissions into valuable everyday products like building materials and alternative fuels. Innovation can be a powerful lever for climate action, and so many bright minds around the globe are the living proof.

I believe that technology breakthroughs over the next 5, 10, or 20 years can help ensure that access to energy isn’t at odds with our planet – and that countries and regions, cities and villages alike are empowered to choose among a variety of cost-effective and resilient energy systems that meet people’s needs. And we live in a time where the power to create sustainable development pathways rests in the hands of anyone, because innovators are everywhere.

Throughout my career, I’ve had the opportunity to get to know countless scientists and entrepreneurs working on solutions to help address climate change, from every corner of our world. If their ingenuity and resolve is any guide, we can do this.