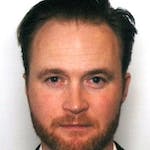 This statement from activist and founder of SheSays, Trisha Shetty was a stark reminder of a too often overlooked symptom of the COVID-19 era. Never before have we faced such an onslaught of threats to civic space, and yet safe and inclusive civil society participation could not be more essential to our shared ability to build back better in a post-COVID-19 world. The issues of participation, critical dialogue, government accountability, and a deeper and more profound inclusion of the voices of civil society in national and international deliberations was a recurring theme throughout UNGA75 and the main focus of a high-level event on safeguarding civic space in the era of COVID-19 co-hosted by the permanent missions of Costa Rica and Denmark to the UN, the UN Foundation, Global Focus, ActionAid International, and Action for Sustainable Development.

The global pandemic has laid bare inequalities in all aspects of life, including widening socioeconomic disparities, a more visible gender gap, deeply rooted racial inequities, and the fragility of basic human rights to free speech, free assembly, and strong democratic institutions. It’s why we must guarantee meaningful participation of all in public life, adapting to reach the most vulnerable people during a pandemic.

“We must create safe channels to attract women, youth, minority groups, people with disabilities, the elderly, and others to join the conversation,” UN Deputy Secretary-General Amina Mohammed said at the high-level event Oct. 2.

Since the health crisis began, human rights violations have been on the rise and civic spaces already under pressure have continued to shrink. There have been far too many examples across the globe of activists and human rights defenders imprisoned, labor movements attacked, and clampdowns both online and in person on dissenting voices and peaceful protests.

“This we must not accept,” said Trine Rask Thygesen, state secretary for development policy for the Ministry of Foreign Affairs in Denmark. “Now more than ever we need to stand up for human rights, democracy, and the rule of law.”

In February, United Nations Secretary-General António Guterres called for the protection of human rights in light of the public health emergency, pressing leaders to keep people and their rights at the center of their governments’ responses to ensure no one is left behind. Those efforts, the Deputy Secretary-General emphasized, can be achieved only if all of us preserve the values of participation, inclusion, equality, and diversity in public life.

“These indivisible and interdependent rights are essential in the response and recovery from the COVID-19 crisis,” said Rodolfo Solano, minister of foreign affairs and worship of Costa Rica. “Not only because citizens are the main recipients and beneficiaries of state action, but also because of the importance of their understanding of what is at stake. Legality does not compensate for the legitimacy of a decision, but rather the intangible and sovereign power granted by the informed consent of a given community.”

Civil society was clearly woven into the fabric of the United Nations charter with the words “We the Peoples,” and it has been essential in addressing every challenge from public health, to peace and security, to how the UN system delivers on its goals now and in the future.

“We won’t have a healthy future without a healthy, vibrant civic space,” Elizabeth Cousens, president and CEO of the UN Foundation, said at the event.

Despite the acknowledged importance of civic space, current trends show we are moving in the opposite direction.

Even before the global health pandemic, statistics on access to civic spaces had been troubling, with ActionAid International assessing that only 3% of the world’s population lives in countries where civic freedoms of associations and peaceful assembly were adequately protected.

“We’ve seen that authoritarian regimes or regimes with authoritarian elements have immediately started using COVID-19 as a cover to ramp up their abuse of human rights and to clamp down on civic space in very significant ways,” Julia Sánchez, secretary general of ActionAid International, said during the discussion.

In India, Trisha Shetty, an activist and the founder of SheSays, described the stark reality faced by many: “This is happening. This is real. This is not an intellectual game for us,” she said. “As we speak right now, people are on the streets fighting for justice, for human rights.”

Human rights defender Juliana Makonise of Activista Zimbabwe noted the shift from COVID-19 response to repression and the fear activists and human rights defenders live with and must overcome to carry out their work.  “There is no freedom of speech, or rather, there is no freedom after speech – whatever you say will be used against you”, she said and continued: “Human life matters,” said Makonise. “That’s why we are saying, ‘Zimbabwean lives matter. African lives matter. We all matter.’ Our lives really need to be prioritized.”

Alessandra Nilo, co-founder and executive director of the Brazilian nongovernmental organization Gestos, joined Makonise and Shetty on the panel in insisting that governments be called out when they violate critical rights, adding that “it is important for the UN to set the example and show how countries could be more inclusive of civil society.”

To build “forward better,” Sánchez and others offered several suggestions, including ensuring that all responses to COVID-19 be rooted in international human rights; that states and other actors be held accountable if they use the pandemic as cover to criminalize or impose unjustified restrictions on civil society; and that a revived and reformed multilateralism must put people at the center of the agenda. Other suggestions pertaining to the workings of the UN included appointing a special UN envoy for civil society, securing meaningful and deeper inclusion and participation in UN processes and events, and taking advantage of the positive traits of the current virtual setting and new technologies to strengthen inclusion.

We need an expansion of civic space — space that is open and elevates the voices of all and encourages young people to shape their future. As Jayathma Wickramanayake, the Secretary-General’s envoy on youth, stated, “Young people are always seen as ‘adults in training’ and are not enjoying the full human rights … young people do have a right to participate in public affairs on matters that affect their futures directly.”

UN High Commissioner for Human Rights Michelle Bachelet also stressed that governments must ensure that those who speak out don’t suffer reprisals, that the voices of the most excluded and marginalized people have an impact on policies, and that governments embrace criticism, “the backbone of sound decision-making.”

To do so we need to take steps nationally, regionally, and globally. Nationally and regionally all political parties, institutions, and stakeholders should sound the alarm and act when restrictions are placed on basic human rights under the guise of responding to or containing the pandemic. Internationally we need to embody the idea behind ‘We the Peoples’ by building deeper and more inclusive spaces for civil society to engage in the work of the United Nations.

This blog was co-authored by Kavita Desai, Monica Palid and Thure Krarup

Standing With WHO: Solidarity in the Fight Against COVID-19

Pride and Prejudice in a Pandemic: Intersecting inequalities of LGBTI, BLM, and COVID-19 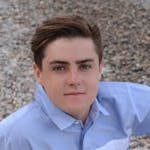 Why Human Rights are Central to COVID-19 Response