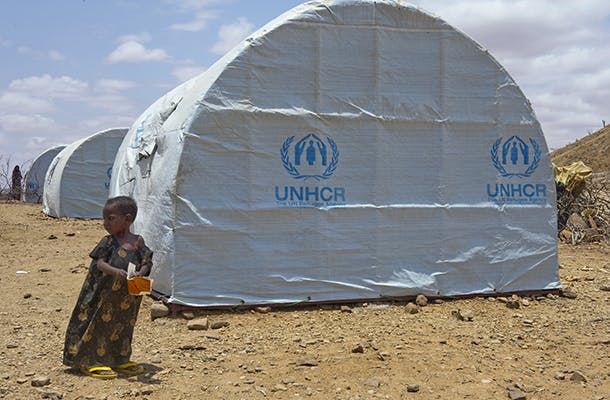 On the margins of this year’s United Nations General Assembly, there are two key events focused on refugees that we’ll be watching closely as the world continues to grapple with the largest refugee crisis ever.

The first is the UN Summit for Refugees and Migrants hosted by the President of the General Assembly on September 19 at UN Headquarters in New York City. The summit will bring the international community together to come up with a blueprint for a better international response to address the needs of refugees and migrants.

The second is the Leaders’ Summit on Refugees on September 20, which is hosted by U.S. President Obama and leaders from Canada, Ethiopia, Germany, Jordan, Mexico, and Sweden. This summit, which complements the previous day’s meeting, will bring together Member States at the UN to make new commitments to assist the refugees.

UN Secretary-General Ban Ki-moon has persistently called for world leaders and global citizens to stand with refugees. However, what can we expect President Obama to say on the refugee crisis during the UN General Assembly? Here’s a hint based on what his top advisors have been saying:

“The United States is determined to find solutions. That is why, on September 20, at the UN General Assembly in New York, President Obama will host a Leaders’ Summit on Refugees asking nations to make concrete commitments toward expanding the humanitarian safety net and creating more long-term, durable opportunities for refugees. In the meantime, we will remain committed to providing humanitarian assistance across the globe, while also expanding our own refugee resettlement program – from nearly 70,000 admitted last year to 85,000 from across the world in 2016.”
Secretary John Kerry, U.S. Department of State

“In the current crisis, not doing more puts global stability and our nation’s security at heightened risk. While we often overstate the security threats and economic costs of resettling more refugees, we routinely understate the likely consequences of failing to muster the global response that is needed.”
Ambassador Samantha Power, U.S. Permanent Representative to the United Nations

“Today’s refugee crisis is a global crisis that effects all of us and requires a global response. Together, we can be part of the solution by supporting the international humanitarian system so that it can effectively respond to the needs of refugees across the globe, while simultaneously welcoming refugees by recognizing their dignity and contributions to societies everywhere.”
Assistant Secretary Sheba Crocker, U.S. Department of State

How can you get involved?