What is the OPCW?

What is the OPCW? 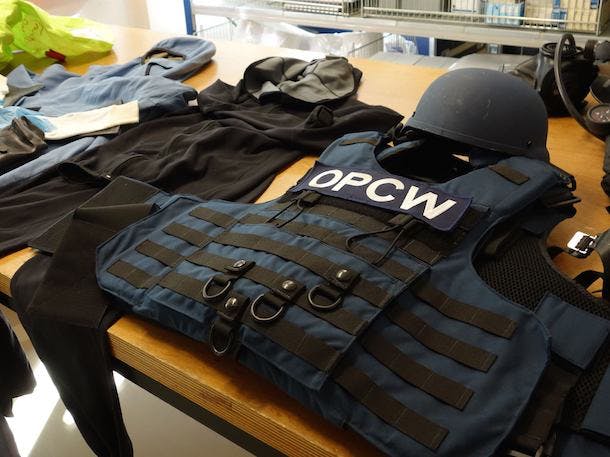 In recent weeks, the Organization for the Prohibition of Chemical Weapons (OPCW) has appeared across international headlines, as inspectors from the OPCW have been deployed to Syria to establish the facts around the allegations of chemical weapons attack in Douma, Syria.

So, what exactly is the OPCW and what does it do?

The OPCW’s Creation and Mission

The OPCW’s mission is to implement the Chemical Weapons Convention, the international agreement that bans chemical weapons, which are a grave threat to international security and humanity.

When the convention entered into force in 1997, the OPCW was formally established as an autonomous and independent organization working toward a world free of chemical weapons. According to the OPCW website, the Chemical Weapons Convention prohibits the “development, production, acquisition, stockpiling, retention, transfer, or use of chemical weapons” and has four key provisions:

Based in The Hague, Netherlands, 192 Members States have joined the OPCW, representing about 98% of the world’s population, as well as 98% of the global chemical industry.

The OPCW has an official working relationship with the United Nations to foster cooperation on matters of mutual concern.

For example, in recent years in Libya, the OPCW mobilized international support, which included technical expertise, equipment, personnel, and financial resources, to remove and destroy the country’s Category 2 chemical weapons.

The OPCW also plays an important role in strengthening international security by creating tools and methods for defining and detecting chemical weapon agents, as well as monitoring emerging technologies of potential concern.

Since the creation of the OPCW more than two decades ago, approximately 96% of state-declared chemical weapon stockpiles around the world have been destroyed.

Altogether, the OPCW earned a Nobel Peace Prize in 2013 “for its extensive efforts to eliminate chemical weapons.”

In 2014, following allegations of chemical weapons use in Syria, the OPCW Fact-Finding Mission was established. In 2015, the mission’s continued operation was endorsed by the UN Security Council and the OPCW Executive Committee. The mission confirmed the use of chemical weapons and its work formed the basis of the OPCW-UN Joint Investigative Mechanism, an independent body established to identify the perpetrators of the attacks and whose mandate ended in December 2017.

Currently, the OPCW’s Fact-Finding Mission has been deployed to Syria to investigate allegations of chemical weapons use in Douma on April 7.

While challenges remain, OPCW continues to serve a vital role as an independent organization enabling international cooperation and progress on ridding the world of chemical weapons. The devastating impacts these weapons have had in the past, and the potential for their use in the future, are a reminder of the importance of global engagement through the Chemical Weapons Convention and the OPCW.

As former UN Secretary-General and UN Foundation Board Member Kofi Annan said about chemical disarmament at the first meeting of Member States back in 1997: