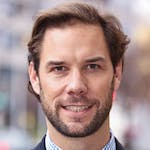 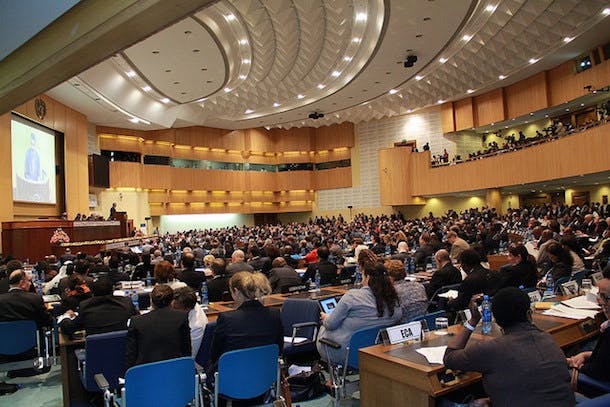 Editor’s Note: This blog originally appeared on the Brookings Institution’s Up Front blog.

Concepts, constraints, and conquests. These three words keep popping in to my head as people ask me how things went at the United Nations’ major financing for development (FFD) conference last week in Addis Ababa, Ethiopia. Allow me to explain why.

Addis was probably the most earnest international summit I have ever attended. Most political pronouncements were muted. The event seemed to frame a natural deadline for establishing a new conventional wisdom – one that respects the inherent complexity of development finance, including the broad range of private, public, and blended finance tools that need to be ramped up at all scales, as do fundamental procedures like building data systems for accountability.

Infrastructure’s overwhelming share of the sustainable development goal (SDG) investment gap prompted new awareness of the nuances around large-scale project finance and how those projects need to map to sustainability. In side events and throughout the hallways between meetings, people were focused on practicalities, with a common nod to the range of challenges to be tackled if the SDGs are going to be achieved.

Even the topic of “domestic resource mobilization” (think “taxes”) is back on the global front burner, although in a very different manner than a generation ago. Back then it fell under the shadow of structural adjustment, when developing countries resented rich country directives to get fiscal houses in order and scale back public expenditures. Today it is discussed under themes of autonomy and fairness. Many developing countries are quickly coming of age economically, graduating from the need for official development assistance (ODA) and sensing the opportunities for increased geopolitical independence. At the same time, citizens everywhere are focusing on firming up a level plane of responsibility for corporate actors with increasingly global footprints.

Despite pronouncements of raising sights “from billions to trillions,” the reality is that Addis took place at a time of flat-lined underinvestment in global public finance, at least from traditional sources. Public investment gaps remain stark in areas like education, agriculture, infrastructure, and environmental protection, and it was clear long before Addis that no OECD economies were going to announce serious incremental ODA investments this year. Some diplomatic dust-ups over the final stretch seemed a somewhat inevitable byproduct of the fact that there were no serious new resources on the table. Diplomats will always debate issues, as they should. But when a major process like this one has no game-changing offers to elevate everyone’s sights, much of the energy is subconsciously left to litigate small-bore issues and legacy debates.

Much of the geopolitical challenge is driven by the fact that emerging economies are now generating a majority of the world’s economic growth and providing the most significant new global investment initiatives (e.g., the Asia Infrastructure Investment Bank). The incumbent advanced economies are struggling to adjust to the new global playing field. The U.K. is the only G-7 country walking the talk by investing 0.7 percent of national income in ODA, matching longstanding leaders like Denmark, Luxembourg, Norway, and Sweden. European Union members recently reaffirmed the same target for 2030, but no one anticipates this will change individual country trajectories any time soon. Meanwhile, U.S. ODA investment is steady at less than 0.2 percent of national income and the Obama administration has shown no signs of persuading Congress to do more. Other countries like Australia and Canada are actually cutting ODA, even while celebrating specific investments in highly targeted areas.

For all the complexities and constraints, Addis did offer some victories of varying degrees, both inside and outside the formal diplomatic processes. Inside the U.N. conference center, the “Addis Ababa Action Agenda” included many agreements that, if taken seriously, can play an important role for the SDGs. Some of the most promising commitments include:

Some promising initiatives were announced outside the formal text too. One of these was the Addis Tax Initiative, under which the U.S. and other developed countries will double support for helping developing countries build their domestic resourcing systems. Another is the Global Partnership for Sustainable Development Data, which was launched with modest seed financing but could signal a new approach to building new public accountability systems that track resources to results.

These announcements complement the many big public and private development finance actions that have been taking shape around the world this year – a 2015 FFD theme of “Addis plus much more.” Things like the Gavi vaccine alliance replenishment, the launch of the aforementioned Asian Infrastructure Investment Bank, the launch of the New Development Bank, the Universal Financial Access 2020 initiative, and the Consumer Goods Forum’s commitment to cut food waste by half by 2025 represent only a few examples of major activities underway.

The Addis Action Agenda forms something of a memorandum of understanding for the next wave of FFD efforts. Many observers initially had hopes that 2015 would lead to more specific pledges and big commitments. In the end, enormous energy was required simply to hold ground and keep global FFD cooperation moving forward.

The next test of progress comes over the next two months, as diplomats finalize the SDGs for leaders to confirm on September 25-27 at UN headquarters in New York. Discussions of “goal 17” and post-Addis “means of implementation” will lie at the heart of the deliberations. Amid the vast array of embedded complexities and constraints, let’s hope the September summit can amount to an even more decisive victory for the ambitions of global collaboration.