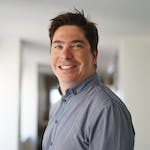 Wealthy countries have fallen behind on their climate finance commitments. Ahead of the G7 Summit, UN Secretary-General António Guterres has called on leaders to honor their collective pledge to support lower-income countries in tackling climate change and drive the global transition to a carbon-free world. G7 leaders are now expected to act swiftly to fill the remaining gap, exceed the $100 billion target before 2025, and double their bilateral climate support to $66 billion by 2025.

In 2009, wealthy countries pledged to collectively contribute $100 billion every year by 2020 to support lower-income economies with their transition to a resilient and low-carbon world. This foundational commitment is viewed as a pivotal symbol of multilateral cooperation and the political will of wealthy nations to help drive the low-carbon transition globally. At the upcoming G7 summit, leaders need to come together to address this commitment and identify gaps as well as ways to fill them.

Unfortunately, it is unlikely that the $100 billion target was reached in 2020: The latest (2018) figures from the OECD show that only $79 billion was contributed, and recent trends are not likely sufficient to have filled the gap in the past two years to get to the full $100 billion. G7 members need to acknowledge this gap and go beyond: They must take collective responsibility and lead more aggressively to deliver on the $100 billion global commitment. The recent communique from the G7 finance ministers recalled the original commitment but did not address the funding gap or provide assurances that it will be closed. However, it did send a positive signal by committing to increase and enhance contributions through 2025. This is consistent with the efforts by some G7 members to double their yearly contribution by 2024 and increase the share dedicated to climate change adaptation.

If we look at the size of recovery packages in developed economies last year, the climate finance gap is dwarfed in comparison. Not addressing it gives weight to the argument that wealthy countries lack political will to support low- and middle-income economies when it comes to climate mitigation. Moreover, it becomes unseemly to call on lower-income countries to invest in a “better” recovery when they don’t have the means to do so. This may have negative diplomatic impacts on the UN Climate Change Conference (COP26) negotiations later this year in Glasgow.

The reality is that between now and 2025, climate finance must significantly exceed $100 billion to adequately support developing economies’ needs in meeting the climate crisis. In negotiations leading up to the G7 summit, finance ministers have left the door open for some leaders in the group to increase their climate finance pledge. If taken, such a step would reassert the G7’s global influence, reassure those countries counting on G7 leadership, and help build a coalition of countries capable of driving ambitious climate action, thus ensuring success at COP26. The climate crisis alone demands a greater commitment, but compounded with the health and economic crises many developing economies now face, expectations for financial support at the summit will be high. Many countries will especially be seeking immediate liquidity support. Finance ministers have already indicated they are ready to allocate tens of billions of multilateral funding to low- and middle-income countries so they can fight the COVID-19 pandemic and also invest in their future without hindering interest rates. These same leaders should now signal a clear commitment to urgently address debt restructuring so developing countries can invest, recover, and transition.

Three G7 countries — Germany, France, and the UK — have taken the lead and have substantially increased or even doubled their public climate finance support of developing economies. Others such as Italy, Canada, and the United States are still lagging behind. Despite President Joe Biden’s recent pledge to double annual climate finance to lower-income countries by 2024, the United States still needs to make up for lost time and the recent spending gap. While the U.S. will double climate finance levels over 10 years, the UK, France, and Germany will have roughly doubled twice in the same period. Although it may appear otherwise, Japan also lags behind other G7 members because its lenient accounting rules and lack of transparency allow for “clean” fossil fuel finance, which is not consistent with the Paris Agreement.

The G7 finance ministers have already made substantial progress in helping to shift toward greener investments by requiring investors to disclose all their climate-related risk. But, leading economies should not ease up: They need to address the discrepancy between funding targets and achievements and tackle the remaining gap urgently and collectively. That includes, ahead of the G7 summit, encouraging other countries to make or increase their commitments. No single country can achieve the $100 billion global commitment alone — this goal can only be reached collectively.

During the summit, it is critical that G7 leaders work together to:

Although some progress has been made in raising financial commitments for reducing emissions and alleviating climate impacts, a significant gap remains. This week, all eyes will be on the United States, Canada, and Italy: Each is expected to announce additional climate financing efforts at the G7 summit. Exactly how much remains to be seen.

It is past time for those G7 countries lagging behind their peers to redouble their commitment, especially since failure to deliver on the $100 billion global commitment will be seen as a collective lack of determination to transition to a low-carbon and resilient world for everyone, everywhere.

As UN Secretary-General António Guterres aptly put it, “This is a matter of equity, fairness, solidarity, and enlightened self-interest.”