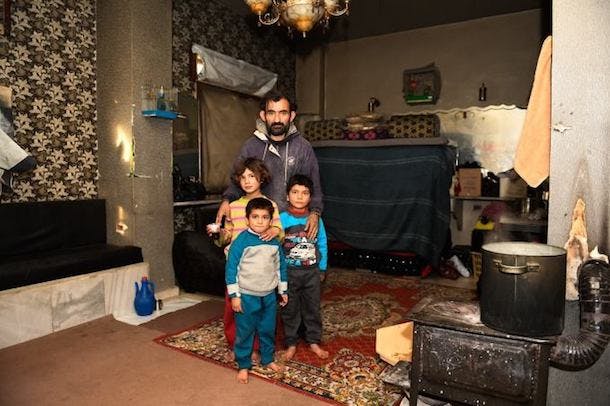 This week’s images from Syria are horrific and grotesque, with unimaginable suffering inflicted on innocent people – many of them children – as a weapon of war. Perhaps most shameful, it is not the first time, and it is not unexpected. Chemical weapons have been used before in this theater of agony, as has virtually every instrument of modern savagery and destruction. Civilians have been regularly targeted, despite our legal and moral obligations to protect them. Our eyes have been open for years to Syria’s trauma – they cannot also be blind to the imperative to act.

Now in its seventh year, the conflict in Syria has devastated innocent civilians throughout the country. Over half of the population has been forced to flee their homes. Schools and hospitals have been targeted; humanitarian aid has been blocked; human rights have been violated; and families have been driven into poverty, hunger, and desperation. The conflict is complex and cries for a political solution, as well as a robust humanitarian response.

As international leaders gathered in Brussels this week and pledged $6 billion for the humanitarian response in 2017, humanitarian resources to date have been woefully insufficient. The United Nations reports that the humanitarian response plan has only been funded at 14.8%. These funding gaps have real-life consequences: a generation of children not in school; families who go to bed hungry; parents who have to make the agonizing decision about whether to make a dangerous journey overseas in search of security; women who cannot give birth safely.

The crisis in Syria has also had a ripple effect – contributing to instability in the region and the largest refugee crisis since World War II.

UN Secretary-General António Guterres has called on the international community to step up humanitarian support, saying, “The need for humanitarian aid and the protection of Syrian civilians has never been greater. The humanitarian appeal for a single crisis has never been higher. United Nations agencies and our partners are determined to reach everyone in need, through all possible means.”

While it may be easier to look away, for the sake of a more peaceful world and for the sake of our common humanity, now is the time for each of us to use our voices to make sure the people of Syria are not forgotten.

Follow the UN for updates on the crisis. Tell friends, families, and networks to follow what is happening and not turn away. Speak out so your representatives and leaders know that you care about the fate of Syria’s children and that they, and we all, bear responsibility for anything less than a full determination to make peace. Support UN humanitarian agencies and partners on the ground, who are providing lifesaving food, shelter, and medicine. And if you’re able to donate to these efforts, support the UN’s Syria Humanitarian Fund, which helps provide aid to those in need.

Last year, my colleagues at the UN Foundation met a young Syrian girl living in a refugee camp in Jordan run by the UN Refugee Agency. She was part of a program that helped provide learning opportunities to girls in the camp who only got to go to school for a few hours each day, if at all. She was eager to talk about her favorite subjects (learning English and Arabic), and wants to become a doctor when she grows up so she can help people who are suffering.

Despite everything she’s been through, this girl has hope for the future. The conflict in Syria will be remembered as one of the darkest chapters in recent history, as will our collective failure thus far to end it. This week’s savagery should spur us to act, as we are also moved by the dreams of this girl. Her hopes and possibilities reflect those of millions. Let us not forget them.