Ways You Can Stand #WithRefugees

Ways You Can Stand #WithRefugees 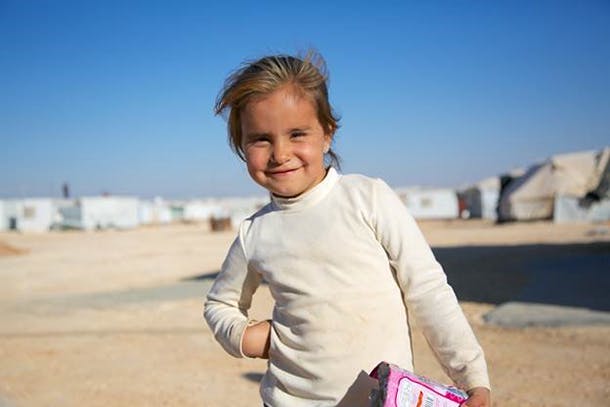 June 20 is World Refugee Day, a day to show support for refugees – the mothers and fathers, brothers and sisters, and sons and daughters who by a tragic twist of fate have had to leave their lives and homes behind because of conflict, violence, or disaster.

With more than 60 million people displaced – the highest level since World War II – now is the time for all of us, from every country and every sector, to stand #WithRefugees.

United Nations agencies are working every day to help refugees get the food, health care, education, and necessities they need to survive. But this global challenge needs a global response. As UN Secretary-General Ban Ki-moon says, “We all have a role to play in strengthening our common humanity.”

Here are ways that you can stand in solidarity #WithRefugees on World Refugee Day.

1.Sign the UN Refugee Agency’s #WithRefugees petition to send a message to governments to support refugees. The petition urges countries to ensure that every refugee child gets an education; every refugee family has somewhere safe to live; and every refugee can work or learn new skills to make a positive contribution to their community. The petition will be delivered to UN Headquarters on September 16, three days before the UN’s high-level summit to address large movements of refugees and migrants.

2.Donate to the UN Foundation’s Nothing But Nets campaign to provide anti-malaria bed nets to protect families in refugee camps in Rwanda.Due to increased violence in the region, refugee camps throughout Rwanda are experiencing an influx of families seeking shelter. Last year, Nothing But Nets launched The Million Nets Pledge, a special two-year commitment to send 1 million nets and other solutions to stop malaria to the most vulnerable families in sub-Saharan Africa by the end of 2016. After everything refugee families have been through, they should not have to fear the bite of a mosquito.

3. Donate to the UN Foundation’s Girl Up campaign to support UN and partner work to improve the lives of adolescent girls, including refugee girls. Since 2010, Girl Up has partnered with the UN Refugee Agency in Ethiopia, supporting its work to create safe schools and provide educational support for displaced girls. Building on that partnership, on Monday, Girl Up will announcement that it is expanding its support to another country.

5. Learn more about what needs to be done to address large movements of refugees and migrants by visiting refugeesmigrants.un.org. Visit this website from the UN to read the Secretary-General’s report with recommendations on addressing large movements of refugees and migrants. The website also has information for the UN’s high-level summit in September, which aims to “come up with a blueprint for a better international response.”

World Refugee Day is a chance to redouble our efforts in support of refugees – but we will continue to need your voice and engagement in the months ahead.

The global community continues to work on this issue, including last month’s World Humanitarian Summit and two important events in September: the UN’s High-Level Summit on Addressing Large Movements of Refugees and Migrants on September 19 as well as U.S. President Barack Obama’s summit on refugees on September 20.

To fulfill the promise of the new global goals for sustainable development, each of us must strengthen our commitment and action for vulnerable populations, including refugees, to ensure that no one is left behind.