While there have been some signs of progress in the global effort to stop the Ebola outbreak, the crisis is still extremely serious and demands greater resources. Simply put: We can’t let up now or we risk losing the gains we have made.

That’s why some of the world’s top soccer players have teamed up with FIFA, the Confederation of African Football, and leading health experts, including from the World Health Organization, to raise awareness of the need for continued action. Through a new video, posters, radio messages, and other content, soccer stars are sharing 11 health messages to promote preventative measures against Ebola. 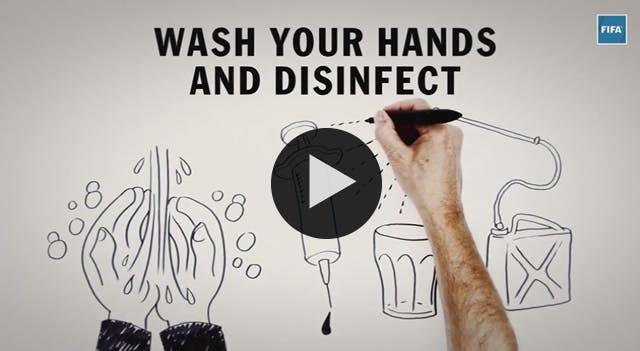 FIFA President Blatter said: “The popularity of football gives us a unique platform to reach all communities. We hope that football can play its part and that this campaign against Ebola can make a real difference on the ground as the world comes together to fight the virus and to help those living in affected communities.”

Take Action: Join the fight to stop Ebola. You can support United Nations efforts by donating at unfoundation.org/ebolafund.