Update on the UN Humanitarian Response in Mosul

Update on the UN Humanitarian Response in Mosul 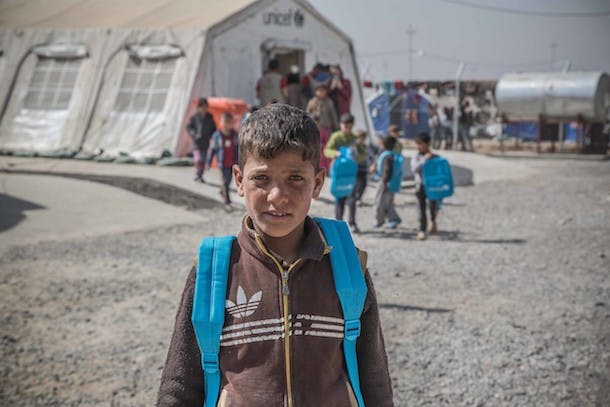 As the fight to retake the city of Mosul from the grip of ISIL continues, civilians remain in need of urgent humanitarian aid. These are families who need shelter, children who have been cut off from school, and parents who are looking for ways to provide for their families. The United Nations also estimates that between 100,000-150,000 civilians are trapped inside the old city.

The need for humanitarian aid in the area remains urgent, as there are recurrent reports of food insecurity and shortages of both safe drinking water and medicines.

UN agencies have been preparing for, and responding to, the crisis for many months now, working to provide ready-to-eat rations, drinking water, sanitation facilities, and medical and protection services.

According to the UN Office for the Coordination of Humanitarian Affairs (OCHA):

While aid has reached millions, humanitarian needs are immense, and the situation is complex: Some areas, and the civilians within them, remain inaccessible to humanitarian partners. Additionally, more resources are needed since the Humanitarian Response Plan is only 42.1% funded.

Priorities of the UN in its humanitarian response plans include:

Additional resources will help families in their greatest time of need. Your support can make a difference. To support the humanitarian response in Iraq, donate here.