How the UN is Helping Stabilize Communities in Iraq

How the UN is Helping Stabilize Communities in Iraq 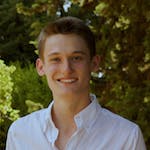 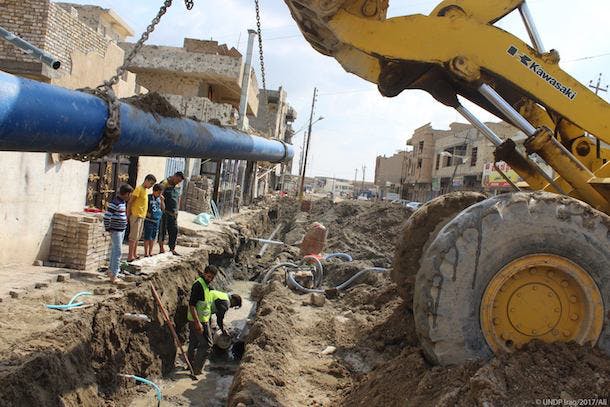 The United Nations Development Programme (UNDP) plays an integral role in helping stabilize communities in Iraq that have been liberated from control by ISIL. By supporting infrastructure projects, economic opportunities, and the restoration of basic services, UNDP helps displaced families return to their homes and build more secure communities – an essential step in the fight against extremism.

Today, UNDP is active in nearly 20 locations around Iraq, including Ramadi and Fallujah, and works in close cooperation with the national government as well as with local governors. The Funding Facility for Immediate Stabilization is UNDP’s main channel for stabilization work in Iraq, and its work is centered on four main priorities:

The aim is to support the millions of Iraqis that have suffered under ISIL to revitalize their communities. The lack of infrastructure, particularly housing, has proved the largest obstacle to securing the return of displaced Iraqis. As such, UNDP is leading more than 350 projects to rebuild key infrastructure, namely homes, roads, schools, hospitals, and administrative buildings. To date, more than 1.3 million Iraqi men, women, and children have been able to come back to their homes since the start of the conflict.

As Lise Grande, the UN Deputy Representative for Iraq, has written, “The aim of early stabilization is to ‘get things moving’ by helping local governments to restore, rejuvenate, and rebuild their cities. The achievements being made by Iraqis are everywhere evident. Businesses are opening, services are beginning to operate, public buildings are being rehabilitated, streets and neighborhoods are being cleared, and community groups are working together to reunite their towns.”

Jobs are crucial to stabilizing newly liberated communities. UNDP has launched a number of initiatives to jumpstart local economies. For example, UNDP partnered with Toyota to provide vocational training in vehicle maintenance to hundreds of young, displaced Iraqis.

UNDP also worked with the Erbil Chamber of Commerce and Industry to host a business forum on “The role of the private sector in the growth and development of the local economy.”

UNDP Deputy Country Director for Iraq, Mr. Sultan Hajiyev, said: “In a crisis context, the private sector can have a particularly important role by creating innovative approaches to rapid recovery and resilience.”

UNDP’s work to stabilize newly-liberated communities has enjoyed significant success. Since the start of the conflict in 2014, more than 1.3 million displaced Iraqis have returned their homes and with the help of UNDP they are rebuilding their communities and their lives.

The story of Gulistan, a young Yazidi woman, illustrates just how important UNDP’s work on the ground has been for Iraqis seeking a more secure life. In the summer of 2014, Gulistan fled her home in Alqosh with her husband and 14 family members. The persecution of Yazidis has been recognized as genocide by the Independent International Commission of Inquiry on Syria, established by the UN Human Rights Council. For months, Gulistan and her family were displaced and lived without a stable source of income. They were ultimately able to return home, but still struggled to earn a living.

Thanks to UNDP’s Iraq Crisis Response and Resilience Programme, Gulistan was provided with 250 quails and training in quail breeding. Gulistan has now sold 260 birds and over 10,000 eggs.

Projects like these are encouraging Iraqis to return home as they see real prospects for prosperity. Gulistan’s husband Nashwan explains, “My brother fled to Germany for a safer life. [But] I told him about my quail farming business. I told him there is a window of hope for us. He is planning to come back to Alqosh.”

Nonetheless, significant challenges remain. As the fight for Mosul continues, UNDP is preparing for the most complex stabilization projects of the decade. UNDP has already set aside $43 million to jumpstart basic services as areas are liberated. However, UNDP estimates that an addition $125 million will be needed to support the city’s 1.4 million civilians.

Read the 2016 annual report on the Funding Facility for Immediate Stabilization to learn more about UNDP’s projects in Iraq. You can also donate to UNDP to help its efforts around the world.