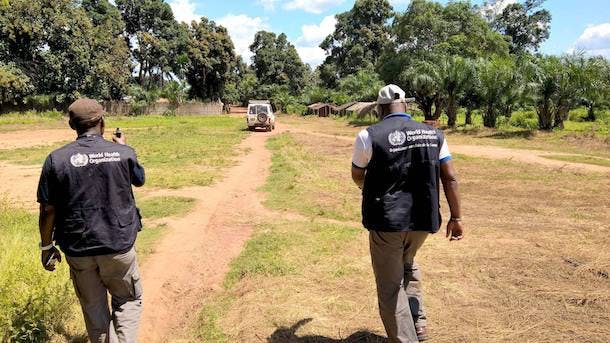 In our increasingly interconnected world, countries must work harder than ever to combat threats to global public health – from the emergence of new pathogens, to the spread of fast-moving epidemics, to the misuse of harmful biological substances, and the rise of antimicrobial resistance. The White House this month reaffirmed its commitment to stopping infectious disease around the world, with  U.S. Secretary of State Rex Tillerson announcing in a public speech and Admiral Tim Ziemer, Senior Director for Global Health Security at the National Security Council in a White House blog, that the Administration advocates extending the Global Health Security Agenda (GHSA) through 2024. The GHSA, launched in 2014 as a 5-year initiative, is a partnership of nearly 60 countries working together to strengthen global capacity to prevent, detect, and respond to infectious diseases.

Momentum on this life-saving work continues this week with the fourth GHSA Ministerial Meeting in Kampala, Uganda. Leaders have discussed how to engage communities, non-governmental organizations, and the private sector to confront public health crises such as HIV, Ebola, Zika, and other emerging infections.

National commitments make global health successes possible, such as the response to an Ebola outbreak in the Democratic Republic of Congo (DRC) earlier this year. The Ministry of Health of DRC and the World Health Organization (WHO), together with a range of local partners, worked together to stop the outbreak in just 42 days. Only eight people were infected, averting a health catastrophe.

WHO acted quickly thanks to the recent reform of its emergency response capacity, initiated after the 2014 Ebola outbreak in West Africa, which includes a new contingency fund for emergencies. This fund allowed WHO to deliver health workers, generators, and supplies to the source of the outbreak within 24 hours of the first case being reported. After the outbreak ended, WHO and UNICEF staff remained in the region for an additional 90 days to teach local communities how to stop Ebola’s spread, how to bury people safely, and how to disinfect homes.

WHO works closely with U.S. agencies such as CDC and USAID to stop diseases at their source through surveillance, biosecurity measures, and outbreak response. Such partnerships are essential to WHO better controlling diseases like polio, tuberculosis, and malaria, and preventing emerging infections in vulnerable countries.

The UN plays a crucial role providing technical guidance and support to help countries prevent, detect, and respond to health threats. By partnering with national governments, international organizations, civil society, and the private sector, and promoting a “One Health” approach focused on human, animal, and environmental health, the UN has helped to mitigate threats to health security and save lives.

The United States’ recent commitment to global health security is significant and commendable. This week’s meeting in Kampala provides yet another platform where the U.S. and UN can come together to pledge their continued support for global health security, and their joint efforts to ensure Americans – and all people – live in a healthier and safer world.