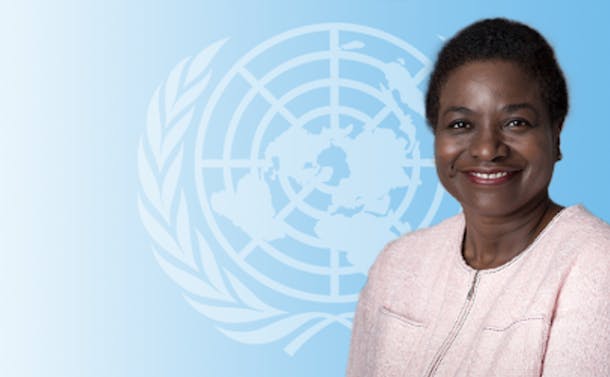 Every year, the United Nations joins in observing “16 Days of Activism Against Gender-Based Violence” to draw attention to the global epidemic of violence against women and girls. This year, as the campaign launches, women around the world have begun speaking out about sexual harassment and assault loudly, urgently – and, at last, they are being heard.

They’ve been joined by millions of women and men in more than 80 countries, who are using social media to talk about the indignities, abuses, and horrors they have experienced. And perhaps for the first time at such a scale, people are taking notice. Powerful and prominent people are being called to account. Already some have been fired and others criminally investigated.

The silence of the past is giving way to public denunciation of gender-based violence across a ghastly spectrum from harassment and intimidation to rape, trafficking, and sexual slavery. According to the International Labour Organization and the Walk Free Foundation, an estimated 24.9 million victims are trapped in modern-day slavery, with about 4.8 million of them sexually exploited.

Yet, in many countries, too often these transgressions go unpunished.

Who are the survivors of these abuses? All of us: the 1 in 3 women who are subjected to violence in their lifetimes; about 70 million girls who face marriage before the age of 18 in the next five years; and the over 200 million girls and women alive today who have suffered female genital mutilation. Also included are the large numbers of men and boys who have endured rape and other forms of gender-based violence, as well as all those who have suffered from the heinous crime of sexual violence in conflict.

When such violations occur, every person in the world suffers a monumental collective loss. As women are harassed in the workplace, terrorized on public transport, trafficked, sexually objectified, and driven from the public sphere, their ideas and ingenuity, their enterprises, insights, and art – their contributions of every kind – are lost. We are all poorer for it.

Today, communities are refusing to trivialize the systemic abuse of women. Today, women are calling for their place at the table. Today is a turning point.

We at UNFPA, the United Nations reproductive health and rights agency, hail the women and girls stepping forward, demanding and taking action themselves. The UN Secretary-General has underscored zero tolerance of sexual exploitation and abuse as a top priority within the UN system, and we are working with our UN partners to end this scourge and to end impunity for these crimes and abuses, including the use of rape as a weapon of war.

Responding to violence against women in development and humanitarian settings is a priority for UNFPA. This includes eliminating harmful practices, such as female genital mutilation and child marriage, and promoting the right of all women and girls to live free of violence and abuse.

In a community on the outskirts of Cairo, a UNFPA-supported programme helps vulnerable women stand up for themselves. “Your voice is your weapon,” instructor Amany Abdel-Aal called out at a recent martial arts class. She teaches women to defend themselves and to step outside with confidence.

“You shouldn’t be afraid or hesitate,” she says. “It is your right.”

The right to a world of safety and dignity is theirs, too.

To mark the 16 Days of Activism to end gender-based violence, the UN Foundation is featuring a diverse chorus of voices against violence between now and Human Rights Day, December 10. Visit the UN Foundation blog to learn more about the dimensions of this challenge, to read about unique and emerging approaches to end it, and to UNiTE to end violence against girls and women.