A Trust Betrayed: Barriers to Health Access in India

A Trust Betrayed: Barriers to Health Access in India 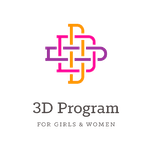 Sayali, a waste pickers’ advocate in India and beneficiary of the 3D Program for Girls and Women, illustrates the obstacles that poor people in the country have to overcome to access health services. We must #UniteforHealth because we are only as strong as the weakest members of our society.

Trained as a biologist, Sayali recently switched careers to do what she thinks is more meaningful: serving as an advocate with the waste pickers trade union. Sayali now helps waste pickers access government health coverage in Pune, India.

Over 75% of the waste pickers in the city are poor Dalit women. The waste pickers’ economic, social, and environmental contributions to the city are impressive — they collect over 600 tons of waste each day, 90 tons of which is diverted from landfills and recycled, and up to 8 tons is composted daily. Despite this, waste pickers and their families are often treated with contempt and are not afforded their rights and entitlements.

Sayali recounts her encounters with a large, private multi-specialty teaching hospital that has over 800 beds. Because it is operated by a public charitable trust, the private hospital is required to reserve 10% of its beds for impoverished patients and to treat them free of cost under the State Aided Charitable Trusts Hospital Scheme (SACTHS). Trust hospitals such as this one receive tax, land, and other concessions from the government. The hospital is also an official participant in the urban poor health scheme for slum dwellers, in which hospitalization costs are split equally between the patient and the Pune Municipal Corporation. The hospital also participates in the state-funded, insurance-based plan that provides free treatment to poor patients who require expensive procedures and intensive care treatment.

However, the hospital does not always agree to provide these services. Sayali recalls when Devaki, a waste picker, called to say her daughter-in-law Janaki had fallen off a bus, hit her head and vomited. She was in the emergency room with a saline drip and little else. The hospital refused admission until she paid a deposit of 10,000 rupees (US$135), which she didn’t have. What she did have was a ration card stamped Below Poverty Line that entitled her to medical care under three government programs. She lay there until Sayali reached the hospital. The billing administrator asked Devaki to pay 4,000 rupees for a CT scan and said if she needed an operation, he would admit her under a state-funded insurance

“Her card had expired, but I insisted that she qualified for SACTHS,” said Sayali. “He claimed the hospital had exhausted its Indigent Patients Fund. I asked him to put that claim in writing.”

Meanwhile, the doctor continued to refuse to see Janaki and insisted it was not a trust hospital. Sayali, for her part, continued advocating to get Janaki care, placing several calls to officers at the Charity Commissioner’s Office. A staffer from the office called the hospital, and Janaki was finally admitted and given the important treatment she needed.

Another instance Sayali recalled was when Deepak, a waste picker with blood pressure problems, felt unwell and was taken to the same hospital by his wife, Kamini. While there, he had a stroke and collapsed. When he couldn’t pay the deposit of 30,000 rupees, the hospital called the public emergency medical services line and sent him to the government hospital. The entire process took a few hours — a critical period to be without treatment. Deepak, who was only 45 years old, died, and now Kamini is left alone to bring up their young children.

Unfortunately, Sayali says similar experiences with other charitable trust hospitals are all too common. Despite being officially registered to provide services to low-income patients as part of the government schemes, many of the hospitals still refuse to treat waste pickers or other poor patients. Often care is provided only after a poor patient’s employers, municipal counselors, or local social workers intervene.

Sayali urges, “We must insist that trust hospitals must implement the scheme consistently, and be held accountable for their actions. The free treatment that they are expected to provide to indigent patients is after all in exchange for the concessions that they get from the government.”

Sayali’s report of the experience of waste pickers reflects how poor people such as Deepak and Janaki are subject to one of the worst forms of discrimination in India. The decisions hospital staff make — to admit patients, to insist on a deposit before treatment, to provide treatment — can make the difference between gifting life or condemning a patient to death. It’s clear the regulatory bodies of the state must find a way to ensure that charitable hospitals fulfill their obligations. Otherwise the government and the hospitals are betraying a sacred trust and limiting access to lifesaving care.

We are all safer and stronger when we #UniteforHealth. Support the UN Foundation’s work to deliver health for all.

Thanks to the 3D Program for contributing this story. 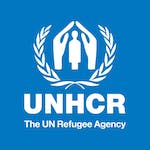 A Different Kind of Influencer: A Pharmacist Helps Her Community Understand COVID-19

From Refugee to Frontline Hero 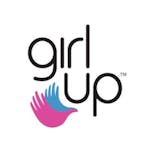