This UN Day, Communities Across the U.S. Rally Support for a Lifesaving Mission

This UN Day, Communities Across the U.S. Rally Support for a Lifesaving Mission 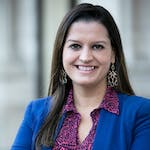 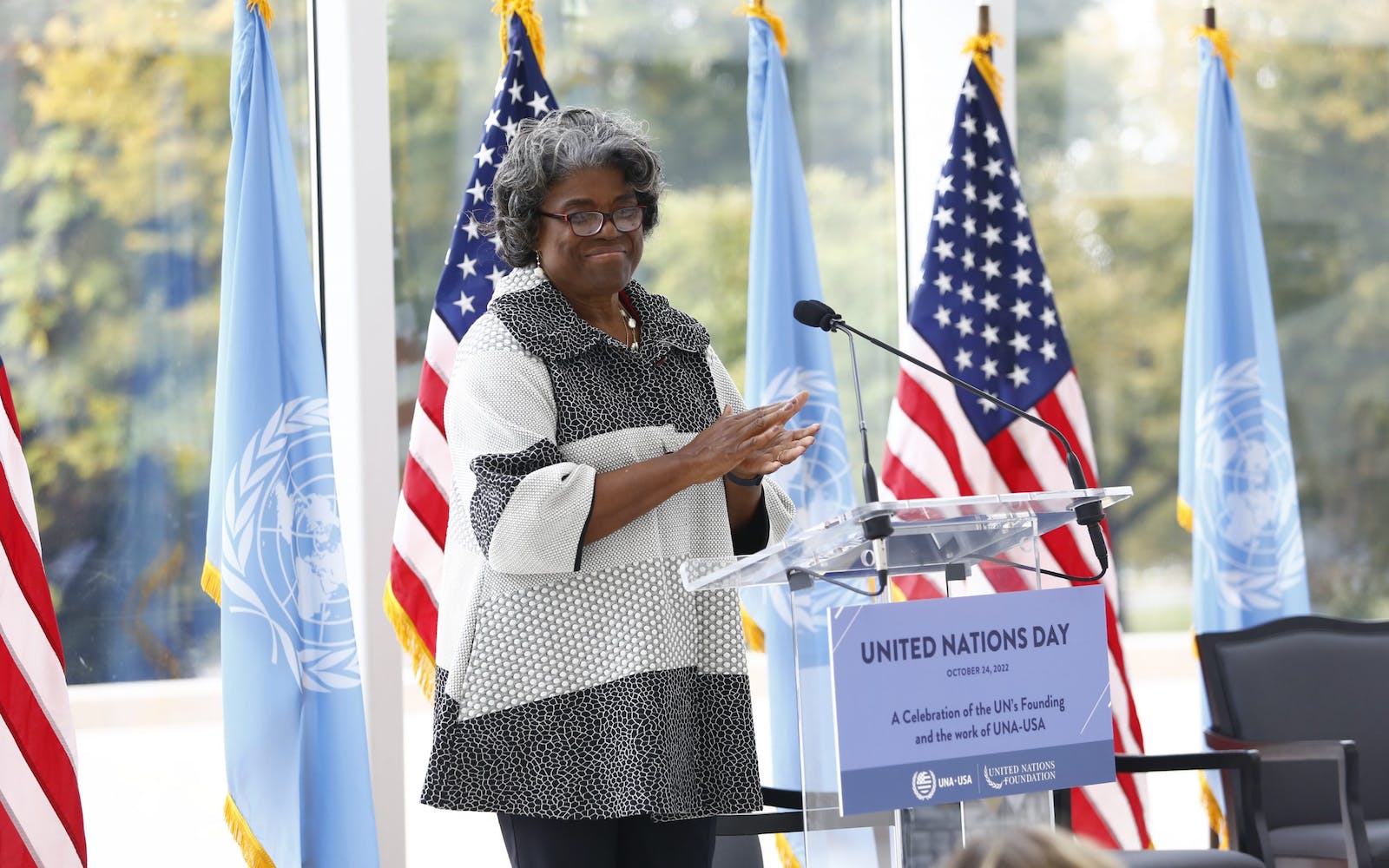 To commemorate this year’s United Nations Day, grassroots champions across the U.S. raised their voices and showed their support for UN staffers delivering hope to families affected by the global food crisis.

Every year, the world marks United Nations Day on Oct. 24 to commemorate the UN’s founding in 1945. This year’s observance unfolded as conflict and hunger crises are escalating across the globe.

This UN Day, the United Nations Association of the USA (UNA-USA) marked the 77th anniversary of the United Nations’ founding by uniting leaders from the private sector, civil society, and social service organizations to bring much-needed attention to the ongoing global food crisis and how the United Nations is working to feed families in need.

The UN Foundation commemorated the day at the U.S. Institute of Peace in Washington, where former leaders of the World Food Programme (WFP) and the United Nations Children’s Fund (UNICEF) joined 12 ambassadors to the U.S. to discuss global action.

“I want to move us from talking about climate change to talking about the climate crisis,” WFP’s former Executive Director Ertharin Cousin told the audience. “Because the most vulnerable people in the world are already being affected.”

“All of us need to just step back for a moment and think about who the food crisis really affects: It’s children,” UNICEF’s former Executive Director Henrietta Fore added. “They’re always the most fragile.” 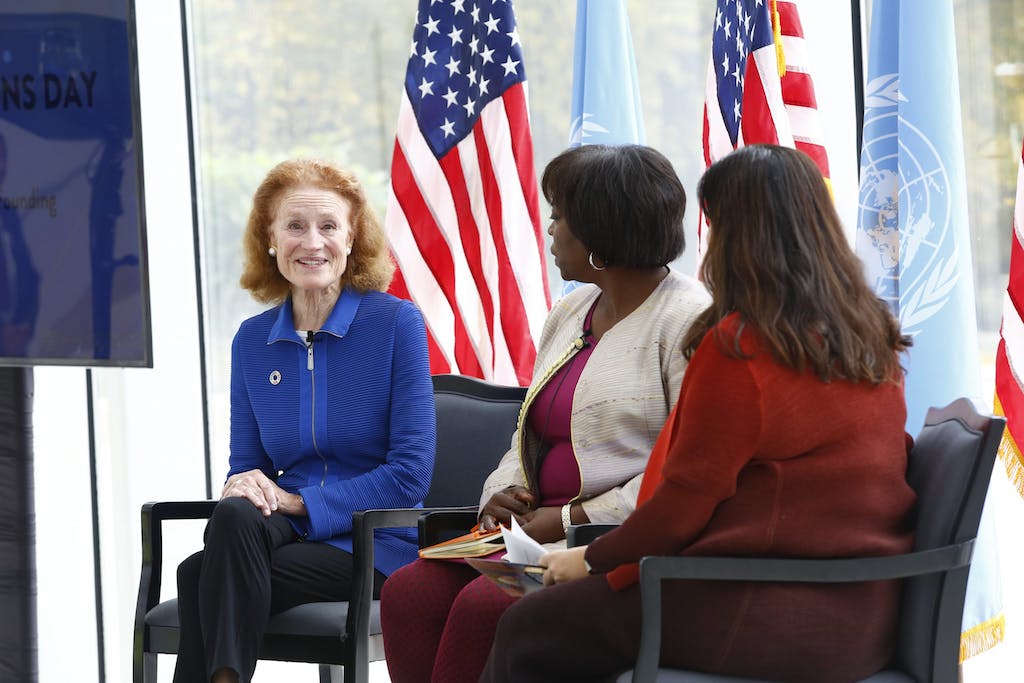 During her keynote address, U.S. Ambassador Linda Thomas-Greenfield underscored the importance of the UN Charter to protect peace, people, our planet, and our future — and why this historic document remains so critical to this day. She also announced UNA-USA’s new initiative to build a more inclusive UN by providing financial support for U.S. students from underserved communities to intern at the UN’s headquarters in New York. As she noted: “We need a diverse pipeline of leaders who look like America and understand the UN inside out.”

In the U.S., this year’s UN Day events also served as a rallying moment for advocates of UNA-USA to showcase their support at a pivotal time. Recent polling from the Better World Campaign found that three-fourths of adults support the U.S. providing aid to organizations assisting countries suffering from the global food crisis, and a majority of those surveyed believe the UN is crucial for our collective future.

"We need a diverse pipeline of leaders who look like America and understand the UN inside out."

U.S. Ambassador to the United Nations

As part of the program, UNA-USA’s Youth Observer to the UN, Himaja Nagireddy, spoke about her recent trip to Rome to visit the headquarters of the UN’s Food and Agriculture Organization (FAO), as well as her efforts to lift up youth voices across the U.S. thanks, in large part, to the support of people who “choose to use their years of institutional privilege and power to pry open these doors for young people to come in,” she said, continuing:

“The theme of ‘Nourishing Peace’ is a very personal one for me. I come from a long line of farmers. We once owned more than a hundred acres of farmland in the village of Pathapalli along the southeastern coast of India. During my grandfather’s time we sold a lot of land due to droughts that kept increasing in severity. My dad, in his adolescence, remembered seeing his father invest in new irrigation systems, trying to make more out of the little water available to protect his crops. And then, my dad saw these crops fail — acres and acres of dried-up orange trees grown over decades with love and care — all of them dead. 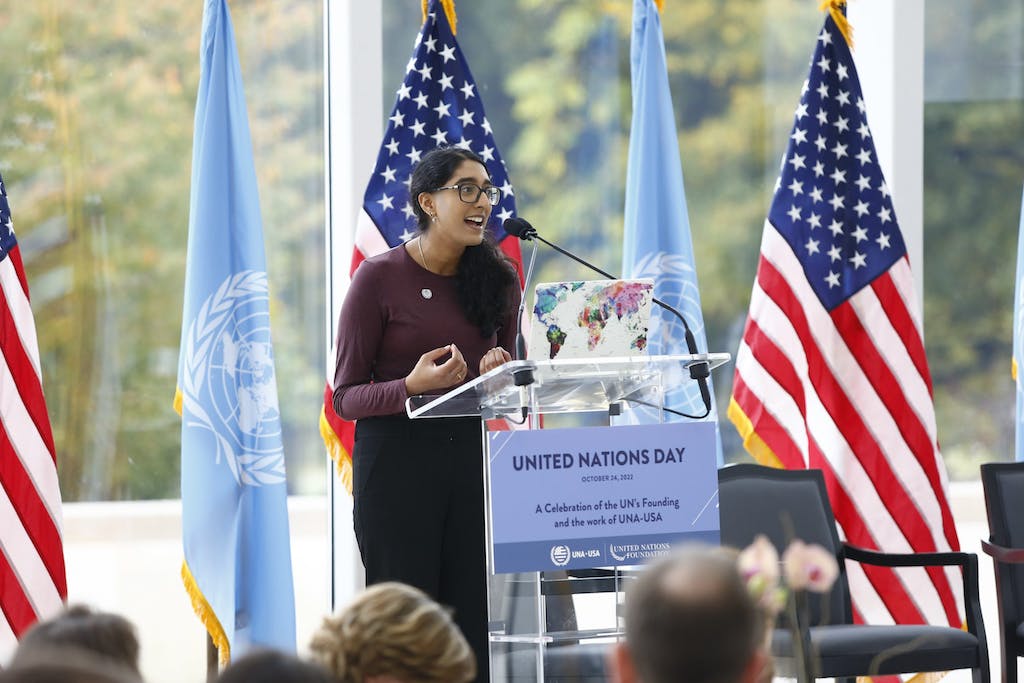 UNA-USA’s Youth Observer to the UN, Himaja Nagireddy, is using her platform to lift up youth voices across the U.S. Photo: Stuart Ramson.

“My dad’s family struggled in the aftermath. His mom’s silverware was sold. His teenage sisters were married off. Household expenses were drastically cut down. I’m only one generation removed from the devastation that acute food insecurity creates … and what 345 million people face right now.”

Across the country, UNA-USA advocates came together in the same spirit of cooperation that makes the UN the world’s best hope for solving some of its biggest problems. More than 35 community and campus chapters tuned in to hear from virtual speakers from the FAO and WFP, enabling people in cities around the U.S. to connect with humanitarian staffers directly and learn more about the UN’s work and how they can get involved.

To help pull back the curtain on the UN’s complex yet essential work across its key agencies, UNA-USA launched its first InterGenerational Model UN, which brought together more than 150 people to discuss how the UN is tackling issues like food insecurity in Yemen, sexual health and reproductive rights, childhood vaccines, and the conflict in Ukraine. The event united a diverse group of people of varying ages, backgrounds, and familiarity with the UN. Representatives from a wide range of agencies offered insight into the day-to-day lives of humanitarian staffers, and how the UN works to reach the most vulnerable among us.

In his closing remarks for the InterGenerational Model UN, U.S. Ambassador to the UN for Management and Reform Chris Lu spoke about the importance of dialogue and collective action, saying: “It’s often said that the UN is an imperfect entity in an imperfect world, but it is more important today than it has ever been. So whether this is your first and only exposure to the world of diplomacy, or perhaps this lights a fire under you to pursue a career in international relations, you’ve gotten a glimpse of why our work at the UN is so challenging, rewarding, and fun. … All of you are the change we need for your generation and generations to come.”

“The United Nations was made for moments like this,” UN Secretary-General António Guterres declared in a speech to commemorate the organization’s founding against a backdrop of crisis, conflict, and climate change.

This UN Day, UNA-USA underscored what the Association was made for: to build a movement of Americans who stand up for the UN so the UN can keep standing up for the world.

If you believe the U.S. should support a stronger UN, join UNA-USA’s movement and take action.