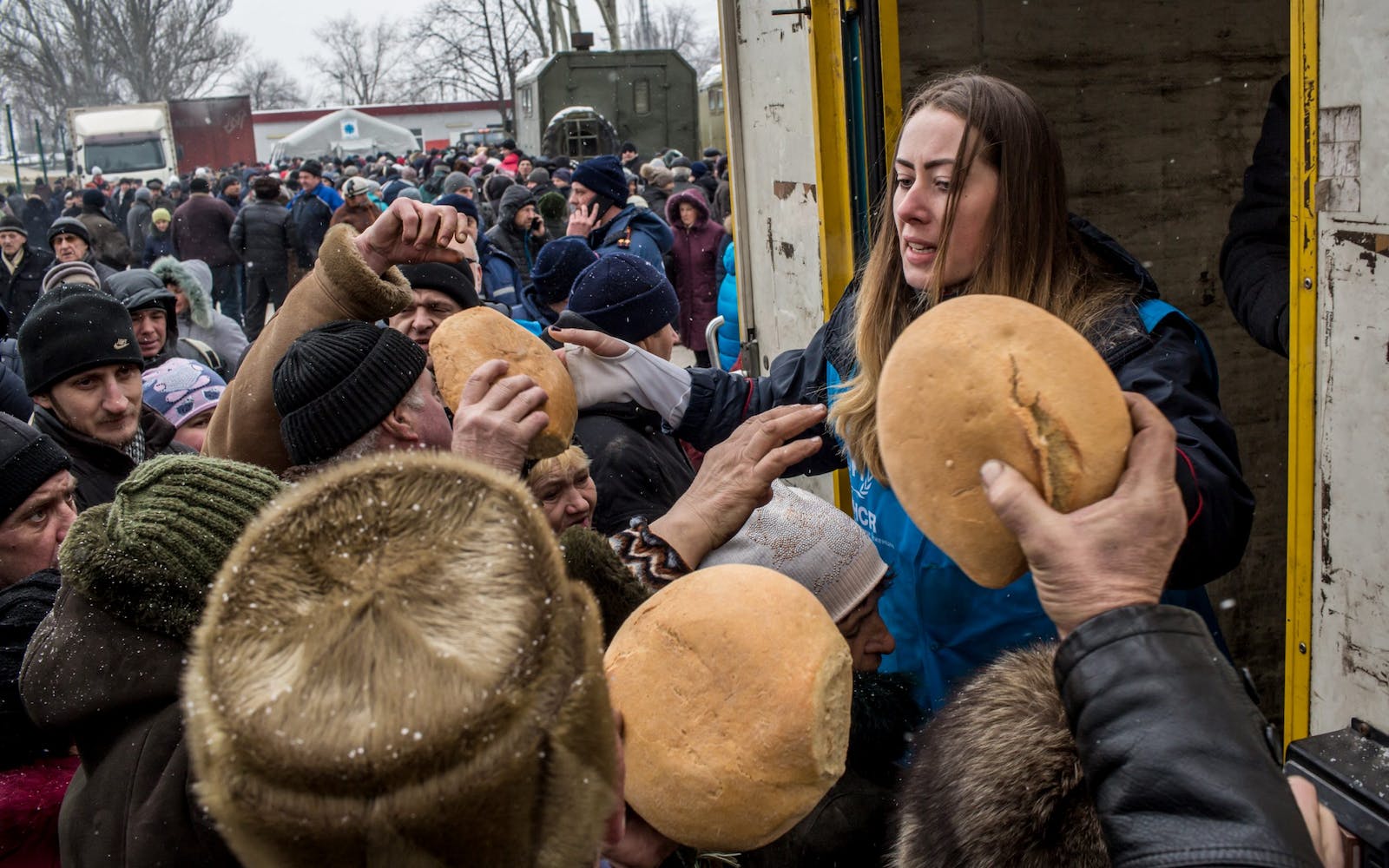 Russia’s war in Ukraine has thrust food security to the top of the global agenda, and now, the world’s leading climate scientists have piled on a stark warning: Unless we act fast, climate change all but ensures that food crises will become the norm and not the exception.

Acute shocks to global food systems and a warming climate make for a terrifying and explosive combination. We are seeing the consequences play out right now, as the war in Ukraine—combined with extreme weather events around the globe—has triggered a global food crisis with catastrophic consequences for the most vulnerable.

Ukraine and Russia are both agricultural powerhouses that together account for nearly a third of global wheat and barley exports. Before the crisis, forty-five African and least developed countries imported at least a third of their wheat from Ukraine or Russia, and 18 of those countries import more than half. While efforts are being made to avoid what the UN Secretary-General has called “a hurricane of hunger and a meltdown of the global food system”—including his brokering of a deal to ensure safe passage of some food-carrying ships out of Ukraine—the situation remains dire, especially in regions like East Africa that were already facing shortages.

Then there’s climate change. One of the most alarming findings in the recent series of reports issued by the Intergovernmental Panel on Climate Change (IPCC) is that the climate crisis will increasingly undermine food security and nutrition around the world. The IPCC’s report on climate impacts confirmed that floods, droughts, storms, and other extreme climate events have already exposed millions to acute food insecurity and malnutrition.

Perhaps most ominously, the IPCC warns that climate extremes will increase the risk of simultaneous crop losses in major food-producing regions, with potentially devastating consequences for food prices and availability.

This is our new reality: a gradually worsening situation for food and nutrition as temperatures relentlessly rise. It’s a frightening backdrop for the world’s geopolitical and economic developments — any crisis in a critical food-producing area could spell disaster on a global scale.

There Are Solutions to Our Climate and Food Challenges

While it’s too late to prevent this food crisis, we can help those who are suffering now while working to aggressively reduce greenhouse gas emissions and build resilience to future food shocks.

First, we must respond to the growing humanitarian emergency. More than 20 million people in Somalia, Ethiopia, and Kenya already face near-famine conditions. Wealthier countries have a moral obligation to fully fund humanitarian relief efforts so that these populations do not starve.

Second, governments should collectively diagnose the challenges to food security and coordinate their responses. Rich countries made a number of food security pledges at a Summit the United States organized during the UN General Assembly meetings in September. They should follow through on those commitments.

Third, critical ecosystems should not be turned into farmland to make up for the loss of Ukrainian and Russian food exports. As part of its emergency plan, the European Union (EU) considered freeing up fallow and conservation land for increased grain production. The United States Department of Agriculture made the right call when it rejected a request to let farmers plant on protected land. Europeans should follow suit.

Fourth, we can make up for lost food production by minimizing the number of crops used for animal feed and biofuels. More than a third of the corn the U.S. produces is used for ethanol to blend with gasoline. The World Resources Institute found that reducing grain currently used for transportation in the U.S. and Europe by 50% this year could make up for the shortfall of Ukrainian wheat, corn, barley, and rye. Let’s prioritize growing crops to feed people, not produce fuel.

Similarly, shifting to more sustainable diets could have a big impact. About a third of global cropland is used to feed livestock. In March, Greenpeace estimated that reducing the use of cereals for animal feed by 8% in the EU would outweigh expected production deficits in Ukraine. And we can make more food available for human consumption by reducing food loss and waste, which account for a third of all food produced.

The Case for Aligning Global Climate and Food Goals

Finally, and most importantly, we need to align our global climate and food goals. A changing climate will require resilience across food systems, from agricultural production to food consumption and waste disposal. At the same time, land offers opportunities to reduce greenhouse gases, from implementing farming practices that sequester carbon in soils to reducing agricultural methane emissions from livestock, rice production, and food waste, and cutting nitrous oxide emissions from fertilizer overuse.

We are at a pivotal moment. Making the right choices about food — especially the difficult ones — can help minimize human suffering in the short term. But if our responses are not aligned with our long-term climate objectives, this food security crisis will not be the last.

This piece was updated in October 2022 to reflect the latest developments.