The Sexist Data Crisis and Three Ways to Start Tackling It

The Sexist Data Crisis and Three Ways to Start Tackling It 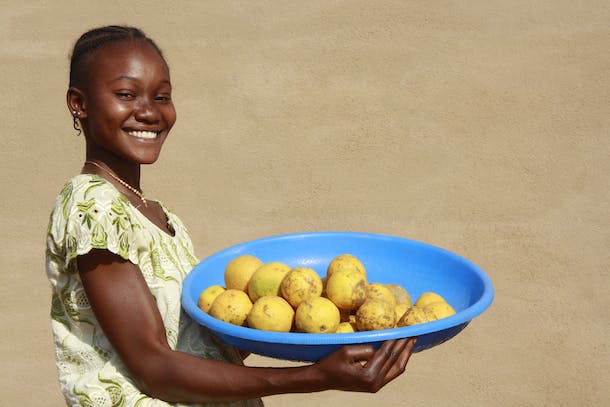 Editor’s Note: This post from Mayra Buvinic and Megan O’Donnell originally appeared on the Center for Global Development blog.

We are dealing with a sexist data crisis. We know that poverty hits women and girls hard, but current data cannot precisely measure their poverty independently of that of families or households. As ONE Campaign executive director Jamie Drummond pointed out this week in his talk, “Factivism, Feminism, and the Sexist Data Crisis,” at Web Summit, more and better data on women and girls is necessary for the eradication of poverty and the achievement of the Sustainable Development Goals (SDGs).

Data collection will be a crucial part of implementing the SDGs. As the World Bank’s president Jim Kim recently acknowledged, only high-quality, representative data will allow us to determine whether the SDGs are reaching their targets, and whether the most difficult-to-reach and undercounted populations – including women and girls – are benefiting from them.

But how do we begin to collect better data on women and girls? What steps do we need to take to address Goal 5 (“Achieve gender equality and empower all women and girls”) and implement the other 16 goals in an equitable fashion?

To answer these essential questions, we propose three ways to start collecting the data needed to measure outcomes for women and girls, particularly as they relate to the SDGs.

Second: Get all hands on deck. Data collection, monitoring, and reporting will require multiple actors, including country governments and global partnerships and should involve existing cross-country data reporting efforts. Global databases such as UNdata and the World Development Indicators should work to include the 20 indicators in their standard gender data reporting. This means that country governments already collecting data on the 20 proposed indicators will need to continue to update and improve the quality of the underlying data. Meanwhile, countries not currently collecting and disseminating this data will need to make it one of their priorities. On the international stage, the newly established Global Partnership for Sustainable Development Data should take the lead in coordinating and energizing the data collection efforts already set in motion (by ONE, the UN Foundation, Data2X, and a host of other partners). Getting the Partnership to support the 20 indicators could help translate its broad-brush commitments into tangible action and help abate concerns my colleagues have raised about whether the Partnership can deliver for low-income countries.

Third: Harness country-owned planning mechanisms that have proven to be effective, as well as existing commitments at the country and international levels during the initial data collection process. One way of doing this would be through compacts between country governments and bilateral or multilateral donors, which would help ensure data is open, accurate, and timely. In addition, the World Bank’s recent commitment to “ensure that the 70 poorest nations have household-level surveys every three years” should incorporate measurement of the 20 indicators. International data-related initiatives have a role to play in supporting and advocating for closing gender data gaps through these partnerships with developing countries.

As Drummond and others have made clear, good data collection is central to advancing gender equality, and gender equality is central to development progress. The 20 “ready to measure” indicators will allow us to take the first steps in tackling the sexist data crisis, but we can’t – and shouldn’t – stop there. In an upcoming blog post, we will turn to the longer-term obstacles to collecting data on women and girls.