The Power of Participation

The Power of Participation 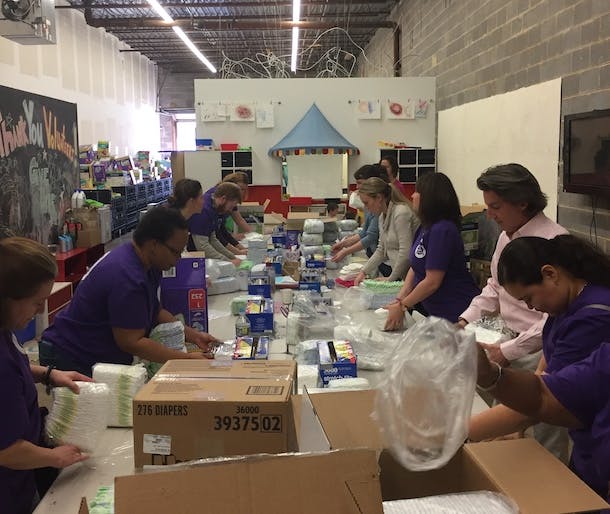 Every year, U.S. public officials receive approximately 2 million more letters and calls from men than women. Research also suggests that women are less likely to write opinion editorials, speak up at town hall meetings, or consider running for office. The percent of U.S. women registered to vote in the 2010-2012 cycle was only 64.3%, and only 50% of registered women cast a ballot, a precursor to last November when almost half of all eligible voters – men and women – didn’t show up at the polls. Given this data, it should be unsurprising that the U.S. ranks 54th for women’s political empowerment among 143 countries, according to the World Economic Forum.

Still, in recent years we have witnessed a new swell of grassroots participation – on all sides of the political spectrum – that have influenced the course of our country, including a surge of voter registrations, increased contact with elected representatives, and more opportunities to unify for a cause beneath a panorama of homemade signs. This rise in participation represent a paradox, and maybe also a sign of change – a resurgence of civic participation that is the essence of a thriving democracy, no matter your preferred party or platform.

Participation is powerful. Inspired by its influence and its necessity, the United Nations Foundation sought a new approach this year to International Women’s Day, which takes place worldwide every year on March 8. In the past few weeks, the UN Foundation team has participated in 25 volunteer sessions for 13 community organizations focused on the needs and rights of girls and women in a campaign we named “Activate for Equality” – because everyone has a stake in building and protecting the societies we want and the futures to which we aspire.

Indeed, our shared fates, responsibilities, and opportunities led 193 countries to participate in a process to define the Sustainable Development Goals, a universal and ambitious agenda adopted at the UN for the planet and its people, and a promise to leave no one beyond.

Therefore, in anticipation of International Women’s Day, we encourage you to participate, and we’ve provided here 10 actions to activate for equality.

1. Volunteer: Almost every community has organizations devoted to the rights and needs of its girls and women, including specialized shelters, health centers, school programs, and advocacy initiatives. These vital organizations often rely on community engagement and can benefit from your support. For inspiration, see a list of Washington D.C.- and New York-based organizations below.

3. Speak Up: We cannot assume our elected representatives know what is most important to us. If you care about the health and rights of women, refugee girls and their education, or U.S. funding for the UN, raise your voice. Information at these links will help you.

4. Donate: Give to an organization that serves girls and women. Consider supporting UNFPA, the U.S. National Committee for UN Women, Girl Up, the Universal Access Project or She Decides.

6. Learn: Read about the Convention on the Elimination of Discrimination Against Women (CEDAW), which was adopted in 1979 by the UN General Assembly and is often described as an international bill of rights for women.

8. Inquire: Ask your employer about its gender policies, and visit the International Labour Organization’s website to learn more about gender and employment.

9. Commit: If you organize, attend, or speak on panels, demand that they include a balance of women and men. Learn more about the International Gender Champion’s Panel Parity Pledge.

10. Act: Sign on to the #HeForShe movement. Walk in her shoes. Learn why Poverty is Sexist. #BeBoldforChange.