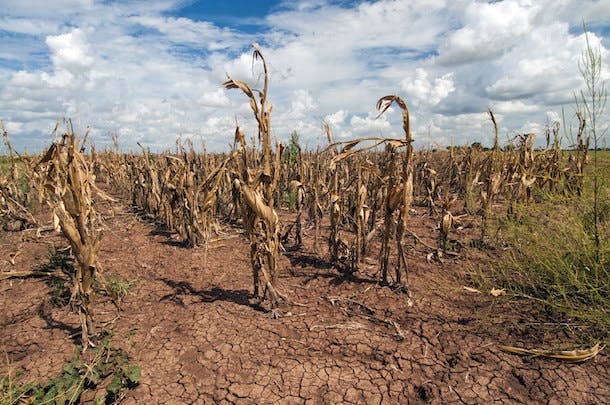 On a hot day in June, Senators met in the Dirksen Senate Office Building in Washington, D.C. to discuss the issues of global warming and the greenhouse gas effect.

“We have only one planet. If we screw it up, we have no place else to go,” warned Senator J. Bennett Johnston from Louisiana. Among the experts who testified was Dr. James Hansen, Director of the NASA Goddard Institute for Space Studies, who hammered home three key conclusions:

Environmental Defense Fund Senior Scientist Dr. Michael Oppenheimer highlighted the immediacy of the climate crisis, stating, “In my personal opinion, greenhouse warming presents the most important global challenge of the next few decades, on part with defense, disarmament, and economic issues.”

So why didn’t you read about this hearing on your phone or see it covered on Twitter? Well, for one thing, it didn’t happen this month, or even this year. It took place in 1988.

June 23 marks 30 years since United Nations Foundation Vice Chair and former Senator Timothy E. Wirth convened a historic hearing of the Committee on Energy and Natural Resources to discuss the issues of global warming and the greenhouse effect. At this hearing in 1988, policymakers were alerted to the irrefutable connection between man-made global warming and the impacts on our climate, and urged cutting greenhouse gas emissions and working to manage and mitigate their impacts.

In the three decades since, multiple major United Nations climate bodies have been established, including the Intergovernmental Panel on Climate Change (IPCC) in 1988 and the UN Framework Convention on Climate Change at the Rio Earth Summit in 1992.

The IPCC convenes thousands of scientists from around the world who volunteer their time to collaborate on seminal global reports on the science of climate change and its impacts, while the UNFCCC serves as the main body for international climate negotiations. Today, the UNFCCC has near-universal membership, with 197 Parties to the Convention.

From the Berlin Mandate in 1995, which created a process for negotiating strengthened commitments to build on the UN Climate Convention reached three years earlier, to the Kyoto Protocol, the world’s first greenhouse gas emissions reduction treaty, to the Copenhagen Accord, which first introduced the concept of nationally-determined climate pledges and ambitious climate finance goals, two decades of global accords, protocols, and platforms laid the groundwork for history to be made in December 2015 when the Paris Agreement was adopted by 195 nations at COP 21.

Combining the “top-down” elements – on overarching goals, transparency and reporting – with a “bottom-up” approach to national climate pledges (including Nationally-Determined Contributions (NDCs) to be ratcheted up in five-year cycles), the Paris Agreement adopted a hybrid model to unite all nations, for the first time, around a framework for action. The agreement then sped through signing and ratification, entering into force only 11 months after its adoption – a record for UN agreements.

When U.S. President Trump announced last year his intention to withdraw the United States from the Paris Agreement, states, cities, and businesses across the country rose up to announce “We Are Still In.” Sixteen U.S. states and Puerto Rico committed to meeting the goals of the Paris Agreement, formed the U.S. Climate Alliance, and investors, businesses, and regions around the world have been challenged to deliver bold climate solutions and increased ambition ahead of this September’s Global Climate Action Summit.

We’ve seen significant strides in national action, with the support of multilateral institutions like the UN and the World Bank, to meet our climate challenge, but as we look to the next 30 years, climate action will require renewed commitments and bold action at every level, from individuals to businesses to civil society organizations to local and national governments.

In the United States in 1988, a drought wreaked havoc across the heartland of the country. In that June Senate hearing, Senator Wirth recalled that drought and said, “We must begin to ask – is this a harbinger of things to come? Is this the first greenhouse stamp to leave its impression on our fragile global environment?” We now know the answers to both of these questions, and it is a resounding “yes.”

We have only just begun to meaningfully address many of the questions posed in that 1988 hearing, and the next 30 years must see dramatic and impactful steps to meet our climate challenge head-on. There’s simply no time to waste.