Editor’s Note: The excerpt below is from a piece in Devex. Read the whole piece here.

It’s true that the search for a lost plane can be what passes for international news in some corners of the media. And the old days of journalism with well-staffed bureaus in Moscow and London are long gone. But I have come to believe that something even better is taking its place. For those of us who seek out the latest news from Kharkiv to Khartoum, today more than ever, there is top-notch international affairs journalism and enterprising reporters who go to great lengths to hunt down the story, often at great personal risk. 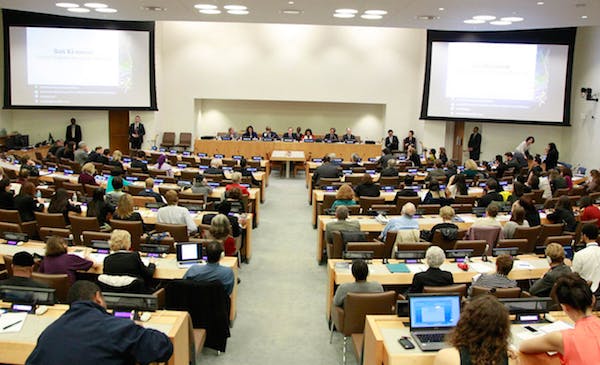 Why does this matter? This week, the Wall Street Journal released its survey of Americans and reported a record: Almost half of all Americans (47 percent) now say they want the United States to be less active in world affairs. A decade ago, only 14 percent felt this way. Given our recent history in Iraq and the tumultuous situation in countries from Syria to Libya to Ukraine, many people around the world might agree. But disengagement – for the United States or any other country – is not a real option in today’s interconnected world.

Global development is the best example of this. Disease, conflict and climate change respect no border. Economies are linked as is commonly understood, but so too is our health, our security and our environment. For Americans who see a world of risk and want to withdraw, the antidote is information and insight.

And for Americans, there’s more of it than ever before. From Fareed Zakaria’s analytical take on his weekly CNN program GPS to the newly launched Al Jazeera America channel to the intrepid and pulse-quickening field reporting by VICE on HBO – the world in all its nuance and complexity is being brought right to our doorstep.

There’s the Global Post with its correspondents around the world and the World Post with insights from global leaders. Established media is not to be outdone either: the Atlantic, International New York Times, Foreign Policy and so many more are as committed as ever to telling a global story. Even programs like Anthony Bourdain’s Parts Unknown on CNN – which blends food tourism with weighty topics of politics and culture – are part of a renaissance of international affairs journalism that deserves encouragement and celebration.