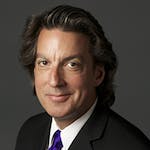 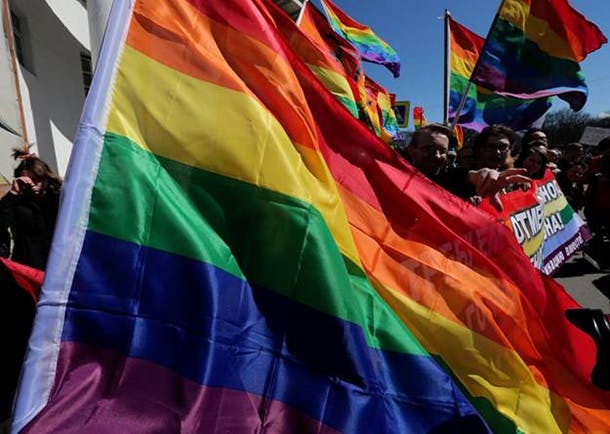 “All human beings are born free and equal in dignity and rights,” reads Article I of the Universal Declaration of Human Rights, which was adopted by the United Nations General Assembly in 1948.

While we have made significant progress on human rights over the past 69 years, we will never fully realize these words while millions of people face violence and discrimination because of whom they love.

Yesterday, the United Nations Foundation participated in a meeting convened by the White House to look at progress on global LGBT rights. Thanks to the leadership of U.S. President Barack Obama, UN Secretary-General Ban Ki-moon, and many other leaders and advocates from across sectors and around the globe, the world has taken important steps in the right direction.

Just today, the UN Human Rights Council voted to establish the first-ever independent expert focused on the protection against violence and discrimination based on sexual orientation and gender identity.

And who would have imagined, even just a few years ago, that a group of diplomats would visit the Stonewall Inn to show their solidarity with the LGBT community and a group of Congressional leaders would call for institutionalizing U.S. programs that support global LGBT rights?

In the last two years, Mozambique, Seychelles, and Nauru all decriminalized same-sex relationships, and today more than 70 countries have LGBT non-discrimination laws. From the legalization of same-sex marriage in the United States to the UN Security Council’s statement condemning the horrific attack in Orlando and the targeting of persons based on their sexual orientation, we are seeing increased recognition that LGBT rights are human rights. 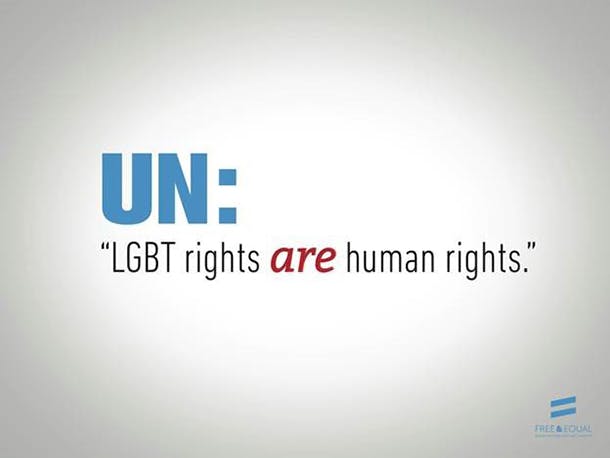 Yet, as the attack in Orlando showed, and as the stories of hate we read daily show, we have much more work to do to create a world where all people are free and equal.

Currently, more than 70 countries have criminalized same-sex relationships. Love is love; love is not a crime. And when we allow discrimination to stand anywhere, justice suffers everywhere.

In addition to depriving people of their human rights, recent studies have shown how costly inequality can be. For instance, a groundbreaking study by the World Bank found that LGBT exclusion in India could cost the country up to $32 billion.

Last year, world leaders gathered at the United Nations and adopted the Sustainable Development Goals, making a promise to end extreme poverty, expand opportunity and dignity for all, and leave no one behind.

To achieve this agenda, we must achieve equality for the LGBT community and for all people. It’s our moral obligation and a prerequisite for a more peaceful, prosperous world.

That is why the UN Foundation supports the UN’s groundbreaking Free & Equal campaign, a global public information effort of the UN Human Rights Office for LGBT equality. At its heart, the campaign is about starting conversations and raising awareness about the impact of homophobic and transphobic violence and discrimination. Since its launch in July 2013, the campaign has reached more than 2 billion people with its simple, but powerful message that all people are free and equal.

Throughout LGBT Pride Month, the UN Foundation and Gap Inc. have partnered to raise awareness of and support for Free & Equal. We’ve marched in parades, hosted events, and shared the message of equality online. Gap is showing how companies can help lead the way, leveraging its reach and visibility to spread this message far and wide.

We hope you will join us by supporting Free & Equal and raising your voice with the hashtag #WearYourPride. Pride Month has raised the visibility of LGBT issues, but we must continue to push for change every day. As Secretary General Ban Ki-moon said last year upon receiving the Harvey Milk Medal in San Francisco, “The fight for justice cannot wait.”