The Compounded Impact of Intimate Partner Violence on Reproductive Health

The Compounded Impact of Intimate Partner Violence on Reproductive Health 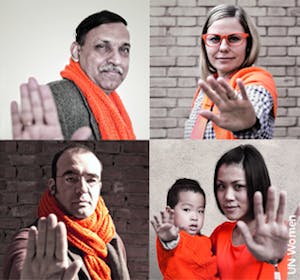 Today, November 25, is the International Day for the Elimination of Violence Against Women, and a good time to reflect on the many extended ramifications of gender based violence, quite apart from such violence being bad and unacceptable in and of itself.

A recent World Health Organization report for example trawls the data to come up with some appallingly high global and regional estimates of the levels of such violence and sobering figures on the impact of such violence on women’s health; it very likely errs on the side of caution on both these fronts.

In particular, this report underlines the possible impact of such violence on women’s reproductive health (RH henceforth). In the process, it hints at but does not, in the absence of strong empirical evidence, try to quantify some important ways in which the possibility of adverse effects on RH is compounded by the many other things that accompany a situation of violence against women.

For example, a culture in which the individual male for whom it is normatively permissible to inflict violence on a partner, it is often normatively alright to extend this violence to non-partners as well, because women in general are seen as somehow deserving of violence. And the other way around too: If it is alright to attack unknown women, it becomes more alright to assault one’s intimate partner as well. Indeed, it might become even more necessary to do this because intimate partners may have to stand in for the absence (for whatever reason – the absence of opportunity, the fear of legal punishment, the fearlessness of the unknown woman on the street) of outside females who can be sexually assaulted with impunity. That is, a high level of sexual violence against intimate partners might predict higher levels of violence against non-partners (and therefore predict overall higher RH impacts) and vice versa.

Similarly, men who have the freedom and the supporting circumstances to demand sexual submission from intimate partners often also have the freedom to abuse alcohol use, have multiple sexual partners, frequent encounters with sex workers, and practice unprotected sex in general, which means that they are more likely to contract a sexually transmitted disease themselves and in turn more likely to infect their partners as well.

Moreover, a tendency to sexual violence usually accompanies a tendency to physical violence in general. And so, to the possible impacts of sexual violence on reproductive health (sexually transmitted infections including HIV, unwanted or unintended pregnancies, induced abortions, poor pregnancy and delivery outcomes for psychosocial reasons), one should add the direct effects on poor RH (such as miscarriages, stillbirths, premature deliveries, maternal mortality) of non-sexual violence. Being kicked or pushed down the stairs for talking back or for having exchanged a few words with an outside man cannot but increase the chances of a 7-month pregnant woman experiencing a miscarriage or death or severe and life-long debility.

To return to the point made at the beginning of this post, sexual violence (and arguably non-sexual gender based violence as well) is in itself a reproductive health issue; that is, it is an assault on a woman’s sexual and reproductive health in and of itself, regardless of whether it results in adverse consequences for the usual biomedical components of RH – sexual activity that is free of the risk of infection, injuries to the reproductive tract, unintended pregnancy, unsafe pregnancy or delivery and poor maternal or child mortality or morbidity outcomes. This broader definition of SRHR (sexual and reproductive health and rights) that we now subscribe to includes the right to bodily integrity and the right to enjoyable and satisfying sex relations free of discrimination, coercion, or violence. By this measure, the reproductive health of a woman who experiences intimate partner violence is severely compromised even if it does not result in a sexually transmitted infection or an unwanted pregnancy or a miscarriage or a maternal or child death. In other words, sexual violence is an independent component of poor RH in addition to its impact on the other components of RH; there is no double counting involved.