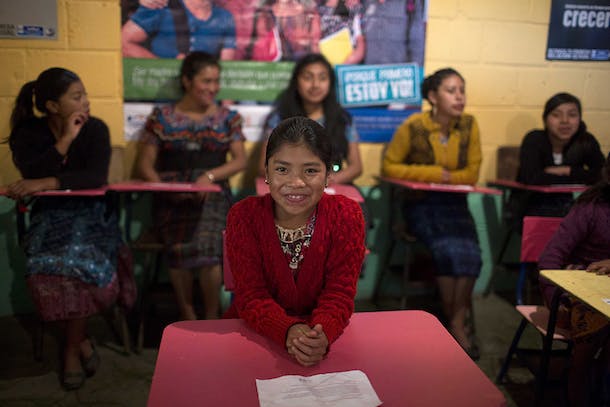 I just returned from Guatemala where the United Nations Foundation’s Girl Up team is focused on the UN’s vital work to empower indigenous girls and stop domestic violence in rural towns and villages. Thinking about the people I met there, I keep returning to one word: bravery.

It takes bravery for girls to ask their parents to allow them to join the Espacio Amigable – “Safe Space” – program run by the UN in remote towns such as Llanos de los Tuices and Santiago de Chimaltenango, towns located up in the Cuchumatanes Mountains, many hours from Guatemala City.

It takes bravery to join the spaces because the UN’s programs challenge longstanding cultural norms and perceived economic realities, which include marrying as young as 12 or 13 years old, bearing children as a teenager, and accepting that your husband and men in your community will speak for you on issues affecting your life.

The Safe Spaces program created by UN agencies, including UNICEF, UNFPA, UNESCO, PAHO, and UN Women, attempts to flip the script and ensure that local communities are partners in this cultural shift to give girls and women a voice. 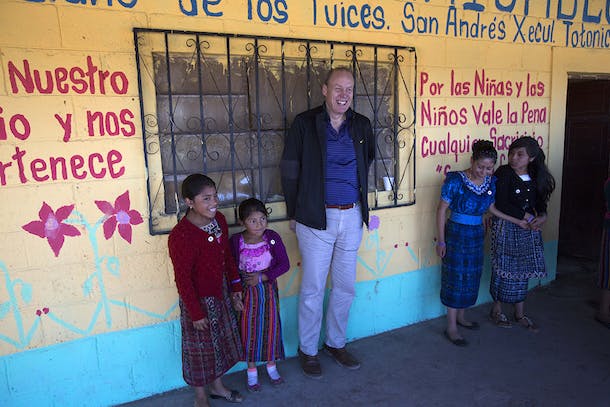 First, girls are taught the importance of self-esteem and are surrounded each day by girls who are committed to a better understanding themselves. Self-esteem is an essential to maximizing the second step: comprehensive sexual and reproductive health education. Girls learn that having kids at 12 or 13 years old is not only life-threatening to themselves, but detrimental to the children they would bear as teenagers.

Perhaps most importantly, the Safe Spaces program allows girls to just be girls – to stay in school, to bond with friends, to play games, to stay safe from violence, and to learn to be themselves – something that our Girl Up supporters around the U.S. and the world deeply believe in and use their voices and resources to support.

But empowering girls doesn’t start and end with girls and women. It also requires bravery from young men.

In San Andres Xecul, we met Manuel Jose, a 15-year-old boy who was participating in the White Ribbon program, run by UNFPA and designed to educate young men about domestic violence. Manuel Jose recounted that he had witnessed his boss repeatedly hitting his wife, demanding that she immediately do the laundry. As a result of the UN’s work, he now knew this was wrong and learned ways to prevent and confront violence in his community. He said, “Women are worth something and very important to us. They should be able to go to school and work without fear.”

Finally, girls’ empowerment requires smart and informed policymakers at the national level. For the past three years, the UN has been working quietly behind the scenes with the Guatemalan Ministries of Education and Health to adopt national standards on comprehensive sexual and reproductive health education, including cartoon books created by UNESCO about self-esteem and human sexuality, which are available to students throughout the country. Making these resources available takes political courage: This is not a slam-dunk in a conservative country such as Guatemala.

But, as we witnessed middle school kids in Huehuetenango receiving their books for the first time and play-acting how to support each other instead of tear each other down, I was proud of all of the Girl Up campaign’s work in making this program happen in partnership with the UN.

Guatemalans are committed to continuing progress for girls in education, reproductive health, and local political empowerment. Girl Up-supported UN programs are simply the resources helping them to achieve these goals. If you’ve been active in a Girl Up Club, educated your friends about the importance of empowering girls, contributed financially to the campaign, or lent us your voice, the sprouts of success in Guatemala to change the lives of adolescent girls is, in part, thanks to you. Thank you.

To learn more about the Girl Up campaign, visit https://girlup.org/.