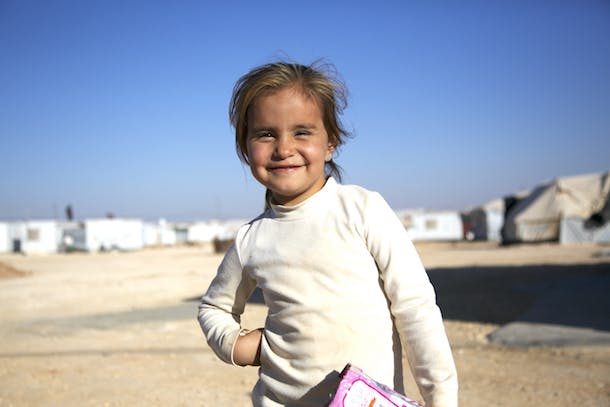 No matter how you voted, the U.S. elections have just laid bare deep divisions in our country – divisions that also exist in communities around the world.

At a time when many people are wondering what comes next, we must remember that we are not bystanders to history – we create it. At this moment, we have a choice: We can focus on what divides us or we can celebrate our diversity and embrace our common humanity.

As we have since our creation, the United Nations Foundation chooses humanity.

Our Founder Ted Turner’s vision of “a world of neighbors” animates us, as do the values enshrined in the United Nations Charter, which affirms “faith in fundamental human rights, in the dignity and worth of the human person, in the equal rights of men and women and of nations large and small,” and calls on us to “practice tolerance and live together in peace with one another as good neighbors.”  These values invoke the most cherished principles of our founding as a nation and have been enshrined by Republican and Democratic Administrations for decades as core to American interests and values.

With this as our beacon, the UN Foundation will continue to work with the UN to protect human rights, promote equality and justice, stand with the most vulnerable, and celebrate diversity in all its forms as well as the shared humanity that binds us together.

This task is not simple. Breathtaking progress is within reach, yet many feel simply left behind or left out. Our deep connectivity can leave us feeling that we live in different worlds.

There are also undeniable horrors unfolding in the world today – violations of human rights; atrocities perpetrated against innocents; families forced to flee violence only to have borders closed to them; a resurgent rhetoric of hate that we hoped had reached its apogee in the darkest days of the last century.

While it may be easy to feel helpless, we must be resolved – because history has time and again shown us that when we unite, with common purpose and clear vision, great gains are ours to claim.

By rallying for each other and with each other, in only 15 years, we’ve reduced child deaths by half; we’ve decimated deaths from HIV/AIDS; we’ve seen more than 1 billion people lifted from poverty; and we’ve expanded opportunity for millions.

Yet we can and must do better. Last year, 193 nations made a historic and unanimous pledge through the Sustainable Development Goals to be the first generation to end extreme poverty, the most determined generation to tackle inequality, and the last generation to confront climate change.

Realizing this promise will take all of us – speaking up for what is possible, speaking out against injustice, giving our time and talent to causes we care about, and every day actively choosing to open our hearts to others instead of closing doors.

Robert F. Kennedy spoke of the “numberless diverse acts of courage and belief” that can shape human history, and what incredible power lies in the choices we each make every day. “Each time a man stands up for an ideal, or acts to improve the lot of others, or strikes out against injustice, he sends forth a tiny ripple of hope, and crossing each other from a million different centers of energy and daring those ripples build a current which can sweep down the mightiest walls of oppression and resistance.”

Thank you for being part of the movement that believes it can be done. Together, let’s build a better world, not just for some, but for all.