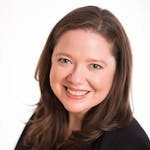 From investing in human capital and achieving the Sustainable Development Goals (SDGS) to tackling climate change, and addressing the promise and peril of new technologies, last week’s World Bank-IMF annual Spring meetings brought together hundreds of world leaders, government officials and representatives from the private sector and civil society to discuss global solutions for the planet’s most urgent challenges.

Throughout the meetings, conversations emphasized the importance of international cooperation as the world reflects back on the establishment of the current multilateral system nearly 75 years ago and looks forward to a world where people, institutions, and countries must prepare for a rapidly evolving world, from a dynamic geopolitical environment to the changing nature of work.

The meetings also served as the debut for the World Bank’s newly confirmed president, David Malpass. Despite concerns that Malpass would chart a new and more limited path forward for the organization, he confirmed his commitment to the World Bank’s twin goals of eliminating poverty and boosting prosperity at last week’s meetings while reaffirming its focus on addressing climate change.

Other highlights from the week include:

• The SDGs as a Shared Roadmap for Tackling Inequalities and Leaving No One Behind: Across conversations, we heard about the central role of the SDGs in helping to align efforts across the public, private and civil society sectors. UN Deputy Secretary General Amina Mohammed pressed that while the framework had gained traction as a universal agenda, progress to date has not been fast enough. World Bank CEO Kristalina Georgieva emphasized the need for good national-level policies aligned with the SDGs and underscored the vital role of partnerships and working together.

IMF Managing Director Christine Lagarde led a conversation with the lead economists from the IMF, OECD, and World Bank on ensuring that global growth benefits all, stressing that inequality is a critical challenge that must be better addressed. For its part, the World Bank launched the Empowering Women by Balancing the Law initiative, which aims to support countries in eliminating discriminatory laws.

At a discussion on global trade and poverty, Georgieva emphasized the World Bank’s work to better understand the impact of policies on the poorest and most vulnerable, particularly through efforts to build and encourage investment in human capital. As part of these efforts, UNICEF and the World Bank announced a $1 billion partnership last week to invest in education and skills training for youth in developing countries in support of the Generation Unlimited initiative, which seeks to better prepare the world’s largest youth cohort for the future of work.

Given the central focus of inequality in France’s G7 presidency this year and the review of SDG 10 on inequalities at the UN’s High Level Political Forum in July, the challenges that inequality presents to sustainable development will be in sharp focus in 2019.

• The Urgency of Climate Action: Malpass’s recommitment to the World Bank’s work on climate change includes its policy to end support for coal-fired power plants by 2020. But the theme that permeated climate discussions last week was around the necessity of urgency and more ambitious action. Responding to that cry, more than 20 finance ministers—from Austria to Kenya to Uruguay—joined forces in a new coalition for climate action. The group endorsed a set of six principles, known as the Helsinki Principles, to promote climate action at the national level, with a focus on aligning policies with the Paris Climate Agreement and integrating climate into macroeconomic and fiscal policy decisions. This new coalition includes three G7 members—including the G7’s 2019 president France—as well as five countries providing leading support to the UN Secretary-General’s climate summit this September, with the potential to play a major role in linking national and global climate action and making 2019 a transformative year.

Also during the meetings, world renowned naturalist David Attenborough called for renewed global efforts to protect the world’s oceans, emphasizing the significant role that oceans play in absorbing carbon and providing food and livelihoods for millions worldwide. Georgieva led a discussion of global thought leaders—including Gunhild Stordalen, who established the EAT Foundation—on the findings of the recent EAT-Lancet Report on Healthy Diets and Sustainable Food Systems, which underscores the urgent need for a transformation of global food systems to nourish the projected global population of 10 billion by 2050. The issue of oceans, food supply and land use are crucial elements of the climate conversation and will be the subject of forthcoming IPCC reports this summer and fall.

• Financing Progress at a “Delicate Moment” for the Global Economy: The Spring meetings opened with the IMF downgrading expectations for global growth in 2019 at a “delicate moment for the global economy,” presenting an additional blow to already palpable concerns about funding. The World Bank has played a leading role in efforts to move “from billions to trillions,” using its lending capacities to help unlock private sector finance to achieve the SDGs. Although private sector leaders are emerging, the effort so far has fallen short. Recent research from the Overseas Development Institute found that expectations around so-called blended finance are not realistic for poor countries and that efforts to date have managed to catalyze just 37 cents of private capital for every one dollar of public finance invested. The latest Report on Sustainable Development Financing underscores the urgency: New solutions will need to be developed and scaled quickly to achieve the SDGs by 2030.

This may require new thinking on the risks that blended finance can entail. Earlier this month, Maxine Waters, chair of the U.S. House Financial Services Committee, expressed reservations about a lack of transparency and competition in the Bank’s private sector lending in low-income countries.

That’s not to say there are not green shoots. Last week 60 investors representing $350 billion in assets signed on to a set of nine operating principles intended to ensure that impact considerations are weighed at every step of the investment lifecycle. Progress in implementing the principles will be measured annually through public disclosures. On the sidelines of the meetings last week, experts from the UN Conference on Trade and Development and Boston University introduced five new solutions—dubbed the “Geneva Principles for a Global Green New Deal”—to help create an international economic system that better delivers on the promise of multilateralism.

World leaders also took steps to operationalize the International Facility for Education, a potentially pathbreaking approach to financing education that’s expected to be open for business next year. Meanwhile, the World Bank, USAID, and the Global Financing Facility co-hosted the fourth annual Health Financing Forum on the sidelines of the Spring meetings, which focused on scaling digital financing innovations and accelerating public and private investment in better health outcomes.

These financing discussions will continue this week at the UN’s Financing for Development Forum, as well as in September when world leaders gather for a high-level event on financing.

• Poverty, Fragility, and Conflict: How to tackle complex, interconnected challenges like poverty, health, governance and climate change in fragile settings—and thus deliver on the SDGs for millions of the world’s most vulnerable—was a recurring topic of discussion last week. A recent UN report on food insecurity demonstrates the urgency of the problem, finding that nearly two-thirds of the 113 million people in the world suffering from acute hunger reside in just eight countries, most of which are experiencing fragility and/or conflict. If current trajectories hold, 85% of people living in extreme poverty will reside in fragile or conflict-affected environments by 2030.

Understanding the scale and shape of the challenge, the World Bank has dedicated increased attention and funding to complex environments affected by fragility and conflict. In 2018, for example, the World Bank joined forces with the United Nations on the Pathways for Peace report to identify what works in such environments. To put this learning into action, the World Bank is currently developing a new fragility strategy.

During a meeting on preventing conflict and promoting peace, Georgieva took the opportunity to ask for advice on shaping the strategy from former presidents Ellen Johnson Sirleaf of Liberia and Michelle Bachelet of Chile, two countries that have recently stabilized after decades of violence. President Sirleaf emphasized the importance of context-specific strategies and policies, the need to strengthen the private sector, and bringing in civil society expertise. Bachelet, now serving as the UN’s High Commissioner for Human Rights, stressed that strategies must focus on addressing inequalities, which are at the heart of all conflicts.

• Technology’s Promises and Perils: The rapid pace of advancing technology permeated nearly all discussions last week. Its role in disrupting labor and employment featured across conversations related to human capital and global trade, underscoring the importance of new approaches and policies.

But technology’s role in advancing new solutions was also on display. The African Union and World Bank are partnering together to reduce the digital divide in Africa and bring high-speed digital connections to the entire continent, a “moonshot” to accelerate an active digital ecosystem and ensure all Africans can benefit from the digital transformation. This is particularly important because only one-quarter of all Africans have access to the internet, though the region does boast the highest rate of growth. Last week’s Mission Billion event sought creative and pathbreaking proposals to advance digital ID systems to reduce inequalities in access to digital services while ensuring user privacy.

These conversations complement ongoing discussions held under the auspices of the UN Secretary General’s High-Level Panel on Digital Cooperation, launched in 2018 and led by Melinda Gates and Jack Ma. The panel is expected to release its final report in early June, focused on economic, social, individual, and governance implications of the global digital revolution.

These discussions and outcomes, worthwhile in their own right in helping to chart the path for the World Bank and IMF during a time of transition in leadership, also serve as a launchpad for driving and maintaining global policy discussions over the coming months—beginning this week at the UN’s Financing for Development Forum, then later this summer during the G7 and G20, and finally this September at the UN’s General Assembly, which will include high-level meetings on climate, the SDGs, financing, and universal health coverage.