Supporting Refugees: What UNHCR and Partners Built in Uganda

Supporting Refugees: What UNHCR and Partners Built in Uganda 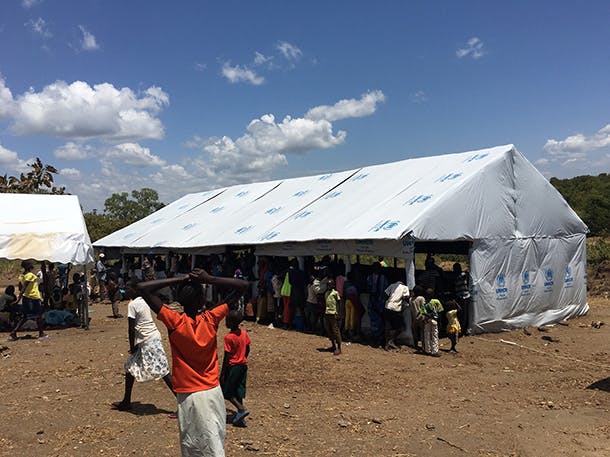 In a six-week span from August to September – approximately the length of time of baseball’s playoffs – the UN Refugee Agency (UNHCR) spearheaded efforts to turn an open piece of land in Uganda into the Bidibidi refugee settlement – a settlement the size of the city of Pasadena, California.

Over the summer, a massive surge in refugees fleeing renewed violence and food insecurity in South Sudan arrived in Uganda. In response, Uganda’s Office of the Prime Minister and UNHCR had to move quickly to find shelter for tens of thousands of refugees. They chose several locations for additional refugee settlements; among those was the Bidibidi settlement in the Yumbe district of northern Uganda.

In total, there are now over 509,000 South Sudanese refugees in Uganda, which means the country is host to one of the largest refugee populations in the world. Bidibidi, in and of itself, stands as one of the globe’s largest; it now hosts over 166,000 refugees and covers 110 square miles.

But what does this really mean? What it does it take to go from literally nothing to the creation of a mid-sized city?

I was there in October and can say it requires a mobilization effort of the highest order. It requires a number of entities partnering to address a range of critical needs – in health, housing, food, water, and sanitation. Due to the herculean efforts of UNHCR, the lead UN agency responding to the refugee crisis in the country, the Ugandan government, other UN agencies and nongovernmental organizations, this is exactly what happened.

How? Let’s break it down.

When a refugee from South Sudan enters Uganda – and there are thousands crossing each day –they are first registered at the border by the Ugandan government (with UNHCR monitoring the process). 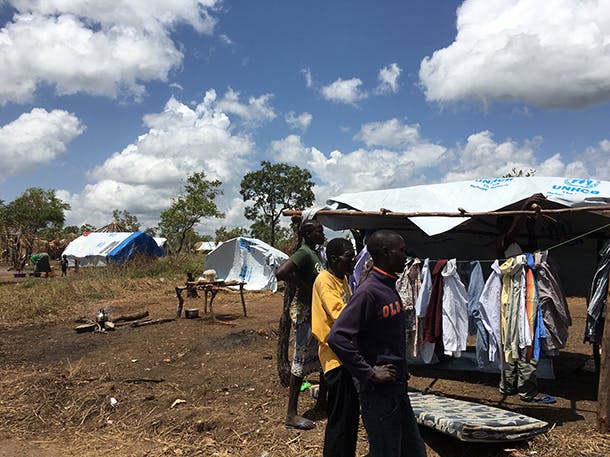 Their basic information is recorded, and they are given food. Immediately afterward, they undergo a medical screening and vaccinations. For those healthy enough, they are taken to a reception center and provided a hot meal and blanket.

Currently, 36 hours from their initial arrival, these refugees are given a plot of land by the Ugandan government, which has a unique and remarkably open policy to refugee resettlement.

At Bidibidi, they will also find: 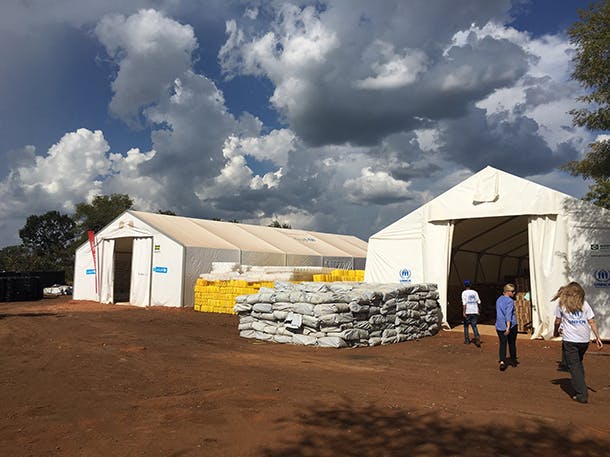 While I was there, I saw the UN and UNHCR at their finest. Operating in conjunction with the government and NGO partners, UNHCR is moving incredibly quickly to address a massive humanitarian crisis similar in scale as to what is being faced in Syria or Yemen or Iraq.

Of course, major challenges remain in all the areas I mentioned, due to the number of refugees streaming across the border, funding constraints, and the critical needs of those currently living inside the settlement. But, as I witnessed, the UN is intent on seeing that everyone crossing the South Sudan border is given the life sustaining support they need.