Support the UN’s Response to Hurricanes Irma and Maria

Support the UN’s Response to Hurricanes Irma and Maria 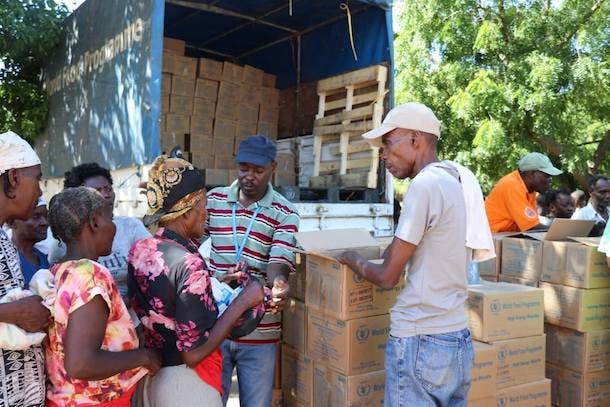 Hurricanes Irma and Maria have devastated large parts of the Caribbean and the U.S. territory of Puerto Rico, leaving the region in a state of emergency and millions of people in need of critical aid and supplies.

During this time of crisis, we’ve seen individuals, corporations, NGOs, and governments all come together to assist those affected. The United Nations and its agencies are also playing an important role in assisting the relief efforts following these two devastating hurricanes.

Here are a few examples of the UN’s widespread humanitarian response in the region:

– The World Food Program (WFP) pre-deployed more than 141,000 pounds of food to the Caribbean from their humanitarian response depot in Dubai in preparation for Hurricane Irma. Now, food and supplies are being distributed to individuals in need in Haiti and across the Eastern and Western Caribbean islands.

– The UN Office for the Coordination of Humanitarian Affairs (OCHA) has launched a Regional Response Plan in the wake of Hurricane Irma, requesting $27 million total to help meet the urgent needs of up to 265,000 people in the Caribbean affected by disaster. Additionally, the UN has launched an action plan to help people in Cuba recover, as well as a flash appeal of $31.1 million for Dominica following Hurricane Maria. The UN has also released funding from the Central Emergency Response Fund (CERF) to help provide immediate aid.

– The UN Population Fund (UNFPA) has scaled up its efforts in the Caribbean to provide aid for pregnant women and dignity kits to meet the health and hygiene needs of girls and women. These kits include supplies such as soap, underwear, and sanitary napkins.

– The UN Development Programme (UNDP) is providing support and technical assistance to governments as they begin to rebuild infrastructure and communities in the wake of the hurricanes. UNDP provides financial resources, emergency employment opportunities, and expertise on issues such as landfill management.

We can all do our part to help the victims of Hurricanes Maria and Irma in this critical time of need.

In fact, Google recently announced they would a $1 million commitment to four main organizations, including two UN agencies – WFP and UNICEF – in support of their relief efforts. Similarly, Facebook also announced a $1.5 million donation to two organizations – one of which is WFP.

Here’s how you can pitch in to help the UN’s response in Puerto Rico and the Caribbean.

UNICEF USA is mobilizing to get immediate support for children in Puerto Rico at risk. Donate here.

You can also support disaster response donating to CERF.

And you can support UNDP’s efforts in the region by donating here.