Support Humanitarian Needs in the Democratic Republic of Congo

Support Humanitarian Needs in the Democratic Republic of Congo 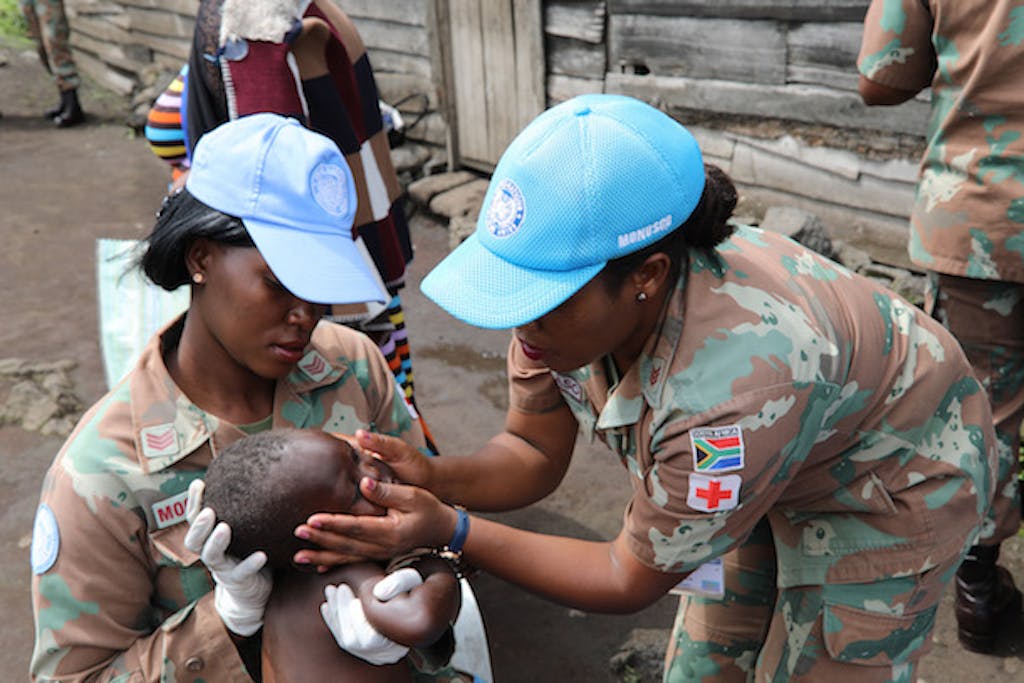 The humanitarian crisis in the Democratic Republic of Congo has been described by the United Nations as “one of the world’s largest and most complex.” This recent Washington Post story outlines many of the challenges, such a quick upsurge in violence in some communities, difficulties delivering aid, and mass displacement.

This crisis rarely makes the headlines, but it needs more attention, which is why we’re asking people to get involved and support the UN’s humanitarian response.

Donate to the humanitarian fund in the Democratic Republic of Congo.

This fund can disperse funds rapidly and in areas of greatest need to support humanitarian groups and UN agencies in helping get aid like food and water to the most vulnerable people.

Years of violence and insecurity in many areas, such as South Kivu, North Kivu, and Tanganyika, have resulted in immense suffering: More than 13 million people need aid; some 4 million people have fled their homes; and 7.7 million people struggle to get the food they need. This is on top of the half of million refugees the DRC hosts from other countries.

Cholera and measles have afflicted thousands, and economic and political uncertainty have exacerbated problems in the country. The situation has deteriorated in the past year with once stable areas like the Kasia region erupting with violence.

Last October, the UN categorized the humanitarian situation in the DRC as a “Level 3 emergency” – its highest level – to mobilize a greater response.

UN agencies and aid organizations are working to provide relief – medical care, food, and more – to people in need of help. For example:

Their work is not easy, especially as needs continue to increase, aid workers face security threats, and the infrastructure for aid delivery is weak in many areas. 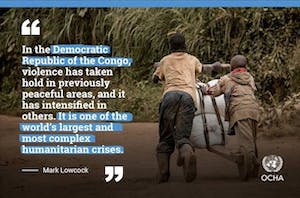 How can you help?

The UN Office for the Coordination of Humanitarian Affairs (OCHA) has issued a call for $1.68 billion to respond to humanitarian needs in the DRC this year, with the goal of helping more than 10 million people.

Last year, only 57% of requested funds were received – the lowest level in a decade – preventing humanitarian organizations from reaching all of the people in need. OCHA’s head Mark Lowcock said last November, “The single largest impediment to the humanitarian response in the DRC is the shortage of funding.”

On April 13, OCHA, the Netherlands, the United Arab Emirates, and the European Union are hosting a conference to raise awareness of and funds for the humanitarian response.

The pledging conference is an opportunity for donors to provide much-needed resources for the humanitarian response.

Individuals can play a role in helping meet humanitarian needs. Two ways to get involved are:

Providing lifesaving aid to families in need in the DRC is essential; ultimately though, they need peace.

To protect civilians and to support the government in its peace and stabilization efforts, the UN Security Council has authorized a peacekeeping operation in the country, known as MONUSCO. More than 18,000 military and police personnel work to promote stability and safety in the country, which will be especially important as the DRC looks to hold elections toward the end of 2018.