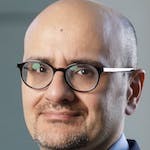 The United Nations is facing a cash crunch. At the beginning of 2019, Secretary-General António Guterres wrote to UN member states to warn them about the deteriorating state of the UN’s core peacekeeping and regular budgets.

Together, the two budgets fund the UN’s central activities including 100,000 peacekeepers and 40,000 staff across the world. Member states are legally obliged to pay pre-determined contributions to the UN’s regular and peacekeeping budgets, but over recent years, payments to the UN coffers have started to come in later and later.

UN financing issues are not new. Disagreements on funding UN Peacekeeping Missions as far back as the 1960s led to the General Assembly suspending most of its work for a year. Until a few years ago, the UN Secretariat was able to cope with shortages of funds by dipping into limited cash reserves. But the build-up of late payments in recent years has meant that these reserves are no longer sufficient to keep the UN solvent. The overall funding crunch has coincided with the United States administration deliberately withholding part of its share of the peacekeeping budget, putting UN operations under significant strain.

To date, the secretariat has been able to muddle through by delaying reimbursements to troop contributing countries, among other steps. This has a cost, as Secretary-General Guterres has pointed out: “The time spent on accounting acrobatics (and pleas such as this one) could be more profitably devoted to the mandates we are meant to fulfill.”

Delaying reimbursements has meant that for much of 2018, almost one-third of annual payments for peacekeeping personnel, equipment, and sustainment activities were overdue. This has started to impact the ability of troop-contributing countries to deploy troops. Rwanda, for example, reportedly had to withdraw a planned rotation of one of its troop contingents to the UN Mission in the Central African Republic because it had not received reimbursements it was relying on to update contingent-owned equipment. By the end of 2018, the UN owed $255 million of outstanding reimbursements to troop- and police-contributing countries.

There is a growing danger that accounting acrobatics will no longer suffice and drastic, perhaps crippling, action will need to be taken.

If the financial situation continues to deteriorate at its current rate, the Secretariat may need to start considering furloughing staff or curtailing aspects of peacekeeping operations. This could have serious repercussions for the vulnerable people across the world peacekeeping missions are intended to serve.

Cash flow management is a challenge for many organizations, but the UN Secretariat’s ability to respond adequately to the challenge is hampered by restrictions put in place by member states. Secretary-General Guterres has now come forward with an ambitious set of proposals for removing these restrictions and building more resilience. His proposals fall into four categories.

Secretary-General Guterres has on several occasions said that it’s the UN’s byzantine bureaucracy that most keeps him up at night. His predecessors have struggled with the same challenge and put forward changes like those he is currently being proposed. Reaching agreement among the 193 members of the General Assembly on meaningful change to how the UN’s finances work has in the past proved impossible and won’t be easy this time round.

New incentives for prompt payments are almost certainly too radical a step for the General Assembly. The big financial contributors will be wary of providing the cash needed for bigger reserves. Increased flexibility is an anathema to many developing countries who believe it will mean their priorities are downgraded, reflecting a belief – at times justified – that the UN Secretariat is disproportionately influenced by rich and powerful countries, including the five permanent members of the Security Council. All of this means the Secretary-General may struggle to have his proposals on the regular budget discussed, never mind agreed upon.

With these challenges, it is clear that the status quo is not working. Member states should thus focus on finding agreement on changes related to peacekeeping. Upcoming discussion on peacekeeping budgets offer a natural opportunity for member states to debate the dangers to peacekeeping missions from cash shortages. To make progress, the big financial contributors and troop-contributing countries will need to find a way to work together and identify common goals.

It should not be forgotten that strengthening the financing of peacekeeping is essential to the missions authorized by the Security Council, and far more importantly, to the millions of people they serve.

Wasim Mir is the Senior Fellow on UN Reform at the UN Foundation. He recently published a paper on UN’s financing challenges entitled “Financing UN Peacekeeping: Avoiding Another Crisis.”

When Old Technology Meets New: How UN Global Pulse is Using Radio and AI to Leave No Voice Behind