Stories of Survival: 5 Women Across The Globe Speak Out

Stories of Survival: 5 Women Across The Globe Speak Out

It’s a global pandemic that will affect one in three women in her lifetime.

It’s one of the most common human rights violations on the planet.

It remains one of humanity’s greatest hurdles to achieving global progress.

Gender-based violence comes in many forms — from domestic abuse and sex trafficking to child marriage and genital mutilation — and it knows no social, economic or national boundaries.

Breaking the silence is the first step to confronting this crisis. Thanks to movements like #MeToo and #TimesUp, women and girls across the planet have found strength in one another.

To commemorate this year’s global campaign to end violence against women and girls, we’re amplifying the voices of five women in five countries who are sharing their own stories and working with UN Women to empower other survivors across the planet. 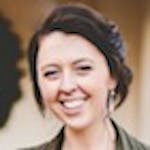