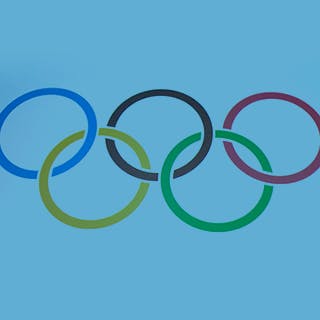 The Olympic Winter Games in Sochi are set to begin on February 7th. The athletes have spent years – sometimes almost their entire lives – preparing for their chance to compete in the Olympics. But travelers to the Sochi Games, and any large mass gathering, also need to be smart about preparing for public health threats. Gerald Rockenschaub, programme manager for country emergency preparedness at the World Health Organization’s Regional Office for Europe, answered questions and shared his top tips for staying safe and healthy at Sochi and other large events coming up in 2014. Here are the highlights:

Chelsea Hedquist: At large mass gatherings, such as the Olympics, what are some of the most common public health threats?

Gerald Rockenschaub: When large numbers of people are traveling and gathering for events, the most likely health risks can include infectious diseases – like respiratory infections – food poisoning, sexually transmitted diseases, and accidents or other types of injuries.

Crowd dynamics, in combination with alcohol abuse or consumption of illicit drugs, may trigger outbreaks of violence. As mass gatherings receive high media attention, they might become a target for potential terrorist attacks.

CH: As travelers attend mass gatherings such as the Olympics, what are smart steps they should take to prepare and protect themselves against such health threats?

GR: Travelers should consult a health care provider well in advance of leaving home to make sure they get the right vaccinations and take sufficient supplies of medicines for their personal use with them. They should check their country’s and international travel advice for updated information. Measles, rubella, polio and tetanus vaccinations are especially important, as well as protection against seasonal flu through annual flu shots for people at risk.

When in Sochi, travelers can prevent many avoidable health risks by:

· Taking safety and security precautionary measures – While crowd safety is primarily the organizers’ responsibility, travelers can protect themselves by locating emergency exits and first-aid posts at stadiums and by following the instructions given by officials. They should not abuse alcohol or engage in any use of illicit drugs.

· Preventing food poisoning – Good hand and personal hygiene is key. Travelers should wash their hands after visiting the toilet and before handling and eating food. They should choose food that is thoroughly cooked, or fruit and vegetables that have been washed and peeled.

· Protecting against sexually transmitted infections – The only way to avoid exposure is to make sure travelers avoid risky behaviors or minimize the risk by using condoms.

WHO also notes that the Sochi Olympics are tobacco-free and attendees will not be permitted to smoke in stadiums or at outdoor sports venues.

CH: Will measles or rubella be of particular concern at the Sochi Olympics, given the number of large outbreaks that have taken place in the European Region in the past few years?

GR: Regular social contacts during mass gatherings can increase the spread of communicable diseases, including measles and rubella. This is why anyone traveling to the Olympics or attending any of the events should check their immunization status before they travel or attend.

It is strongly recommended that travelers are vaccinated against measles and rubella in sufficient time before they travel.

CH: Is there any concern that certain infectious diseases picked up from attendees at the Sochi Olympics could be imported to other countries when attendees return from the Games?

GR: International travel involves risks to travelers, and mass gatherings may be associated with increased disease spread. Communicable diseases that are not endemic in the Russian Federation could possibly be imported.  On the other side, infections acquired while attending the Sochi games could be imported to the home country.