South Sudan’s Refugee Crisis: A Closer Look at the Root Cause

South Sudan’s Refugee Crisis: A Closer Look at the Root Cause

For a growing number of South Sudanese refugees, there is a new word for safety: Kakuma.

The United Nations’ Kakuma refugee camp sits near the South Sudan border in neighboring Kenya. If that feels a world away, consider this: It is home for more than 100,000 individuals — a population roughly the total size of Charleston, South Carolina. 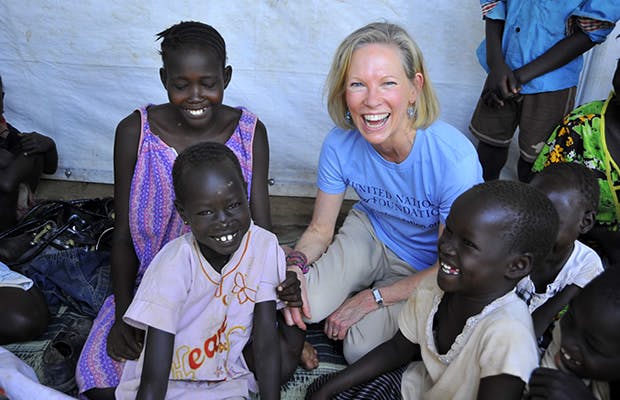 I had the opportunity to visit with Kakuma camp’s residents last week. Kakuma is crowded. With new faces arriving every day, it is a round-the-clock operation to respond to urgent health care and protection needs, not to mention providing adequate infrastructure and basic services like food, water, and clothing.

And unfortunately, there’s no end in sight to the UN’s critical work in Kakuma. Many of the refugees I met — from infants to grandparents — were forced to flee their homes to escape the recent turmoil in neighboring South Sudan.

That was the case for Nyanwour Deng, a mother of four and a new arrival at the camp. Nyanwour fled from Juba, South Sudan, and together with her children aged between 5 and 8 years old, walked three days to get to the safety of the Kakuma camp.

Nyanwour’s story is difficult to hear — and tragically it is not unique. In fact, more than 825,000 people have already been displaced by the brutal violence in the world’s youngest nation, and far too many have been killed.

Countless more innocent lives would have been lost if it wasn’t for the UN’s efforts to protect civilians – including an unprecedented move to shelter 85,000 people on its peacekeeping bases during a particularly virulent outbreak of fighting.

That’s one thing I couldn’t stop thinking about as I walked by shelters like Nyanwour’s, where families are attempting to carry on after being forced to leave everything behind: What if the UN wasn’t there? What if there was nowhere for Nyanwour and her family to go to escape the violence consuming her country?

The bottom line is: UN resources like the Kakuma refugee camp are absolutely critical and need our support. They literally save lives. But they cannot be the long-term solution that would allow refugees to return home.

We must work with our partner the UN to tackle the root causes of displacement. That’s exactly what UN peacekeepers risk their lives every single day to do: Restore peace and stability to war-torn nations like South Sudan so families like Nyanwour’s don’t have to flee.

While the FY’14 appropriations bill for the U.S. government that passed just a few weeks ago thankfully supports the UN Refugee Agency’s vital work, it also underfunds every single UN peacekeeping operation —  for an overall cut of 12 percent. What’s more, Congress long ago placed an arbitrary cap on how much it would pay for the UN’s overall peacekeeping budget. And while over the past years and months, we have asked the UN to do more for the sake of peace and security, including in South Sudan, the U.S. has not fully adjusted the cap to match the demand.

The impact amounts to a $20 million shortfall for the South Sudan mission and a total of $60 million when you also include the neighboring Sudan missions in Darfur and Abyei. (Even more remarkable, the UN mission in Mali now faces a staggering shortfall of $250 million.)

This is one bill we should be paying in full. If you’re interested in taking action to restore funding for UN peacekeeping, please join the Better World Campaign’s efforts here.

Seeing with my own eyes how much the UN is able to do with so little – and meeting the very people who benefit from its life-saving programs around the world – made it crystal clear just how vital it is for the U.S. to remain a committed partner to the UN.