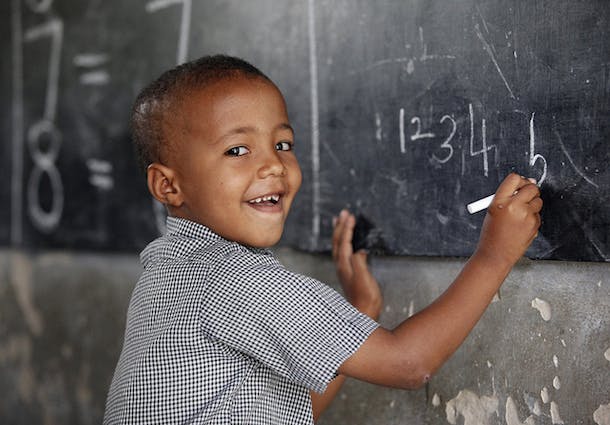 The USGLC brings together voices from across sectors and across the aisle, but the message is the same: Strong U.S. support for development and diplomacy is one of the smartest steps we can take to advance America’s security and values.

Take measles, for example. Around the world, millions of children don’t have access to vaccines, and each day, nearly 400 people – mostly children under the age of 5 – die of measles. While the United States eliminated measles years ago, this year we’ve seen a sharp spike in cases, in part because of travelers who bring the disease into our borders.

A challenge this big can’t be tackled by one government or one country alone though, and we’ve seen the power of smart partnerships to drive progress. UN agencies, governments, businesses, and civil society organizations have formed a number of partnerships that have raised funds for immunization, improved and increased vaccination campaigns, driven down the costs of vaccines, and increased awareness of the need for action.

These partnerships are showing results: Millions of additional children have been immunized against deadly and debilitating diseases. Since 1990, child deaths have been reduced by nearly half. Polio cases have been cut by more than 99 percent in the last 25 years. And since 2000, measles deaths have decreased by 75 percent.

The United States government and the American people have been leading supporters of global immunization efforts, providing technical expertise, essential financial resources, and the voices of citizens from across the country who raise awareness of this work.

As we head into the New Year, the United States has an important opportunity to build on the progress we’ve made by making a strong financial commitment to Gavi, the Vaccine Alliance – a public-private partnership that supports immunization in developing countries. Since its creation in 2000, Gavi has already helped immunize 440 million children. In January, world leaders will come together to pledge resources for Gavi’s next strategic period of 2016-2020. With adequate resources of $7.5 billion, Gavi estimates that it can immunize 300 million additional children, saving the lives of 5 million to 6 million children. Strong financial support from the United States will help Gavi achieve this goal and demonstrate our continuing commitment to the initiative, an important signal to the rest of the world.

The United States can’t and shouldn’t solve all of the world’s problems alone – but through smart partnerships on efforts like global immunization, we can build a better future for Americans and for all people.