Recently the world marked 500 days until the target date for achieving the Millennium Development Goals (MDGs), “the world’s to-do list” for reducing poverty around the globe, as agreed to by member states of the UN in 2000. While we have made great strides in some areas, for example, by cutting in half the number of extremely poor worldwide, much remains to be done to achieve all our goals. To accelerate progress, we have a real opportunity to more extensively harness the power of science, technology, and innovation.

The potential offered by innovation has become clear to me through my day-to-day work with the U.S. Agency for International Development (USAID). I’ve seen how technologies can sharpen the identification of problems and solutions; it became obvious when geographic information system (GIS) data revealed that dropout rates for middle school girls’ in East Africa correlated highly with the need to travel over two kilometers from home to school. It was equally evident when other GIS data showed that male and female HIV-AIDS infection rates widely differed geographically, enabling targeted interventions to treat afflicted men and women and to prevent the spread of disease.

Technology is also beginning to demonstrate how it can directly drive amazing results for development. In Nepal, where one in every 22 infants dies before turning one, USAID, working in partnership with the National Institutes of Health and the Bill & Melinda Gates Foundation, supported clinical trials of Chlorhexidine Digluconate (CHX), a low-cost antiseptic to treat an infant’s umbilical cord stump.

The results were amazing. It cut infant mortality by 23% for pennies per dose — a dramatic reduction that could save 1,500 lives in Nepal this year alone and is directing contributing to progress toward achievement of MDG 4 – reduce child mortality. USAID is now dramatically scaling up this life-saving intervention with the next trials slated for Nigeria.

Drought tolerant maize is a potent tool for advancing global food security and reducing hunger. Maize is the most widely grown food crop in Africa — more than 300 million people depend on it as a staple crop. Yet climate change variability and ever increasing droughts are a harsh reality for smallholder farmers in Africa. Varieties of drought tolerant maize can yield as much as commercial seed under normal conditions and can yield up to 30% more when there is moderate drought. Having helped develop some 50 different varieties, USAID hopes to work with partners to bring the seed to 4 million more farmers in the next 18 months. That will build resilience in agricultural communities in Africa and contribute to MDG 1 — eradicate extreme poverty and hunger. 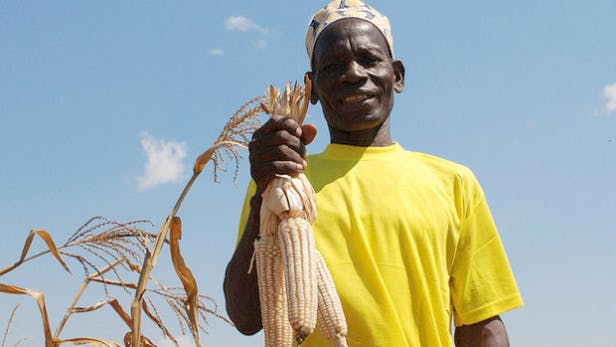 The untapped potential for technology to transform lives remains enormous and can accelerate progress towards the MDGs across the board. Earlier this year, USAID launched the Global Development Lab (“the Lab”) to source, test, and deliver new solutions that will enable visible progress around the world. Already the Lab is demonstrating how a focus on technological advancement can pay dividends in a broad range of domains.

As we continue the momentum for progress on the MDGs, leveraging the power of science, technology, and innovation will be a cornerstone of our efforts to accelerate progress.