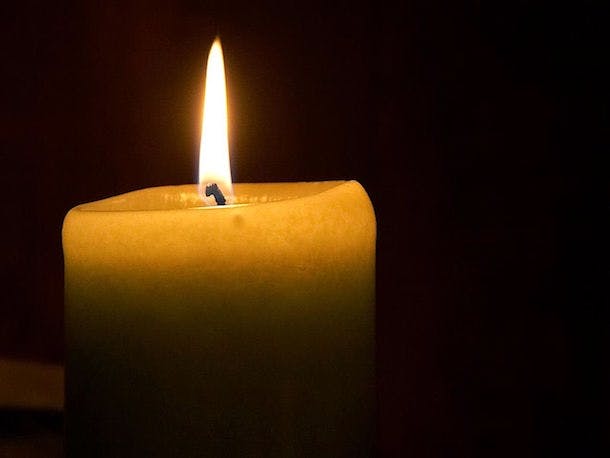 Last month, I met up with a friend who had just been forwarded a video of Congolese soldiers in the region of Kasai shooting at what appeared to be unarmed men and women. I turned to him, a human rights advocate, and said, “Someone needs to investigate what is happening in this region of DR Congo.” The United Nations did just that, dispatching Michael Sharp, Coordinator of the UN Group of Experts tasked with monitoring international sanctions against the warring parties in the Democratic Republic of Congo, to ascertain what happened.

Despite Michael’s youth (he was, in fact, the youngest person to hold such a position at the UN), he was an expert in dealing with Congolese rebel groups and possessed a detailed understanding of the security situation in the country. Prior to his service with the UN, Michael worked for a small non-governmental organization, persuading more than 1,600 rebel fighters to turn in their weapons and surrender.

However, during his most recent visit to investigate the violence in Kasai, something went terribly wrong: Michael, another member of the group of experts named Zaida Catalan, and four Congolese colleagues were kidnapped by armed men. This week Michael and Zaida’s bodies were found dead.

The UN’s history of involvement in DR Congo has been lengthy and at times quite difficult. However, the UN peacekeeping mission currently operating there (known as MONUSCO) has made real progress in helping to stabilize the country, which has been in a protracted state of insecurity for more than two decades. In the DR Congo’s eastern provinces, MONUSCO is playing a pivotal role in efforts to counter an array of vicious armed groups, and successfully helped disarm M23, a notorious rebel organization.

Last year, I visited DR Congo to see the work of the UN firsthand. Having studied conflict, I was overwhelmed by the challenges I witnessed – the sheer number of armed groups, the competing priorities, the lack of government support, the stalled political process, and the omnipresent threat of violence.

At the same time, however, I was heartened by the dedication of the UN personnel there – civilians, police, and military – who, day in and day out, work incredibly hard under extremely difficult conditions to help create a better life for the Congolese people. These committed individuals, like Michael and Zaida, provide hope, because they remind us that we cannot turn our backs on the people who inhabit the largest country in Africa.

That work is now more important than ever. As Michael’s father said, “We hope that the UN will continue to work for peace in Congo and that the U.S. does not renege on its fees to the UN because the Group of Experts is one of the best shots at peace.” I never met Michael or Zaida, but from the accounts I’ve read, they were committed to shining a light on human rights abuses in DRC and holding the perpetrators accountable for their egregious crimes. We will always remember Michael and Zaida and be grateful for their efforts to seek justice on behalf of those killed in Congo whose names we may never know.