Q&A: After The World Health Assembly Special Session, How Likely Is A Pandemic Treaty?

Q&A: After The World Health Assembly Special Session, How Likely Is A Pandemic Treaty? 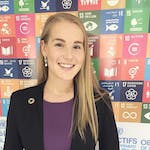 By Logan Nesson and Dana McLaughlin on December 6, 2021

In a landmark decision at the World Health Assembly Special Session last week, world leaders agreed to commence negotiations on an international framework, treaty, or accord for pandemic prevention, preparedness, and response, ushering in new opportunities to shape the future of global health security. To better understand this monumental outcome and what it means with regard to a “treaty” moving forward, UN Foundation Vice President for Global Health Kate Dodson spoke with journalist Mark Leon Goldberg. The interview has been edited and republished with permission.

Mark Goldberg: The discovery of the Omicron variant was top of mind for many at the World Health Assembly Special Session. How would you describe the tenor of conversation about this new variant in the global health community right now?

Kate Dodson: Unfortunately, it feels very fitting to start a conversation around how to prevent future pandemics by talking about a variant of significant concern. We’re still days or maybe longer away from really understanding the potential of this variant. The World Health Organization (WHO) is emphasizing that we know the proven public health and clinical measures that can protect against Delta and all other strains of this virus. We know they work and it is very likely they also work in the context of Omicron. 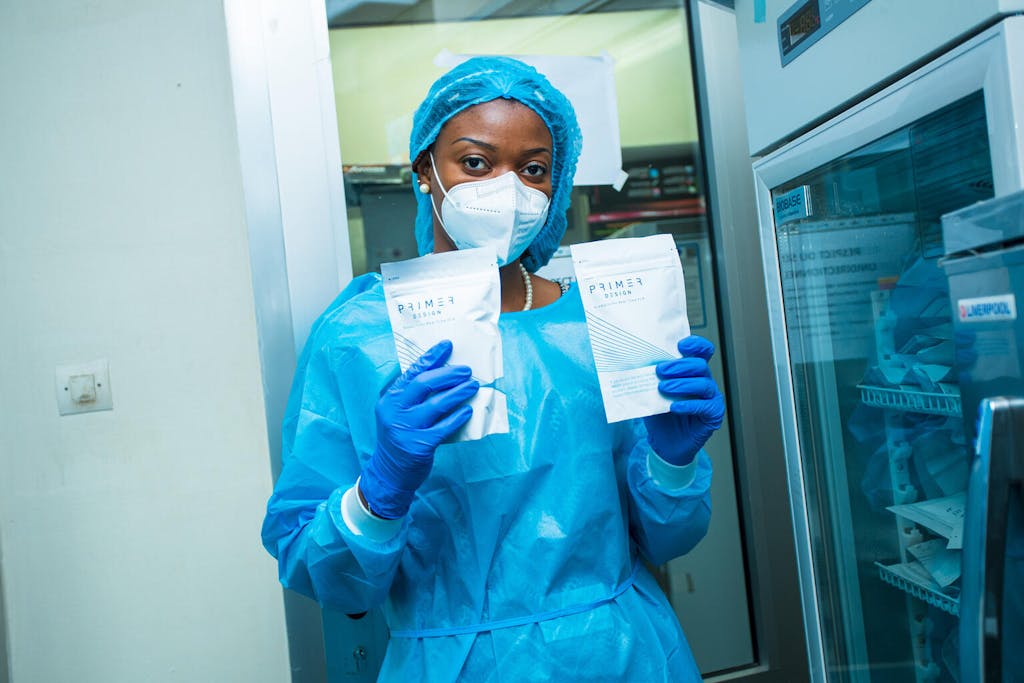 A health worker holds up COVID-19 test kits that have been essential for rapid diagnosis and timely management of patients as part of the national response to curb the spread of COVID-19 throughout the Democratic Republic of the Congo. Photo: Josué Mulala / UNICEF

MG: We’ve seen countries have this knee-jerk response to shutting down travel, mostly from countries in southern Africa. What has been the response among actual public health professionals?

KD: This is a well-worn problem in the context of emerging epidemics. You have to create incentives for countries to report early if they are facing a new threat, and it is their legal obligation under the International Health Regulations to do so. However, early reporting can come with challenges. Many countries, particularly those in sub-Saharan Africa, went on the record during the special session to implore that travel bans stop being a part of the equation. We know that travel bans have severe economic consequences. These can create a perverse incentive to hide discoveries. This has been a problem for decades, and the International Health Regulations tried to address it in the 2005 revision by creating an enabling environment for all countries to detect quickly and report early.

MG: In theory, what would be included in a treaty or pandemic accord?

KD: There are a lot of things that could be covered in a new international instrument. It could cover things like codifying the norms around access to novel countermeasures like new vaccines, new therapeutics, even personal protective equipment so we don’t wind up in a situation like we are now: where low-income countries have extremely limited access to COVID-19 vaccines.

Another lane is strengthening the rights, obligations, norms, incentives, or sanctions around early detection and reporting. This is exactly what we were talking about earlier with Omicron and the obligation countries have to report new health threats. 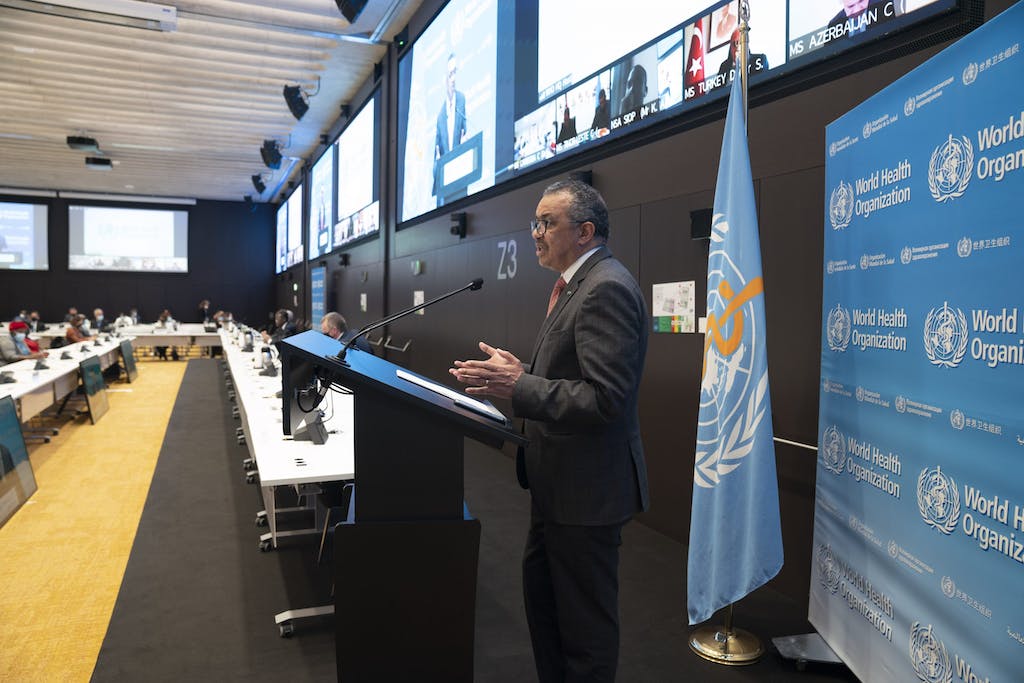 An accord could also ensure and enshrine human rights considerations when countries are designing their pandemic response strategies or [it could] capture the spirit of One Health and whole-of-government approaches. Pandemics are not just exclusive in the human health domain.

Lastly, the agreement could capture the kinds of norms for collective accountability around financing, trade, and many other issues that might come up.

MG: Often in situations like this, negotiating blocs emerge, where like-minded countries band together to push issues of common interests. Have you seen any of those blocs emerging just yet?

KD: They’ve already been emerging. The first bloc is supporting a treaty in and of itself, regardless of the content. There’s a group of missions and Member States called the Group of Friends of the Treaty. It corresponds highly to a set of more than two dozen Heads of State who went on the record in favor of a new instrument in March. That group was very active in the lead-up to the Special Session and will likely continue to be.

MG: What happened at this Special Session that increased momentum toward actually agreeing to a treaty?

KD: Member States, through a working group of over a hundred country representatives, started creating consensus in the summer, which allowed for the Special Session to gavel in its resolution successfully on Wednesday morning. A lot of that work had been done ahead of time. Where they wound up, I think, is a strong compromise of the divergent points of view. 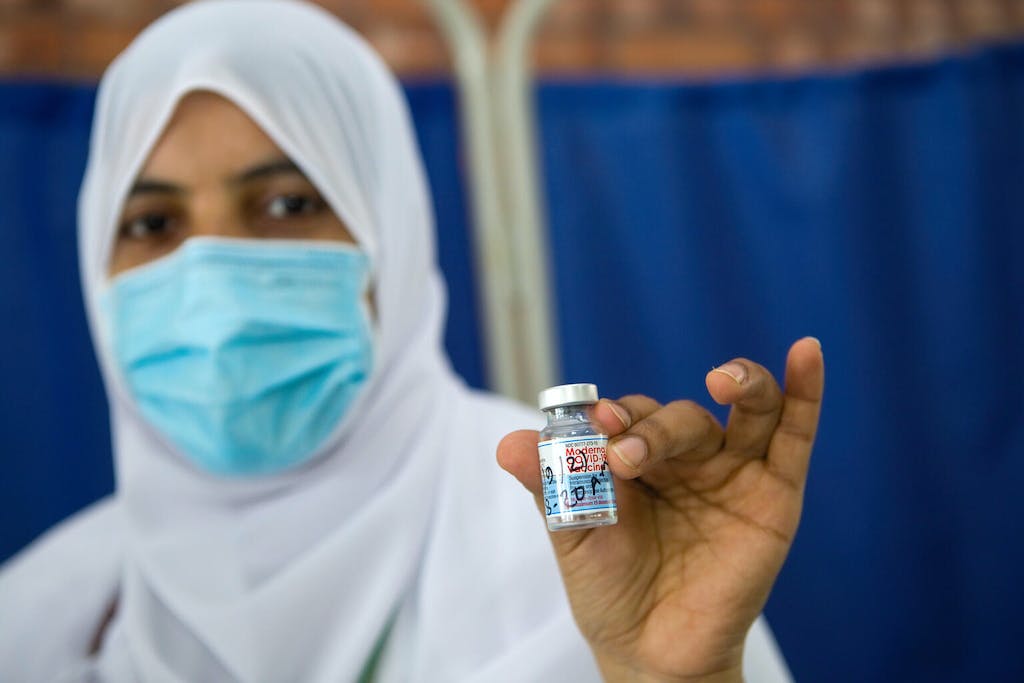 That compromise has a few main components. One is that not all the eggs are in the pandemic treaty basket. There are other ways that WHO’s work can be strengthened going forward. For instance, the International Health Regulations could be strengthened. This was a priority for several Member States and will be a part of the way forward. A second piece of the puzzle is sorting the content first before deciding the text of the instrument. This was a key priority for the United States Government, which said they can’t sign onto a treaty without a full understanding of what the content lanes will be and what are the areas it would try to solve.

MG: As it stands, will the outcome of negotiations produce a treaty that the United States Senate will have to ratify?

KD: WHO and other stakeholders are beginning to use the word “accord,” because it is purposefully ambiguous. The resolution doesn’t commit the Member States to negotiate a framework convention, like the example of the Framework Convention on Tobacco Control, which would require Senate ratification. This is a way to have the form follow function. The actual form is up for grabs, and that’s part of what Member States will begin to discuss once they’ve talked about content starting next summer. Afterwards, they can decide whether to include either legally binding mechanisms or something that’s more norms-creating.

MG: What is the next key inflection point that you will be looking toward that will suggest to you how this process is unfolding?

KD: The resolution asks that Member States hold their first meeting of this new negotiating body by March 1, 2022, where they’re expected to elect co-chairs and vice chairs. Historically, this is one chair per WHO region. That group then defines the timelines and methods of its work. Determining who is in the leadership is vital, as this will dictate pace, scope, and ambition moving forward. For instance, Brazil, which is a treaty skeptic, has asked to have a leadership role. That creates a different kind of pathway than if key treaty proponents, like the European Union, are elected into a negotiating body leadership position. After this happens next summer, the real negotiations will begin. Then there is a check-in to the World Health Assembly in May 2023, and the intent is that an outcome is submitted for consideration to the World Health Assembly in May 2024. This will be about a 2½-year process.

Listen to the Podcast

3 Things Omicron Tells Us About How to Defeat COVID-19

WHA Special Session — the Dawning of a New Era in Global Health Governance?

Antimicrobial Resistance is the silent pandemic we can no longer neglect