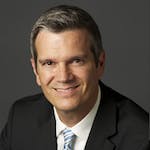 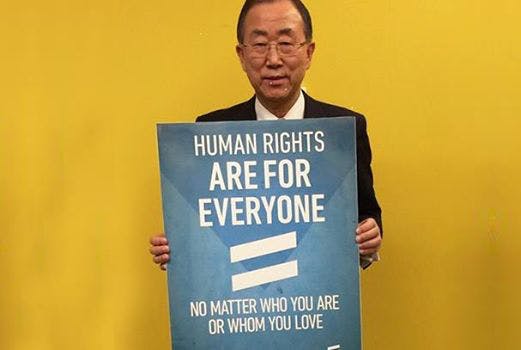 “Human rights are for everyone, no matter who you are or whom you love,” wrote United Nations Secretary-General Ban Ki-moon in May.

This week, the UN put these powerful words into action right from its headquarters: The UN announced that it has widened its internal staff policy to recognize the marriage of all same-sex couples wed in a country where same-sex marriage is legal.

This leadership is sorely needed right now as 76 countries around the world have criminalized same-sex relationships and violence and discrimination are too common in too many places.

In the face of hate and discrimination, the UN continues to stand up for human rights. While this list is far from comprehensive, here are some important actions the UN has taken:

The Universal Declaration of Human Rights states: “All human beings are born free and equal in dignity and rights.” While we still have a long road to travel to realize this world, each of us can join with the UN to move us farther down the path to a world of freedom, equality, and tolerance.

We can all do more than talk: Join the Free & Equal campaign here. And see how members of the United Nations Association of the USA are spreading the word here.