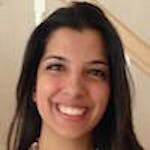 Every morning around eight, Qassem commutes through the dusty streets of the frontier town where he lives, passing storefronts, water treatment tanks, and shelters, on his way to the solar plant that powers life there.

Two things mark this town as unique. First, its location.

Located in a remote desert less than 10 miles from the border of Syria, Za’atari in Jordan began as a temporary refuge for Syrians fleeing violence in their homeland. Eight years into a brutal civil war that has displaced nearly half of the country’s population, it has evolved into a settlement for around 80,000 people, making it the largest Syrian refugee camp in the world.

The second thing that makes Za’atari unique? It’s also home to the largest solar plant ever built in a refugee camp. In 2017, the United Nations Refugee Agency (UNHCR) joined forces with the governments of Jordan and Germany to build this massive solar plant – the size of 33 soccer fields – to provide sustainable electricity and power the camp’s daily life.

Providing solar energy wasn’t just about building the plant – power lines were also needed to connect refugees’ shelters to the electricity it generates. Elsewhere in Za’atari, a system of pipes is being planned to provide clean water to residents. This semi-permanent infrastructure reflects reality: Not only is there an unprecedented number of refugees – more than 25 million around the world – but theirs is no longer a short-term plight. More than half of refugees are in exile for more than five years.

Around the world, the UN and its international partners are responding with solutions that go beyond emergency humanitarian response and include longer-term ways to improve the lives of some of the world’s most vulnerable people.

The solar plant in Za’atari is one such example and its impact has been transformational. Only a few years ago, Za’atari’s residents had access to 6-8 hours of electricity per day, provided by polluting generators. Everyday tasks such as charging a phone and plugging in a fan were made more difficult by the lack of reliable electricity.

Now, thanks to the solar plant, Syrian families in Za’atari have access to twice as much electricity, expanding their access to critical health services as well as their ability to work, cook and store food, heat their homes, study, walk safely at night, and so much more.

The solar plant is saving UNHCR and donors roughly $5.5 million per year in electricity costs. At the same time, the plant is estimated to reduce the camp’s annual carbon dioxide emissions by 13,000 metric tons per year – equivalent to 30,000 barrels of oil – reducing harmful impacts on the environment and resulting in cleaner air in Za’atari.

Nida Yassin, a UNHCR staffer who works in Jordan, has seen firsthand how the solar plant has transformed life in the camp. “Powering the Za’atari refugee camp with solar energy is not only a token of achievement, it provides a safer environment for all refugees residing in the camp,” she said. “It creates work opportunities to empower residents of the camps, enabling families to build a bright future for themselves.” This includes Qassem.

As an electrical technician, Qassem has worked on the solar plant since the very beginning, first coordinating with the company that built it, and now – alongside 250 other refugees at Za’atari – installing and maintaining the panels. Working on the solar plant enables Qassem to not only earn an income, but also restores his sense of dignity and maintains the skills he honed while owning his own business as an electrical technician in Syria.

“The experience that I’m getting here is amazing,” Qassem said. “And I’ll make sure that all of the skills I’m gaining here in the camp, I can implement when I’m back in Syria.”

Sitting in the UNHCR office as a dust storm loomed outside, the 30-something father of three wore a bright yellow vest as a bank of computer monitors behind him showed the 44,000 solar panels that he and his colleagues check each day. He spends long hours at the plant to provide for his young children, two of whom attend school in the camp. In Za’atari, humanitarian agencies like UNHCR and UNICEF operate 31 schools for some 21,000 school-age boys and girls.

Qassem is among 250 Syrian refugees living in Za’atari who play a critical role at the solar plant. Employees like him have been involved in all aspects of its creation, from constructing the infrastructure to connecting every shelter in the camp to ensuring its regular maintenance and upkeep. These employees ensure the project runs smoothly and can power life in Za’atari.

While Za’atari is the largest refugee camp powered by solar energy, it’s not the only camp where solar power is used to improve infrastructure and daily life. In the last two years, UNHCR and its partners have installed this technology in several other camps around the world, from the Azraq refugee camp just miles from Za’atari in Jordan, to the Dadaab camp in Kenya.

In the Kutupalong camp for Rohingya refugees in Bangladesh, UNHCR installed solar-powered water filtration systems to prevent the spread of disease and improve sanitation. As of this year, the first five systems are operating at full capacity, with the goal of expanding so that each refugee can have access to 20 liters of clean water every day – no small feat, considering that Kutupalong hosts 900,000 refugees.

Because climates differ around the world, solar energy is not the only option to provide sustainable electricity. In Aqrabat, Afghanistan, a town known for its constant wind, UNHCR built wind-powered turbine facilities to power life for the communities that have been displaced by decades of violence.

For Qassem, he still dreams of his old life in Syria and hopes one day to return. But for now, life in Za’atari has been improved by the solar panels that he checks every day, harnessing the power of the desert’s harsh sunshine to help his family and his three boys study for their exams after dinner and play outside after dusk.

Want to learn more about how the UN is innovating to improve lives? Sign up to be a champion of innovation.

Innovation in Action shares the stories of how the UN is working with partners to pilot, test, and scale new ideas and new ways of working to deliver better results for people on the ground. From using artificial intelligence to better understand peoples’ needs to innovative methods to reduce maternal and infant mortality to reimagined partnerships and new approaches to mediation, the UN is working across issues and sectors to create dynamic and impactful solutions. The series has been developed with input and support from the UN, including the UN Innovation Network.

When Old Technology Meets New: How UN Global Pulse is Using Radio and AI to Leave No Voice Behind