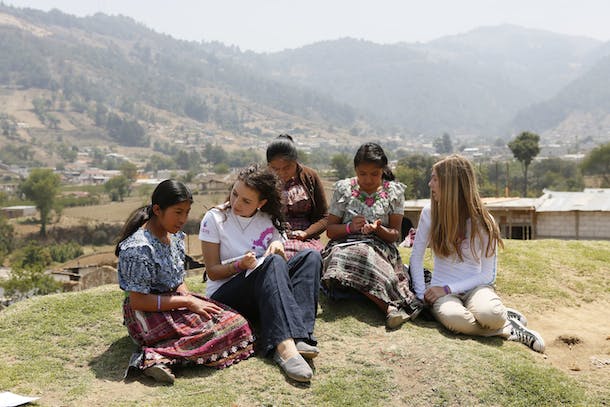 Editor’s Note: This post is part of a special series in honor of International Women’s Day. Over the coming days, the United Nations Foundation blog will feature posts on the world we picture for girls and women and the issues we need to address to advance women’s equality and empowerment.

What kind of world do you picture for girls and women? It’s a simple question, but one we don’t ask enough.

This month, the international community is gathering at the United Nations for the Commission on the Status of Women to take stock of where we are and where we need to go.

Twenty years ago, the world gathered at the UN conference on women in Beijing and committed to equality, dignity, and opportunity for half the world’s population.

Just think, in 1995, a baby girl was born into a world where only 11% of national parliamentarians were women, where at least 60 million girls didn’t have access to primary school, and where 59 women died every hour of complications from pregnancy or childbirth.

Today, as that girl turns 20, the world has changed. The share of women in national parliament has nearly doubled, the number of maternal deaths has almost been cut in half, and we’re close to achieving gender parity in primary education.

Simply put: This is the best time in history to be born a girl. It’s also our biggest opportunity to deliver for the millions of girls who have been left out of progress – because they deserve better.

But it’s important to recognize the progress we’re making, because it didn’t happen by accident; it happened because of the collective action of leaders from the halls of the UN to homes around the world.

The lesson is clear: When we act, change happens.

So what kind of world do we picture in the future, and what actions do we need to take to get there?

Over the coming days, the UN Foundation will share a series of blog posts at unfoundationblog.org to help answer those questions in more detail, and we hope you will join us through our #PictureIt campaign. Starting March 9, tweet a picture of yourself holding a sign with your vision, and use the hashtag #PictureIt to share with your friends, families, and networks what you want for the girls and women in your life and around the world.

As we prepare to launch the next set of global development goals that will take us through 2030, we have a unique opportunity to picture a world where every girl can go to school without fear, where a woman’s pay is determined by her talent, not her gender, and where violence against girls and women is treated as a crime and women’s health is treated as a basic right.

The UN is fighting for this world on a daily basis, and we need your continued support.

We can achieve the world we picture for girls and women, but it will take all of us raising our voices until the rights and needs of all girls and women are recognized.

As Gloria Steinem recently wrote, “At my age, in this still hierarchical time, people often ask me if I’m ‘passing the torch.’ I explain that I’m keeping my torch, thank you very much – and I’m using it to light the torches of others. Because only if each of us has a torch will there be enough light.”