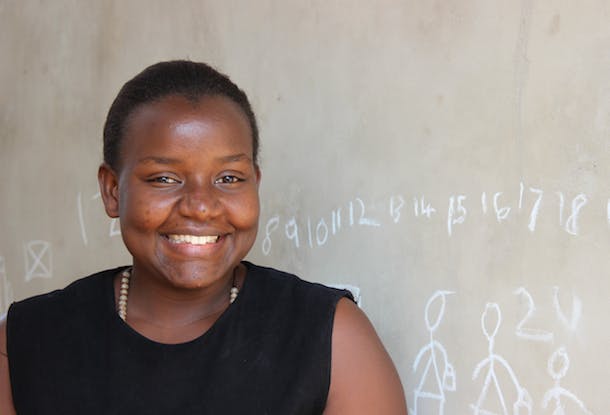 By 23, Amanda Banura of Uganda has overcome more than many people do in a lifetime. At a young age, Amanda was raped by her father’s friend.

“The first time, I didn’t know [what was happening],” she said. “This guy came and found me sleeping. He just took off my bedsheet and started touching me.…Then he told me, ‘If you talk, I’m going to beat you up. And if you tell your father, I’ll kill you.’”

As we’ve recently been hearing from so many women around the world, Amanda was a victim of gender-based violence, one of the most pervasive human rights abuses globally that knows no social, economic, or geographical bounds. Worldwide, an estimated one in three of us will experience physical or sexual abuse in our lifetime. Gender-based violence occurs in many forms – including intimate partner or domestic violence, sexual violence, and threat and coercion – and directly impacts our sexual and reproductive health and rights.

Women and girls who experience gender-based violence have had their basic human rights violated and are at increased risk of a myriad of other sexual and reproductive health threats, including unintended pregnancy, unsafe abortion, and sexually transmitted diseases. In some regions, for example, survivors of violence are 50% more likely to acquire HIV.

Women who face intimate partner or domestic violence are also routinely denied access to contraceptives or essential reproductive health care by these partners, hindering their ability to plan their families, pursue an education, or get a job. Gender-based violence is exacerbated in humanitarian emergencies and conflicts, where violence and rape are used as a tactic of war and displaced women and girls are at increased risk in the midst of chaos. Often, safe spaces and local health clinics run by international organizations such as the UN Population Fund (UNFPA) are the only place of refuge for survivors.

This violence takes a toll at a global level, too. Studies have shown that the estimated cost of violence is somewhere between one and two percent of gross domestic product. Ending violence against women is essential to achieving gender equality, one of the Sustainable Development Goals.

Amanda, like many survivors of violence, stayed silent about her abuse for many years. It was only when she received a scholarship to attend the 2013 International Conference on Family Planning and spoke to many young women like her that she realized that she was not alone.

“I went [to the conference] and met a group of vibrant young people, and I got to listen to many experiences from different countries, and I was like, ‘I’m not the only one who is really bad off,’” she said. “I was sexually harassed…by a relative to my father. I didn’t tell anyone because at the time…I was so scared, I was so vulnerable.”

When she returned to Uganda after the conference, Amanda was determined to take action on behalf of young people in her country. She started the Ugandan Youth Alliance, which works to empower Ugandan youth to lead interventions and decisions on family planning and sexual and reproductive health and rights. Amanda’s work is particularly important in a country where three-quarters of the population is under age 30. Her project is hosted by Reproductive Health Uganda, an international reproductive health and family planning NGO that received U.S. foreign aid.

With stories like Amanda’s happening around the world, the U.S. has a critical role to play in ensuring the sexual and reproductive health and rights of women and girls worldwide, including standing up against gender-based violence. Bipartisan leaders in Congress have taken an important first step in re-introducing the International Violence Against Women Act. But the reinstatement of the Global Gag Rule and the defunding of UNFPA, two harmful actions by the U.S. administration, jeopardize the work of international gender-based violence programs like those run by Reproductive Health Uganda, by UNFPA, and by survivors just like Amanda.

In adopting the Sustainable Development Goals, 193 countries – including the United States – agreed that the world should leave no one behind. It’s time we live up to those goals. Every person, every story counts.