Now is the Time to Save Lives from Looming Famine

Now is the Time to Save Lives from Looming Famine 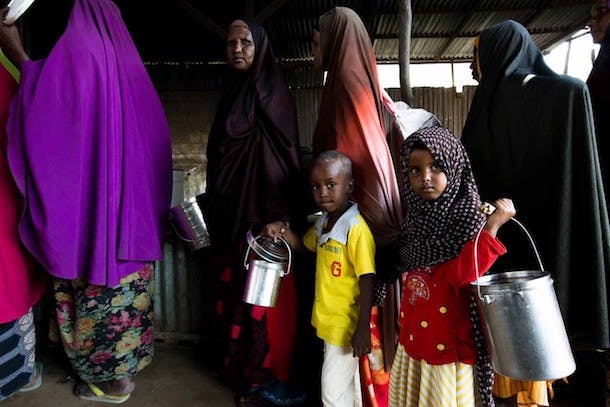 Ongoing conflict in these countries, combined with difficulty getting aid to those in need, has resulted in several humanitarian crises. According to the World Food Programme (WFP), “Famine remains relatively rare, and multiple, simultaneous famines have not been seen in modern times. People are already dying in all four countries because of malnutrition. The next stage it that the number of deaths will increase exponentially unless life-saving investment is made now.”

Children and displaced people continue to be particularly vulnerable, especially as funding to respond to the humanitarian crises has not kept pace with growing needs. The United Nations has said it needs at least $4.4 billion by the end of March to avert a catastrophe.

UN Secretary-General Antόnio Guterres issued an urgent call to action this week for the world to do more to help, saying: “The lives of millions of people depend on our collective ability to act. In our world of plenty, there is no excuse for inaction or indifference. We have heard the alerts. Now there is no time to lose.”

UN agencies including WFP, the UN Office for the Coordination of Humanitarian Affairs (OCHA), the Food and Agriculture Organization (FAO), the UN Children’s Fund (UNICEF), and the UN Refugee Agency (UNHCR) are working to provide lifesaving aid to those in need. Along with partners, UNICEF is providingtherapeutic treatment to severely malnourished children and WFP is launching emergency food distributions.

But these agencies and other humanitarian partners need unimpeded access to civilians and additional resources. And, as WFP Executive Director Ertharin Cousin noted, these countries need real peace, accountable governance, and infrastructure improvements.

How can you help?

Raise your voice: Help raise awareness of these crises and let your leaders, friends, and families know we must act to support the humanitarian responses and press for solutions for lasting peace.

If you are looking for something to share, Secretary-General Antόnio Guterres’s message can be found on Twitter here.

Businesses can learn more about how to support OCHA’s work by viewing this business guide.

If you are in the U.S., you can also donate to UNICEF USA.

If you are in the U.S., you can also donate to World Food Program USA.

If you are in the U.S., you can also donate to USA for UNHCR.

As UN Foundation Board Member Valerie Amos tweeted, “Famine in 2017 when we have the ability to feed the whole world. Disgraceful.” Join us in speaking out for global action to stop people from dying of hunger in the 21st century.

Here are more details on the situation in each country.

On February 21, UN agencies formally declared famine in parts of South Sudan, which means people have already started to die of hunger. Ongoing conflict in the world’s youngest country has left millions of people vulnerable; almost 5 million people face severe food insecurity, according to WFP. This is equivalent to 40% of the country’s population.

In Somalia, half of the country’s population, or around 6.2 million people, are either severely food insecure or in need of livelihood support, according to UNICEF and WFP. Children are especially at risk: 1 million are estimated to be malnourished; 185,000 of which are in dire need of life-saving support.

According to OCHA, the eight-year-long conflict and violence related to Boko Harem has left some 8.5 million people in need of aid in the worst-affected states in northeast Nigeria. In the coming months, around 5.1 million people will face severe food insecurity in the region, and the number of children with severe acute malnutrition is expected to reach 450,000 this year.

Nearly two years of conflict in Yemen has left an estimated 14 million people food insecure and reduced agricultural production in the country. More than 460,000 children are suffering from severe acute malnutrition – a nearly 200% increase since 2014.