My grandfather, the peacekeeper

My grandfather, the peacekeeper 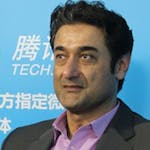 I’m an entrepreneur, a believer in the American dream, and the proud grandson of a United Nations peacekeeper.

And more than 50 years after my grandfather was deployed to defend civilians against the worst hardships of war and political upheaval, I carry his story with me. It motivates me every day.

I wanted to share it with you because it’s an important reminder that the men and women under the blue helmets, who risk their lives to defend our most basic rights and values, are real people like my grandfather.

My grandfather, Major Tirath Singh, was one of the first Indian officers in the British Army, so he had to fight that much harder every single step of the way for everything he accomplished.

In 1952, he commanded the relatively unknown 5-Mahir Regiment, which in a few short years under his leadership, had become famous for its discipline and battle readiness – and was even chosen to support the United Nations when India offered its first troops to help with peacekeeping efforts.

Since then, the UN and the 5-Mahir Regiment story have become a part of the Singh household, synonymous with hard work and persistence — values that shaped our future as my family sought our U.S. citizenship and established a successful business here.

That’s why I’m saying thank you to all the peacekeepers who carry on the legacy of my grandfather every single day, in some of the most dangerous places in the world.

Join me by signing the Better World Campaign’s thank you card to UN peacekeepers here.

Narry Singh is a seasoned technology entrepreneur who was most recently the Chief Business Guru at Outfit7 Inc. – the creator of “Talking Tom” and many other mobile apps. With Narry onboard, Outfit7 became one of the world’s leading mobile entertainment companies with over 650 million user installs in more than 100 countries. He is a member of the United Nations Foundation’s Global Entrepreneurs Council.