We Must Ensure No Survivor is Left Behind

We Must Ensure No Survivor is Left Behind 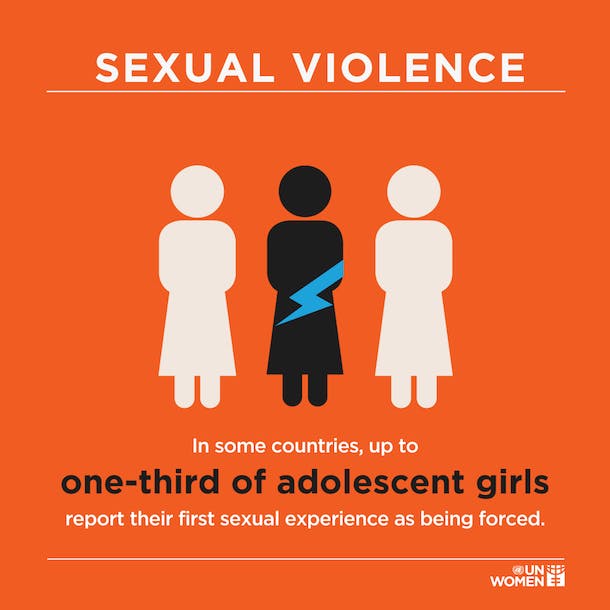 By Amanda Nguyen, Founder and CEO of Rise, and Jessica Long, Riser with the UN portfolio

The question I wake up with every day is, “What is my place in the universe, and what can I do about it?”

My name is Amanda Nguyen, and after my rape, I felt despair. I had been struggling to understand the labyrinth of laws and felt isolated by my state’s criminal justice system. I remember witnessing the waiting room in my local rape crisis center fill. I realized my story is not mine alone. It became clear that I had a choice. I could either accept the injustice, or rewrite the law. I chose the latter. Together, with the help of incredible people, I did the impossible, penned my own civil rights into existence.

I founded a team called Rise, a civil rights nonprofit that fights for sexual violence civil rights. In 2016, we drafted and passed the Sexual Assault Survivors’ Bill of Rights unanimously through a divided Congress, a feat accomplished by only 21 bills in modern U.S. history. Today, the Rise Movement has spread internationally. We have created 12 laws in nine states and two countries. Japan is the latest country to pass these rights.

We’ve heard from countries across the global. Every time someone new shares their story with me, it’s like a coal I carry. It’s a weight, but it keeps my fire burning and reminds me why I have chosen to fight. Sexual violence needs to be a priority by global leaders. There are at least 1.3 billion women survivors and countless other men and children too. Sexual assault is a grave threat to justice and the fundamental rights of men, women, and children throughout the world. In every corner of the globe, sexual assault survivors encounter inadequate institutions and resources.

Change is possible when we come together. No one is invisible when we demand to be seen. I believe in our common humanity as global citizens to make this world better, for survivors and for all of us. Join the movement to end sexual violence. Sign up at risenow.us.

My name is Jessica Long. Just over a year ago, I was drugged, assaulted, and abandoned thousands of miles from home. Like Amanda, I experienced the injustices of the very systems that are meant to protect us. I was turned away from a hospital, pressured to not file a complaint by the police, endured unsympathetic examinations, and told that there was no legal recourse. I was handed-off from one agency or official to the next, each one telling me that they were sorry, but there was nothing they could do to help. I was even warned that I could be arrested, as the drugs found in my system were illegal in that country. And like millions of other victims of sexual assault, I felt ashamed and helpless. I couldn’t return to work, I couldn’t sleep, and I became afraid of both strangers and friends. Despite being an active member of my community and a leader in my profession, I felt left behind after my assault.

Turning pain into a global movement

Unfortunately, our stories are not unique. Sexual violence is a global issue that demands international recognition and action. Worldwide, 35% of women – 1.3 billion people – are survivors of sexual violence. And the financial costs to society are staggering – in the United States alone, sexual violence costs over $750 billion per year. Over 90% of victims experience post-traumatic stress disorder, and 50% were forced to quit or leave their jobs within a year of their attack.

People around the world have already begun to mobilize in response to this epidemic, marching and organizing in solidarity with survivors and calling on their leaders to act. In countries like Argentina, Israel, India, and Kenya, protesters have taken to the streets to demand justice for survivors. From Japan to Tunisia to Lebanon, we have seen countries across the world react to this call for action by passing legislative reforms aimed at expanding survivors’ protections.

But even with the brave few speaking out and fighting for their rights, many victims are still concerned about the stigma of sharing their stories. The stigma is real, and it is horrible. But we also have hope that the stigma is turning. This past September, Rise hosted a dialogue at the United Nations General Assembly Concordia Summit, which included seven countries, two former Heads of State, and leaders from the non-profit and business communities. Each speaker shared their own personal stories of survival or connections to sexual assault. This cross-sector event marked the launch of our efforts to help address this issue at the global level, one which will advocate for and solidify the rights of victims of sexual assault.

At Rise, we believe justice should not depend on geography, gender, or financial status. Basic protections and rights should be available to every survivor. We must have international support for rape and sexual assault survivors. After we went public about our rapes, so many people reached out privately and shared their own stories of survival and harrowing experiences with the health and justice system. At least 1.3 billion women and girls feel the same way we do, and 1.3 billion women and girls are carrying the coals to light their fires. It is imperative we provide them what they need, starting by ending the stigma and ensuring no survivor is left behind. So join the movement. Sign up to volunteer with us at risenow.us, help UN Women paint the world orange these 16 days, and provide a voice for sexual violence survivors everywhere.

To mark the 16 Days of Activism to end gender-based violence, the UN Foundation is featuring a diverse chorus of voices against violence between now and Human Rights Day, December 10. Visit the UN Foundation blog to learn more about the dimensions of this challenge, to read about unique and emerging approaches to end it, and to UNiTE to end violence against girls and women. Support the UN Trust Fund to End Violence against Women here.