Momentum for Every Woman Every Child

Momentum for Every Woman Every Child 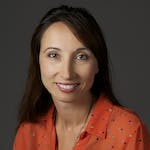 Leaders from around the world and across sectors came together last week at the United Nations General Assembly to reaffirm their commitment to Every Woman Every Child, a movement launched by UN Secretary-General Ban Ki-moon in 2010 to mobilize global action on women’s and children’s health.

Through this movement, governments, businesses, and other organizations make commitments and work off of a common framework to support women’s and children’s health.

The good news is we’re making progress: Maternal mortality and child mortality rates have both dropped by nearly 50 percent since 1990.  And we have tools like vaccines and solutions like training midwives to make even more progress.

But it’s still not enough.  Without greater resources and resolve, millions of women and children will continue to die of preventable causes and we won’t meet MDG 4 (reducing child mortality by two-thirds by 2015) and MDG 5 (reducing maternal mortality by three-fourths and achieving universal access to reproductive health by 2015).

With fewer than 825 days to achieve the MDGs, now is the time to step up our efforts.  That’s why the UN, the UN Foundation, and a range of partners made Every Woman Every Child a top priority during the General Assembly last week.

Here are some highlights from the week.  Additional information on events, reports, and updates can be found at everywomaneverychild.org. You can also checkout the #MDG456live “Hub” to stay current on the health MDGs.

Our community came out of last week hopeful about the progress we can make together for women and children through Every Woman Every Child.  You can learn more at everywomaneverychild.org.