Milestone in Nigeria: One Year without Polio

Milestone in Nigeria: One Year without Polio 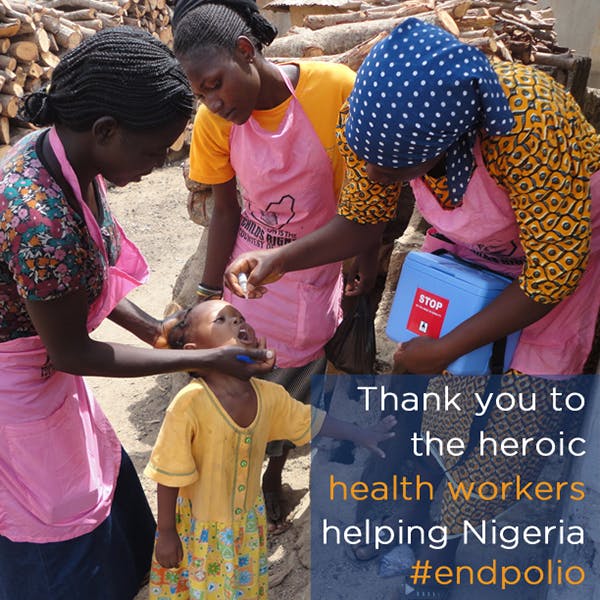 Today is an important moment in the fight to rid the world of polio: Nigeria reached one year without a new case of wild polio.

Nigeria is one of three countries where the transmission of polio has never been stopped (Afghanistan and Pakistan are the other two countries), so ending polio in Nigeria is essential to ending polio in Africa and around the world. It’s simple: Polio doesn’t respect borders. Until we stop polio in the three endemic countries, other countries that don’t have polio are at risk of importing it.

The good news is: Nigeria’s progress shows us that we can win the fight against polio when we act.

This moment didn’t happened by accident; it happened because of the hard work of tens of thousands of health workers and partners, strong financing and commitment from the Nigerian government and the global community, and innovative strategies to get vaccines to hard-to-reach children.

While this is a big milestone, the job isn’t finished.

To be certified polio-free, Nigeria needs to go two more years without a case of wild polio. According to the Global Polio Eradication Initiative, this task will require:

Now is the time to build on this momentum and finish the job against polio. Each of us can play a role by making sure world leaders and the international community remain committed to polio eradication.

TAKE ACTION: One great way to support efforts to end polio is to donate to the UN Foundation’s Shot@Life campaign, which helps provide polio vaccines to protect children around the world.