Meet Carrenjoy in the Philippines

Meet Carrenjoy in the Philippines 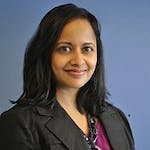 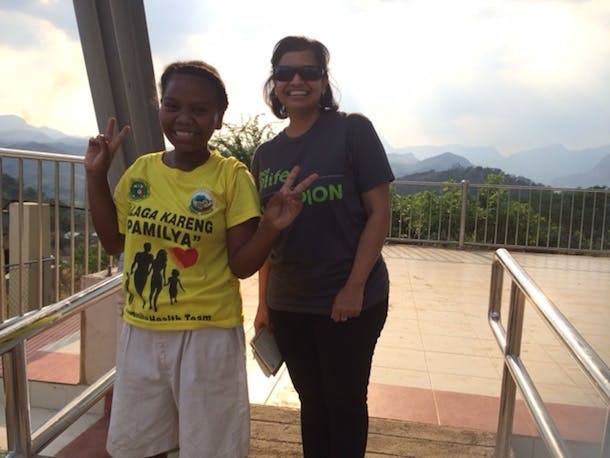 Situated on a mountain, two hours north of the capital city of Manila, is Barangay Tandang Kutyo. There, I met Carrenjoy, a 23-year-old mother who has a daughter named Leslie.

Carrenjoy is a community health volunteer who dedicates her time to strengthening her community’s health services so more children in her community have the chance to grow up to be healthy, productive adults. I was in the Philippines as part of a trip with Shot@Life Champions to learn about how the United Nations, partners, and health workers like Carrenjoy are helping protect children from measles – a preventable disease that is responsible for, on average, 400 child deaths a day.

In 2013, Typhoon Haiyan devastated parts of the Philippines, which were left especially vulnerable to measles outbreaks.

Thanks to the government and UNICEF children were protected in a mass immunization campaign against measles in Tandang Kutyo in 2014. This campaign was a response to the recent outbreak that started in 2013.

Blue storage boxes filled with ice packs ensured that the vaccines against measles would be transported safely up the mountain and brought to a community health hall. A small concrete building in the center of the mountain village, the hall is where all activity happens including social meetings and health services. Community nurses and volunteers then went house-to-house to bring children and their mothers down or up steep mountain terrain to the community hall.

Carrenjoy is grateful that Leslie has received all her immunizations. Leslie can go to school and have a bright future since she’ll be protected from dangerous diseases, like measles.

This World Immunization Week, I urge you support efforts to “close the immunization gap” in countries like the Philippines and help reach children who don’t have access to vaccines to protect them from measles and other deadly diseases. Make a donation and tell your friends. All it take is just $2 to fully immunize a child against measles — for life.