More than 1,000 people from 134 countries applied to pitch their innovative ideas at the third-annual United Nations Solutions Summit, an event co-hosted by the UN Foundation, shift7, Local 2030 and the Global Innovation Exchange to accelerate smart, bold actions to achieve the Sustainable Development Goals (SDGs).

For three days during this year’s UN General Assembly, this inspiring group of global innovators will give four-minute “lightning talks” about their breakthrough efforts to an audience of policymakers, investors and industry leaders at the SDG Media Zone at UN headquarters in New York. Fellow entrepreneurs and youth leaders will also be on hand to share their experience and offer fresh ideas. Think of it as Shark Tank for the global goals.

Meet the solution makers who earned this year’s 10 coveted spots and learn how they’re improving the world one idea at a time: 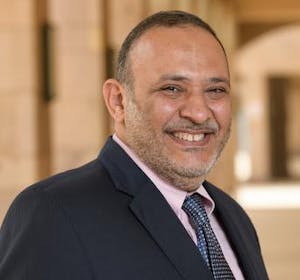 Globally, more 150 million people are infected with the Hepatitis C virus (HCv), 70 million of whom become chronically infected. Yet due to a lack of awareness and expensive diagnostic tests, only one in five people know they have the disease. Only centralized laboratories can administer molecular diagnostic tests, which require expensive instruments, sophisticated infrastructure, and trained technicians.

To help achieve WHO’s target of HCv elimination by 2030, Dr. Hassan Azzazy founded D-Kimia to develop real-time, low-cost instruments and testing kits to empower low- and medium-size laboratories to run molecular diagnosis for detection of HCv. Unlike current commercial solutions, D-Kimia instruments are open-source systems that can be easily modified to enable detection of other viral and bacterial infections as well as cancer biomarkers. The D-Kimia kit has been tested on hundreds of samples, performing similar to or better than commercial solutions. 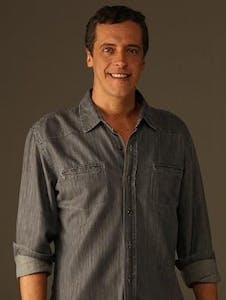 Half of all young people between the ages of 15 and 29 in Brazil are economically disconnected to a world that is evolving technologically at a rapid pace. That’s 25 million young people who are denied the opportunities that access to digital technology and education can afford. Through Recode/CDI International, Rodrigo Baggio seeks to bring young people into these economies and transform their futures in socially vulnerable Brazilian communities.

Recode/CDI International transforms existing educational spaces – schools, community centers, libraries – into Digital Empowerment Centers for teachers, social educators and young people, strengthening and building skills such as leadership, entrepreneurship, digital and analytical skills, and creativity, encouraging the use of technologies in an ethical, transformative way, heightening global awareness, and social and civic entrepreneurship. Recode/CDI International currently has 600 Digital Empowerment Centers in its network and aims to expand to 100,000 Digital Empowerment Centers over the next 10 years. The overall goal? To empower an entire generation of 1 million young Brazilians.

Board Member, Beacon of Hope (UAE) 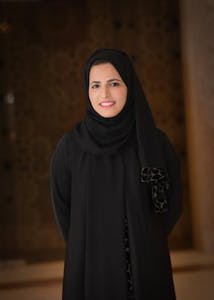 Children growing up in war-torn and impoverished areas are more vulnerable to stunted intellectual growth, low self-esteem and hopelessness.

To support children living in these circumstances, Sarah Bawazir became an advocate for Beacon of Hope, which provides an LED light circuit that can be re-charged using solar energy. Using these “Beacon-in-a-Box” kits, children can make their own solar-powered personal light source while also learning basic concepts of science and engineering. Beacon for Hope has reached more than 6,800 children across the globe and plans to expand across the Arabian Peninsula and Africa. 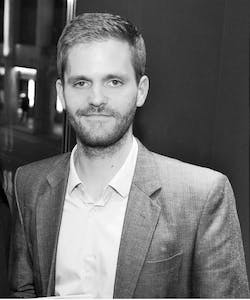 Right now 1.6 billion people worldwide live in areas of economic water scarcity caused by a lack of infrastructure or a lack of access to sanitation technology, despite having physical water resources available. Reliable irrigation systems can be a life-changing tool for all farmers, especially smallholder farmers, who could then cultivate year-round without depending on rainfall, thus increasing their yields and income by 3 to 5 times.

To address this enormous challenge, Lennart Thore Budelmann co-founded aQysta, a startup to develop and deploy water pumps that operate without fuel or electricity. aQysta’s Barsha Pump — “Barsha” means rain in Nepalese — utilizes energy from flowing water sources such as rivers or canals to pump water up, without requiring any fuel or electricity. Thus, the pump runs on zero operating costs and does not emit any greenhouse gases. The Barsha pump is propelled by a waterwheel, making it suitable for use in a wide range of rivers and canals, without the need for infrastructure. The Barsha Pump is designed as an assembly kit, so it can assembled without specialized knowledge or tools. To date, more than 200 units of Barsha Pumps have been deployed across 13 countries. In the next 5 years, aQysta aims to sell 12,000 units and reduce more than 50,000 tons of CO2 emissions. 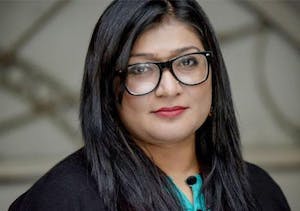 Women around the world are often discouraged from participating in online discourse as a result of harassment. In some cases, online harassment can result in offline, physical violence. Driven by a lack of solutions for this pervasive issue, Nighat Dad launched the Digital Rights Foundation to realize a future where all people — especially women and minorities — can exercise their right of expression online without being threatened.

The foundation’s Cyber Harassment Helpline consists of a team of lawyers, digital security experts and counselors to provide legal advice, digital security assistance and counseling for victims of online harassment and violence. The helpline also features a referral system for more specific services by tapping into existing local, regional and international networks. Since its launch, the helpline has provided assistance to more than 2,000 victims of online harassment while expanding and adapting its services to the ever-changing legal landscape of digital rights and emerging technologies. 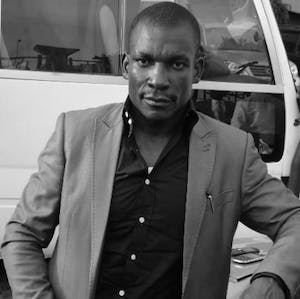 Every year, 4 million people die from illnesses caused by household air pollution. Emissions from traditional cooking practices are a significant global source of black carbon, the second largest contributor to global warming. In Africa alone, 4 million hectares of forests are harvested each year for cooking fuel while poor families spend up to a staggering 25% of their income on cooking fuel each year.

Nigerian entrepreneur Okey Esse decided to take action by developing Powerstove, a smokeless cookstove that burns biomass and converts that heat into a micro, off-grid electrical source. This power source can be used to charge phones, power radios, or light LED bulbs using the built-in USB and DC ports, providing a convenient source of electricity in remote areas. The Powerstove speeds up cooking times, lowers carbon emissions by 65%, and produces Goodlife Biomass Pellets from wood, forestry, or agricultural waste. It’s the world’s first clean cookstove with a built-in, self-powered, cloud-based remote system for improved monitoring that allows rural women to receive cash payments for their measured use of improved cookstoves and carbon mitigation. Over the next 2 years, Powerstove plans to sell more than 482,000 units across Nigeria, benefiting 2,410,000 people and saving households more than $1.2 million in fuel costs. 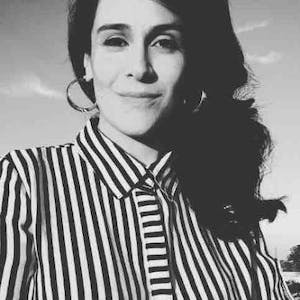 In areas where organized crime is endemic, policymakers tend to overlook community responses that deal with criminality at a local level. When Siria Gastelum started working in this area, she observed a disconnect between global conversations around organized crime and the local realities of places like her own hometown in Sinaloa, Mexico.

The experience led her to launch the GI Resilience Project, an effort to identify what makes communities both vulnerable and resilient in the face of widespread corruption through research-driven workshops, dialogues, and participant feedback. With ongoing pilot projects in Mexico, Central America, and South Africa, the goal of the project is to incubate, replicate and promote local community efforts to fight criminal governance themselves. 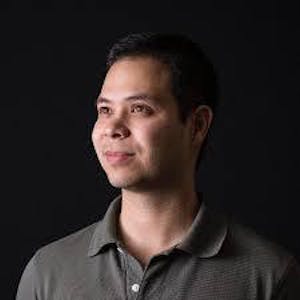 An estimated 750 million adults worldwide are illiterate — in both developed and developing countries. Without adequate reading skills, children are unable to reach their full potential in school and adults are unable to pursue many careers. Nick Lum developed BeeLine Reader, a research-backed tool, to improve learning and reading ability for students of all ages and skill levels.

By displaying text using color gradients that wrap from the end of one line to the beginning of the next, BeeLine facilitates visual tracking and enables the reader to focus on other aspects of reading, such as decoding and comprehension. The tool is particularly beneficial for people with disabilities such as dyslexia, ADHD, autism, and vision impairments. The technology has been adopted by literacy nonprofits Bookshare.org and Reading Is Fundamental, as well as the California Public Library System. BeeLine Reader tools are currently used around the world in 60 languages and 120 countries with a goal to expand to 1 million users in the next 18 months. 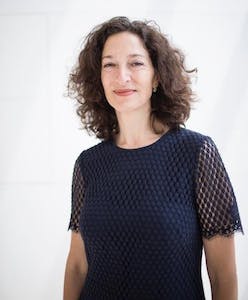 Sandra Sassow co-founded SEaB Energy & SEaB Power (SEaB) based on a vision in which cities and remote communities could capitalize on their waste as renewable sources of energy, water, and fertilizer, while lessening the negative impacts of waste collection. SEaB’s “Flexibuster” transforms organic waste into biogas onsite through an automated anaerobic digestion process. The plug-and-play container has a modular design, allowing for easy scalability.

This approach eliminates waste disposal costs and methane emission, turning the gas into clean energy to power electricity, heat, cooling, and road fuel. With installations in progress in 4 countries, and representation in 10 more, the impact of decentralizing waste management practices is growing quickly. For every 1,000 tons of organic waste treated onsite in the SEaB Flexibuster, approximately 400 tons of carbon equivalent are offset, in addition to the reduction of traffic congestion in major cities. To date, 1,280 tons of carbon have been offset and a further 5,280 tons will be offset in the next 12 months. 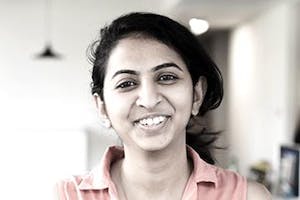 Families in rural areas make up the largest segment of the world’s poor. That’s why inclusive value chains for rural citizens could drive an economic renaissance for more than 50% of the developing world, fulfilling the promise of health equity and opportunity for 3 billion people in emerging markets.

Even in the most remote and rural settings, the most effective business technology is often a smartphone. Logistimo’s technology taps into the ubiquity of mobile phones and cloud computing technologies to tackle systemic information asymmetry and ensure availability of essential goods like vaccines and medicines in rural areas. From a farmer in a remote village to a market owner, everyone depends on the visibility and transparency of information in their supply chain.

The UN Solutions Summit embodies the last and arguably the most important of the 17 global goals: Goal #17 – Partnerships. Without a broad range of partnerships that break down silos between nations, industries and individuals, we will never achieve our global agenda. By promoting greater ambition and collaboration on worsening global challenges, the Solutions Summit mobilizes local action and global ambition to achieve the SDGs for everyone, everywhere.

3D Printing For Good: How One Nonprofit Is “Printing” Homes For Families In Need