What Do M&Ms and UN Peacekeepers Have in Common?

What Do M&Ms and UN Peacekeepers Have in Common? 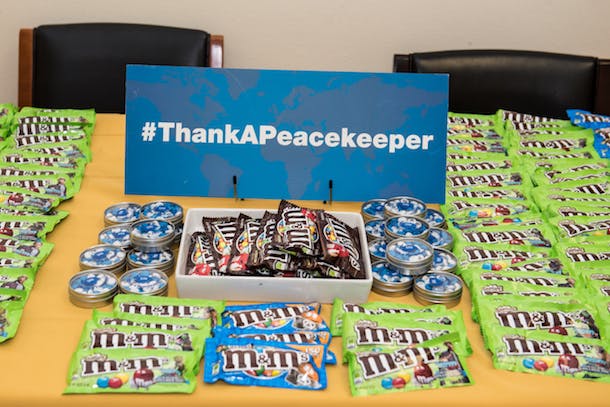 Cocoa beans are the most important ingredient in chocolate, and without a consistent and ongoing supply of quality cocoa, chocolate products wouldn’t be possible.

Cote d’Ivoire is by far the largest, and therefore the most important, producer of cocoa beans in the world, producing more than 35% of the global output. In Cote d’Ivoire, cocoa is a family farm crop, with an estimated 900,000 families producing cocoa for the global market on small farms that are typically about three acres in size.

These families unfortunately live in very challenging conditions due primarily to the very low yields that exist on their aging farms. Mars, as well as other large chocolate companies, are working together in Cote d’Ivoire to improve these farms with the goal of increasing production, and ultimately their family incomes.

I have been working in Cote d’Ivoire for more than 20 years and have watched the country go through good as well as more difficult times.

Presently, the country is enjoying a period of relative stability, which is due in large part to the actions of United Nations Peacekeeping forces and the important role they played in both the 2010 and the 2015 elections that took place in Cote d’Ivoire. In addition to its election-related activities, the UN Peacekeeping mission supported broader efforts to help stabilize the country, providing vocational training and other services to nearly 20,000 former combatants to help ease their reintegration into society. As a result of these achievements, the United Nations Operation in Cote d’Ivoire (UNOCI) is scheduled to close and depart the country at the end of June.

The increased political and economic stability is of course important to the citizens of Cote d’Ivoire. Cocoa farmers have much more confidence in the country’s administration and leadership thanks to those elections, and we have seen them begin to make needed investments in their farms.

Stability is also important to Mars and all the companies that operate within this global supply chain. Cocoa is a tree crop, and the changes we seek to make on farms require five to eight years to show results. Mars has made significant investments in the country, and we need to have confidence that those investments will bear fruit and have value over the long-term.

Other companies as well as company-supported organizations like the World Cocoa Foundation have also made significant investments in Cote d’Ivoire based on their perspective that the country will remain on the track of stability with good governance and rule of law.

The United Nations Peacekeeping Force is to be commended for their efforts in Cote d’Ivoire.

At Mars, we are grateful for this effort and supportive of all the work that the UN does to support the cause of peace, the promotion of freedom, and respect for human rights.